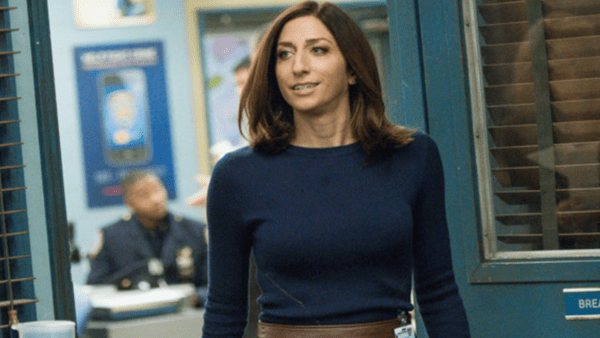 Welcome folk to another great Brooklyn Nine-nine quiz and this time we are ready to ask you some pretty hard questions about our sassy queen Gina Linetti. Though Gina broke our heart by leaving us in the middle of the show her performance is worth watching a thousand times. So without wasting any more time, let’s take a look at the character development of Gina and then take up the Gina Linetti quiz.

Brooklyn Nine-nine will always be counted as one of the most successful sitcoms of all time. But it is not only notable for its classic comedy but also for the consistency it provided over the years to its viewers. A lot of shows start very well but after a couple of seasons, they start feeling boring and repetitive. But this is not the case with Brooklyn Nine-nine. And if not full but a huge amount of credit goes to its awesome and huge star cast that provided freshness to the show. And yes, it also made it easy for the writers to inculcate different plotlines as well which contributed a lot to its consistent awesome comedy.

When it comes to the star cast of Brooklyn Nine-nine, we have the best of the best. There are seven lead characters in the show and it is hard to say who is the best. Now if we come down to our hilarious gal Gina, who left the show in season six, we come to know that she was one of the coolest and most carefree characters of the show. And possibly, she is the second most loved character of the show, after Jake Peralta. Just like every other character Gina also had a tremendous character development which made us all fall in love with her character. 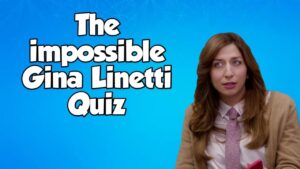 One of the most important things that connect her with the audience is her caring attitude towards her mother. Remember her warning to Charles if his father ever hurt her? Just kidding! That was too over the line but seriously though she is the kind of person who is strict at the surface but loving at heart. Her nature in the office is often weird but she is quite an entertaining character. Most of the people hate her for her mean comments on Amy but it takes very little time for her to realize her mistake and a new friendship blooms between the two of them.

Another thing that is very much a part of her nature is her way to take action on her instincts. No matter what it is about, if something has come to her mind, she will get it. All of us want to be like that right? But we can’t and this makes us envy her rather than love her. But somewhere we love that life and this makes us all love her character and support her no matter what. So now it’s time for you to take up the quiz. So scroll down and take up the Gina Linetti quiz and let us know your score in the comment box below.

The Hardest Gina Linetti Quiz Ever