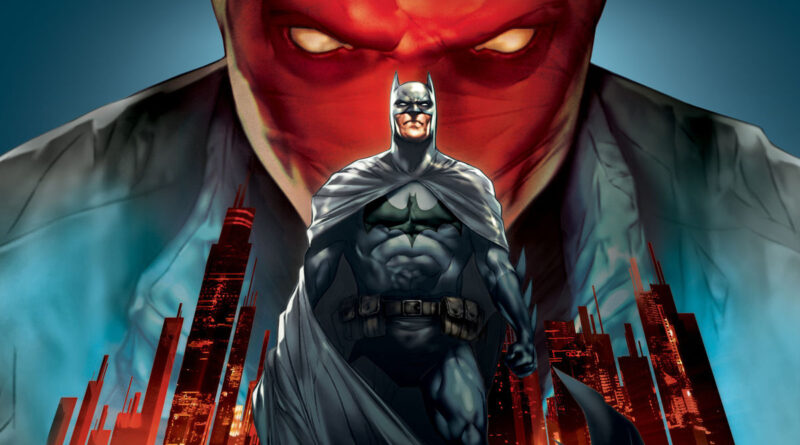 Batman, also known as the Masked Crusader, has been a superhero icon for decades. Way before Marvel Cinematic Universe launched its first superhero in the form of Iron Man on our silver screens, DC had already made a separate fan base for its caped vigilante – Batman. The first Batman movie released in 1966, was directed by Adam West.

Batman has come a long way since then. The simpler devices of decades ago have been replaced with uber-cool Batmobiles and complex weapons that make us envious of the millionaire hero but also look at him with eyes full of awe. Many years have passed and we have already seen various renditions of Batman.

There are many choices ranging from the dark, gritty city of Gotham in the 1989 Tim Burton movies or the Christopher Nolan masterpiece in the form of the “The Dark Knight”. In this article, we have ranked the best Batman movies of all time.

Here are the ten best Batman movies of all time, based on ratings from major sites like IMDb, Rotten Tomatoes, etc. We’ve tried to maintain the list as inclusive as possible by also including animated features as well. So, without further ado, let’s get on to it! 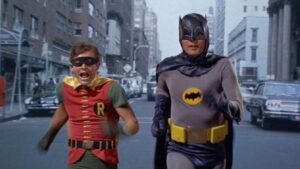 The first Batman movie to be directed and introduced to our silver screens is way different from what we know Batman now as. One of the reviews on Rotten Tomatoes described Batman as “Goofy” – A word that could never be used to describe the Batman that we know now. Nonetheless, it is filled with present-day cultural references. It also introduced the roster of typical Batman Villains in the form of Cesar Romero as Joker and Burgess Meredith as the Penguin. This movie could definitely be a great throwback superhero movie to watch with a bunch of friends. Directed by Tim Burton, this was Batman reimagined from what we were introduced to in 1966. Burton brought a sense of darker aspects to his Batman, with a gothic and gloomy Gotham City that showed the difference between the shiny life of the elite class and the dingy darkness of the underworld of the criminals.

Michael Keaton did a phenomenal job in playing Bruce Wayne and showing his inner turmoil as a lonely kid growing up with the trauma of his murdered parents. But despite this, it was Jack Nicholson who stole the show as the arch-nemesis Joker. In a way, the Tim Burton directorial paved the way for the superhero movies we know today. 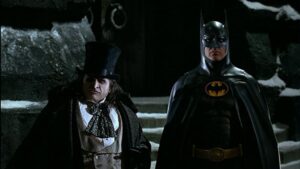 The second directorial venture of Tim Burton exceeds the expectations set by the first movie. It brings a new villain in the form of The Penguin played by Danny DeVito. If the first part was anything to go by, the sequel was crazier and darker in every aspect. In his quest for vengeance for being abandoned, the Penguin kidnaps all of Gotham’s firstborn children. This sequel carries on the dark and brooding Gotham City built by Burton in his first film. 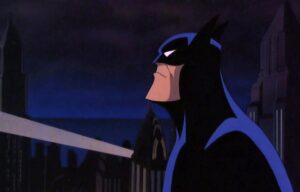 One of the most underrated Batman movies, Batman: Mask of the Phantasm is an animated take on The Caped Crusader. It is a spin-off of Batman: the animated series. Quite often helmed as a hidden gem, Mask of The Phantasm carries on the dark, brooding theme characteristic of Batman and Gotham City. It introduces an entirely new villain in the form of Phantasm, a vigilante like Batman himself.

Being the first theatrical release of an animated movie, it lived up to the expectations by delivering a mystery that kept building throughout the story. 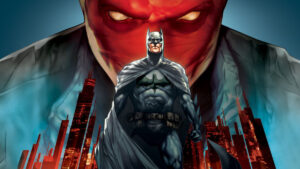 Another story of a vigilante villain, Batman under the red hood, introduces us to the villain known as Red Hood. This is another animated adventure that keeps up the legacy of the batman by delivering slick action sequences, and top-notch performances by the voice actors for the characters. The movie becomes more emotional due to the relationship between Batman and Red Hood.

Although intended for a younger audience, the dark aesthetics and action sequences are enjoyable for the older viewers as well. It is one of the best Batman movies of all time. 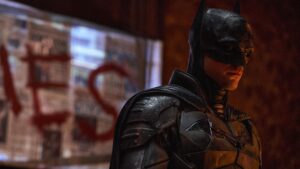 The newest addition to the list, The Batman, released in 2022 is directed by Matt Reeves. It stars Robert Pattinson as the Masked Vigilante and stars Zoe Kravitz as The Catwoman. One of the most hyped up and waited for movies before its release, it continues the dark and brooding world of The Batman

It also introduces the newest villain on the roster in the form of The Riddler, a sociopathic serial killer who leaves cryptic clues behind each person he murders. In addition to looking out for the serial killer, Batman also aims at revealing the identity of the people corrupted at the highest positions of power. 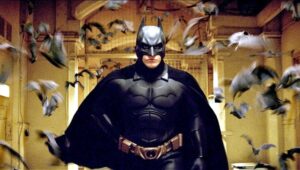 The first movie to start the trilogy that would create history moving forward, Batman Begins is the first movie to be directed by Christopher Nolan. After an 8-year hiatus from having any batman movie released at the theatres, Nolan completely revolutionalized the DC universe.

Batman Begins introduces us to the grounding reality of Gotham City with a dark and brooding backdrop. Christian Bale essays the role of Batman and does a fantastic job in portraying an origin story for Bruce Wayne with just the right amount of realism and emotional factor. The villain in this story is played by Cillian Murphy as The Scarecrow, who aims to manipulate the minds of the entire Gotham Population. This movie was critically acclaimed and became the ninth-highest grossing movie of the year 2005.

The Lego Batman movie may come as a surprise in the list of best Batman movies of all time. But this animated adventure is quite highly acclaimed by the audience and critics alike. It comes as a fresh breath of air from the brooding, dark and gloomy world of Gotham city.

Its comic-driven punchline and quite a few references to the existing batman movies make it a really fun watch. Add Batman’s sidekick Robin and Alfred’s (Batman’s Butler) help to lighten up the ever-brooding Batman, and you have yourself completely funny mayhem to watch. It is among the best Batman movies of all time. 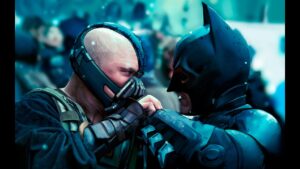 The Dark Knight Rises is the third movie in the Dark Knight Trilogy. This was the last part of the Christopher Nolan created Universe. It sees Batman come out of his retirement to fight a vicious villain named Bane, who is causing chaos and destruction all over Gotham City.

Christian Bale reprises his role as The Batman in this movie, while Tom Hardy joins the cast as the villain, Bane. Another addition is that of Anne Hathaway as The Catwoman. This movie does a great job in tying up all the ends and helping fans bid goodbye to Nolan’s take on The Batman. 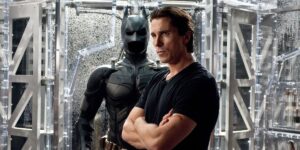 The Dark Knight is an absolute no-brainer no.1 on this list. Truth to be told, we all saw this coming. This Nolan Masterpiece redefined superhero movies. We all know superheroes to be something of a figment of our imagination, but with The Dark Knight, Nolan tries to stick to reality as much as possible. This made Bruce Wayne someone that you could easily sympathize with on the screens.

Even though Christian Bale was amazing as The Dark Knight, it was Heath Ledger’s Joker that has created history. His portrayal of Joker has made the character iconic and timeless. This movie with its brilliantly-crafted storytelling, an insanely psychotic Villain, and practical VFX makes it a thriller full of twists and turns that you can re-watch numerous times.

Checkout: Most Powerful DC Superheroes of all Time