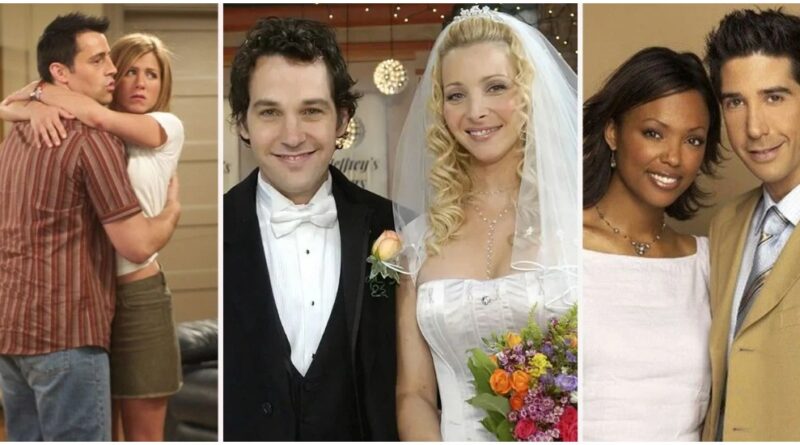 All the F.R.I.E.N.D.S fans will understand this when we say that the show has given us many amazing couples we have gushed about. From Ross and Emily, Rachel and Joshua, Joey and Charlie, to Monica and Chandler, Phoebe and Mike, and Ross and Rachel, F.R.I.E.N.D.S has witnessed some incredible, and also some unnecessary couples and we love them all.

Throughout the show, each one of our favorite characters, Chandler, Monica, Joey, Rachel, Ross, and Phoebe could be seen getting into various relationships while they tried to get a hold of their lives. We all have enjoyed how each one of these relationships shaped up and how some of them were even hard lessons for these characters.

The best part about F.R.I.E.N.D.S is that the show has portrayed life in its truest sense. Now that you have our attention, we are going to talk about the 10 best couples of the series and everything that we loved about them. This is going to be tough for us as we have many favorites, but we have tried our best to rank the best couples in Friends.

Here are the 10 best couples in Friends. 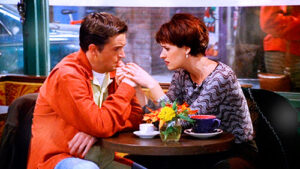 Chandler wasn’t very proud of his relationship with Kathy as they started off by cheating on Joey. On the other hand, Chandler and Kathy had amazing chemistry together and they bonded well.

The terrible part about their relationship was how it ended as it really affected Chandler. We saw how he went through all of his breakup stages and how it really hurt him. Fans always thought that Chandler and Kathy might end up together as they shared many common interests and it was sad that it did not work out. 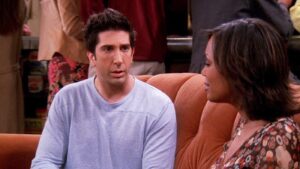 Ross and Charlie made a perfect couple in so many ways. They shared similar interests, and they really seemed to hit it off. The two of them made quite a team and one could easily imagine them to be the endgame.

Out of all of Ross’ relationships throughout the series, apart from Rachel, Ross and Charlie could be the perfect match as they had so much in common and they perfectly complemented each other. We did not expect Charlie’s ex to suddenly reappear in the series and steal her away from Ross. If it weren’t for that, we really think that Charlie would’ve been the one for him. 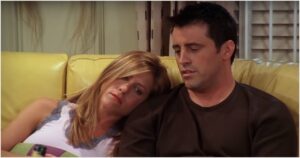 Rachel and Joey as a couple were very controversial as many of us thought that they should have never been together. Their friendship and their relationship so amazing and Joey was literally better for Rachel than Ross ever was. Joey loved her in a way no one ever did. He really cared about Rachel and he always had her back.

On the other hand, Joey was also an incredible friend as he gave up on Rachel because he knew that Ross and Rachel were always a thing. They never got into a real relationship, but they were definitely one of the best couples in Friends 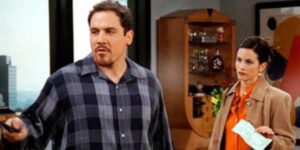 Monica and Pete were such cuties. Remember how Pete did all that he could to win Monica’s heart? He was such a sweetheart and they made such a great pair together. Their relationship was quite different and strange.

Monica did love Pete and she broke up with him because she couldn’t bear to see him get hurt in the ring just like that. Another strange thing about their relationship together was that after they broke up, it did not have much impact on any other characters or even on Monica. It was like one day Pete and Monica were dating, and then Pete stopped appearing in the show. 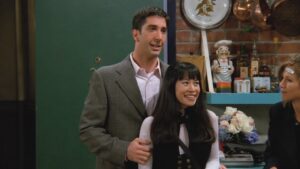 Ross and Julie made a really cute pair. Remember when Ross came back from China and brought Julie along? Ah, they were such cuties together and they even managed to think about buying a cat. The part where Rachel had gone to receive Ross and express her feelings for him was a little heartbreaking though.

If you put Rachel aside for a second, Ross and Julie made a really nice couple and we never saw them having any kind of disagreements and drama as well. However, fate had something else planned for Ross, and hence, he broke up with Julie because he got to know that Rachel likes him too and he couldn’t resist getting together with his high school love. 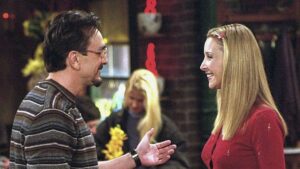 Phoebe and David also had an on and off relationship as David had to go for his scientific discovery. She always had a thing for David and even when she broke up with Mike, she got back with David and he was almost going to propose to her.

David loved Phoebe as well and Phoebe had a different kind of spark for him. That is what made their relationship cute and it stood out from all the other dates that Phoebe went on. David was an integral part of Phoebe’s love life and they could’ve hit it off if you take Mike out of the picture. 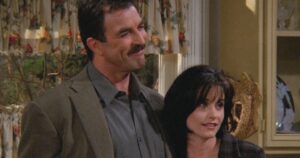 Did you think we were going to leave these two love birds out of the list? Monica and Richard had this sensational and amazing magnetic chemistry together and they were really one of those couples we crushed on. Richard and Monica’s pair looked a little weird at the start as he was Jack’s best friend. However, the difference in their age was never really a problem for the two and Richard really had an impact on Monica.

Richard was even ready to have kids for Monica, but Monica broke up with him on good terms as they both wanted different things in their future and Monica did not want to be the one to force him to lead a different life. It was the first time when we saw Monica in a long-term relationship and also totally in love. Richard proved to be a wise man later as well when he did not meddle in Mondler’s relationship and gave Chandler very good advice after realizing that Chandler was serious. 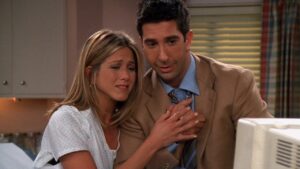 Ross and Rachel were on a roller coaster ride throughout the show. Their chemistry and the on and off drama was something that kept everyone hanging. There were moments where we thought that it was the end of Roschel, but their love always found a way to mend the broken relationship as their love could not be expressed in words. They always had a history together, and although they dated many other people, we saw how jealous they got of each other’s love interests throughout F.R.I.E.N.D.S.

Ross and Rachel managed to stay in each other’s lives and they stuck through it all. The most emotional part for all the fans was when Rachel finally got off the plane. Ah, it is like they were always meant to be. They were just two humans, committing mistakes and loving each other. 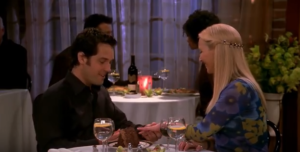 Talking about Pheebs, we always thought that she would probably end up with Joey as she was the kind who loved to live her life to the fullest and she never really thought about getting into serious relationships. That was only before we saw her chemistry with Mike and how well the two got along. All thanks to Joey, because if it weren’t for him forgetting to set Phoebe up with a friend, Mike would’ve never made an entry and we wouldn’t have witnessed the amazing couple on-screen then.

Phoebe and Mike had their share of ups and downs as they did not want the same things at the start. However, they always found ways to come together, and then one fine day, Mike finally proposed to her when he got to know that David was going to propose to Phoebe in Barbados. Wasn’t that like the sweetest thing ever? 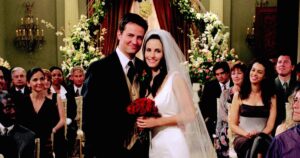 We never expected Monica and Chandler to be in a relationship and that is simply the best part about it. It was a bummer when we witnessed their friendship turn into something different, but it was also the best because the story of how they got together was hilarious. Once Mondler got together, the show just got to a whole new level of incredible. The best part was how they care about each other, both as friends and lovers.

We also saw how they never felt weird about it and they did not feel like they were ruining their friendship. It was simply like they were meant to be together, but they just realized it quite later. Remember the initial episodes where Monica used to laugh whenever Chandler said that if she does not find anyone, he’ll be her boyfriend? Oh boy, the tables turned pretty good. Mondler is the best of the top 10 as they were stable and they never had too much drama. They were always supportive of each other and their love was blissful.

So that was it for today. This is everything we had in store for you and these were the top 10 couples in F.R.I.E.N.D.S. We hope you enjoyed reading it, and in case you miss the chemistry of all of these couples, you know what to do! Go watch the damn show again! We will be back with more of such interesting articles until then, stay safe and watch F.R.I.E.N.D.S all day long!