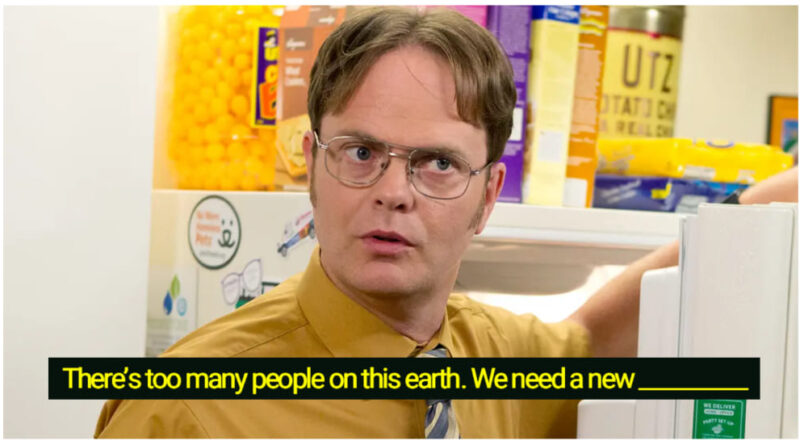 If you are a fan of ‘The Office’, Dwight Schrute will definitely be one of your favourite characters on the show. So today we are here to check how well you remember the best lines by our favourite assistant (TO THE) regional manager Dwight Schrute. Dwight’s character is very complex; it sometimes seems so relatable yet other times, you feel alien to what he says or does. Before jumping to the Dwight Schrute quotes quiz, let us take a look at Dwight’s best and worst personality traits.

Just like many other characters of ‘The Office’, Dwight is also an American version of the original show. Just like the UK version, Dwight is the sidekick of Dunder Mifflin’s Regional Manager Michael Scot. Within the first couple of episodes, we get a clear idea that he just wants to be in the good books of Michael anyhow. And this is the reason why his co-workers don’t like him at all. But in spite of being introduced as an obnoxious person, Dwight has managed to become one of the most loved characters of the show. This is because of the gradual changes that were brought into his character from the second season.

The first thing that makes Dwight likeable is his friendship with his co-workers. Dwight does not admit to being friends with any of his co-workers until the finale but we can clearly see him sacrificing things for the sake of others. How can we forget Dwight consoling Pam? He even put up with all the silly pranks of Jim. Sure, Dwight has been cruel to Jim, the best example is the snowball fight but in his defence, Jim started it. Needless to talks about his bonding with Michael whom he helped despite having a concussion. There are several more instances throughout the show that show how generous he has become over the years. 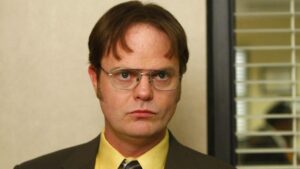 Besides this, Dwight is a complete family man. He takes pride in his culture, no matter how strange it is, and he also takes care of his aunt and his cousin. Above everything, Dwight’s love life is one roller coaster ride. He has a secret romantic relationship with Angela Martin, his most uptight co-worker and their relationship remains a secret for a long time until Phyllis finds out about it.

Jim and Pam’s romance overshadows Angela and Dwight’s story but it is much more romantic and very underrated. But the most important thing about Dwight is his character development, he becomes much more human in the later seasons. Dwight gets everything he wants in life in the finale. He marries his love Angela Martin and has a baby with her. Dwight is the most contended character in the finale, he says how satisfied he is with his life. There couldn’t be a more “perfectenschlag” end to his story.

So, that was everything that makes Dwight such a vibrant and funny character which is impossible to ignore. Now, it is time for you to take up the Dwight Schrute quotes quiz and do let us how well you score. Best of luck!

Can you complete these Dwight Schrute Quotes from ‘The Office’?

Checkout: The Hardest ‘The Office Quiz’ Ever