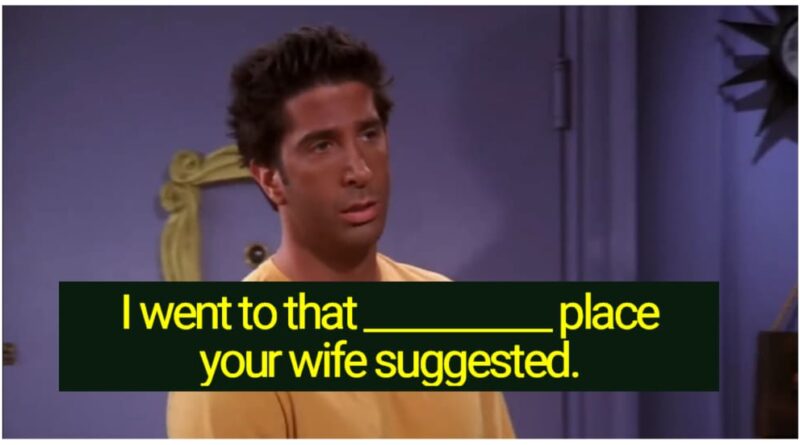 If you have landed on this quiz then you might be one of the most diehard fans of ‘Friends’. So today, we are going to treat you to a very interesting quiz on one of the funniest characters of the show—Ross Geller. Though all six characters of the show are equally popular among their audience but Ross stands out as the only geeky guy in the gang. So before starting with the Ross Geller quotes quiz, let us look at some of the most interesting characteristics of his character.

The first and most important characteristic of Ross is his seriousness towards living a balanced life. But it is made clear from the very first episode that life has not been generous to him. First of all, he doesn’t dare to confess his love to Rachel and then he married a lesbian. Even though he is not doing well in his personal life, Ross is the only member of the group who is very well-settled in his professional life.

Romance is at the center of Ross’s life but is not very lucky in this field. Since the first season to the last, he dates innumerable women. But it seems as though he screws up these relationships because of his insecurities. He becomes way too serious in a very short time. As he says in the first episode, he just wants to be married. During the run of the show, he marries thrice and divorces all of them as well. His on-and-off relationship is the highlight of his character which show.

It would not be wrong to say that their relationship is the best and worst relationship in the history of television. But as anticipated, they end up together in the finale. Ross might not know how to handle his romantic relationships but he is the best father anyone can have. Ross is the most caring and sweet father ever. All the scenes that he has with Ben and Emma are so wholesome. He is a perfect family man.

Among all his friends, Ross has to be the most caring and genuine. Being his parent’s favourite child, he does not make his sister feel insecure about herself and even tells his parents when they make her feel bad. He is an amazing friend who loves to show his care to friends, though he is made of for his effeminate nature many times. He is comfortable in his own skin and loves to show it off. His friends make fun of his geekiness by his friends but Ross takes all that in good humour, which is a very important characteristic of his personality. Ross is a very well-written character but we need to appreciate how well David Schwimmer performed it which has made him such a memorable character.

So that was it about Ross Geller. Now it is time for you to take up the Ross Geller quotes quiz and let us see how many of these can you correctly. Do not forget to let us know your scores in the comments below.

Can you complete these quotes by Ross Geller from ‘Friends’?