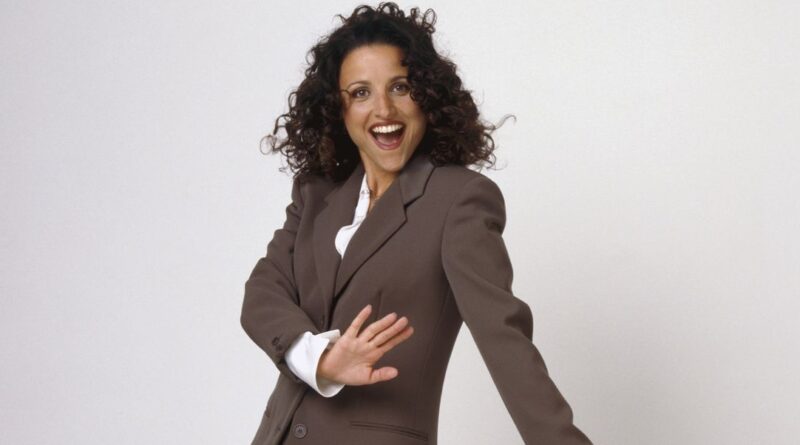 Welcome guys to another edition of Seinfeld trivia quizzes. In this one, we will test your knowledge of Elaine Benes. Elaine is regarded as one of the greatest female sitcom characters ever. The Hardest Elaine Benes quiz is for you if you love the character and the show Seinfeld. Before the quiz, let us look into some details of Elaine and the show.

The show Seinfeld is known for its hilarious plot and characters, one such character being Elaine Benes. Unlike her friends, she is not a New York native but was from Maryland. Not much is known about Elaine’s family, as they did not appear much throughout the show. Elaine is the most educated person among her friend’s group, who even claims that her IQ is 145. She completed her undergraduate degree at Tufts University.

Without any hesitation it can be said that Elaine is the most hardworking character who worked 9-5 jobs throughout the whole show, usually as a writer or an editor, however, she did tend to get fired quite often. During the show, she had several boyfriends who did not have much screen time in the show as her relationships did not last long because of her superficial reasons. The perfect example is when she ended and restarted her relationship with Puddy, her on-and-off boyfriend during an international airplane trip.

Elaine never got along with pets because she hated dogs and had an allergy to cats. He was even bit by a dog that she tried to pet and eventually contracted rabies. Elaine’s weird dance moves and her constant yelling “Get out” and those baggy dresses were just her things. Like most of the characters in the show, even Elaine used pseudonyms to get her out of weird situations, the most famous being Susie, a name that her co-worker mistakenly called her which then became her getaway name. 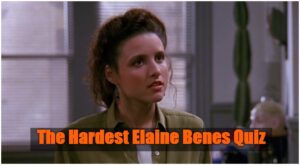 The Hardest George Costanza Quiz Ever