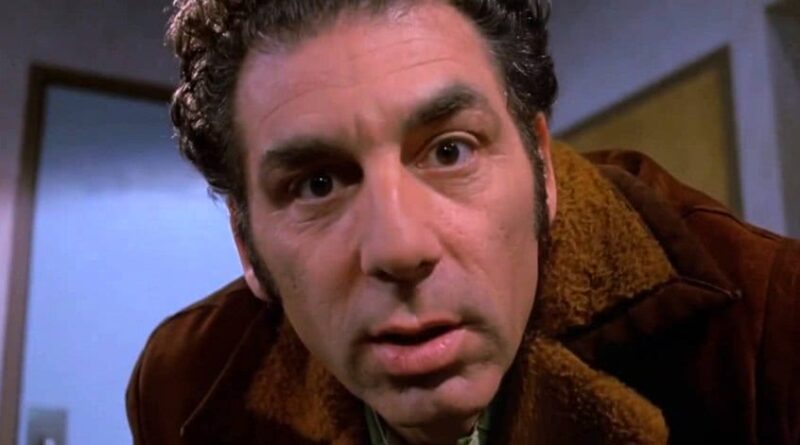 Welcome friends to another edition of Seinfeld Trivia. Today, we will quiz you about the ultimate Hipster Doofus ‘Cosmo Kramer’. But before we begin the ultimate Cosmo Kramer quiz, let us look into some details about the show and the character.

The American sitcoms of the 90s are back on the hit list and are winning the hearts of the millennial and Gen Z audience with their timeless comedy and evergreen characters who can make us laugh till our belly aches even after two decades. With 9 seasons and 180 episodes, each character of Seinfeld carved a special place for itself in our hearts. The popular 90s sitcom revolved around the life of Jerry Seinfeld who is portrayed as the smart protagonist, slightly famous as a budding standup comedian, and his neighbors that include his ex-girlfriend Elaine Benes, his best friend George Costanza, and his neighbor Cosmos Kramer.

While the spotlight is not initially planned to be on Cosmos Kramer, with his quirky upright hairdo, collection of vintage clothes, and brilliant comic timing, he soon became one of the most loved characters of the show. After all, every show has got that one weirdo who has his own flavor of humor to the show. Kramer and his iconic routine of bursting in through Seinfeld’s door without a knock is something that made us all double up in laughter. His smart comebacks, witty one-liners, and occasional droppings of truth bombs gave a unique touch to his character.

However, his character was more than just black and white. It had several shades of grey in between which gave us a more complex understanding of the character because he is not just the clown of the show. That humorous carefree man is also deeply kind, caring, and passionate about helping his friends and other people in need, sometimes even strangers and he doesn’t think twice before dragging his friends along with him to help someone if the situation calls for it. Remember the 11th episode of season 8? Kramer rushed into the cockfighting ring to save his newly bought rooster, whom he named “Little Jerry” when the latter had to fight a powerful and merciless competitor. He ended up getting severely injured in the process but the very act of not thinking of one’s own safety for a rooster shows us how big his heart is. 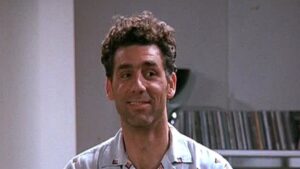 He is the kind of character that has conflicting traits and that is exactly what adds up to his uniqueness and makes him so popular. Just like he had a big heart and didn’t give a second thought before helping people, it was him who got his friends into trouble at times. Starting from urinating in the garage in season 3, episode 6 to committing mail fraud in season 8 episode 5 to even hiring an assassin to get rid of a dog in season 7 episode 1, his take on the world was different and that’s what highlighted the eccentric trait of his character.

Even at the time when he got really honest with George’s highly insecure girlfriend and told her that she needs a nose job in season 3 episode 9, he did make us all laugh with his frankness and ignorance of the fact that he actually got his friend George into huge trouble.

Well, if we keep speaking about Cosmos Kramer, it will take the whole night to list down each and every trait of his character. After all, he was no ordinary man. But the real reason why we are here today is to shout out to all the Kramer fans out there and invite them to the ultimate Cosmos Kramer quiz. Let us be honest guys, it is a quiz that only the real fans can nail. So are you ready to start?