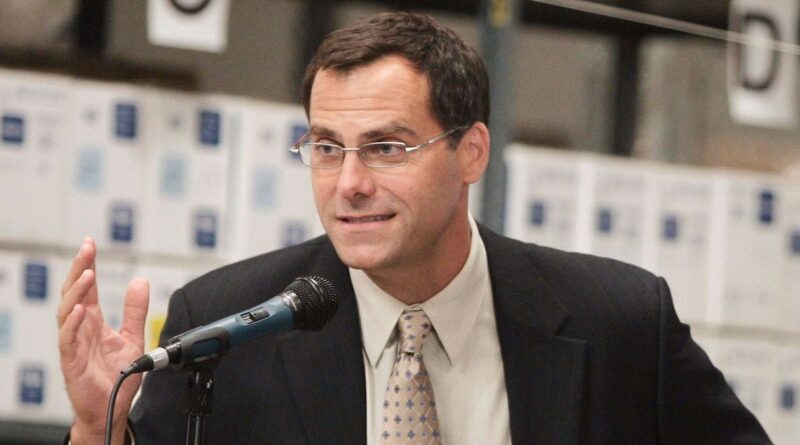 Welcome guys to yet another edition of ‘The Office’ quiz. In this one, we will test your knowledge of  David Wallace, who initially is the CFO and later becomes the CEO of the Dunder Mifflin Paper Company. But before we begin the ultimate David Wallace quiz, let us look into some details of the show.

David Wallace is only a supporting character in the show but his impact is everlasting. He lives in a 5000-square-foot house in Greenwich, with his wife Rachel and son Teddy. It is known he has a daughter who was referred to in the episode “Secret Santa” who is in elementary school. David Wallace enjoys playing basketball and soaking in his hot tub. In the episode, “Cocktails,” Michael, Dwight, Karen, Jim, and Jan attend a cocktail party at David’s house. However, he admits to hating cocktail parties and sneaks out to play basketball with Jim.

He started another business, which was a vacuum called “Suck It”. He even pitches his idea to Michael while in a hot tub and also makes a song with his son about the toy vacuum. David Wallace later sells his patent for the vacuum, Suck It, to the U.S. military for 20 million dollars and subsequently acquires Dunder Mifflin for an undisclosed sum of money, becoming CEO in the eighth season, in the episode “Free Family Portrait Studio”.

Under the management of David Wallace, there might not have been as many progression opportunities. However, he did see potential in employees and offered a boost to those who deserved it. He promoted Jim, and he even recognized when Michael did a good job. At one point, he even offered Michael a chance to work for ‘Suck It.’ 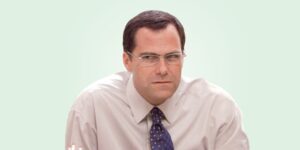 Speaking of business and negotiations, David Wallace is always on top form, whether it’s talking about salaries or buying out Michael Scott’s Paper Company. David always handles the situation in a calm and cool manner. On the other hand, he’s a ruthless businessman too, as he even tried to muscle out a local family business that operated in Scranton.

We hope your memory of the character and show have been refreshed. Down below is the ultimate David Wallace quiz, take the quiz to test your knowledge about him.

Checkout: The Hardest’ The Office’ Quiz Ever