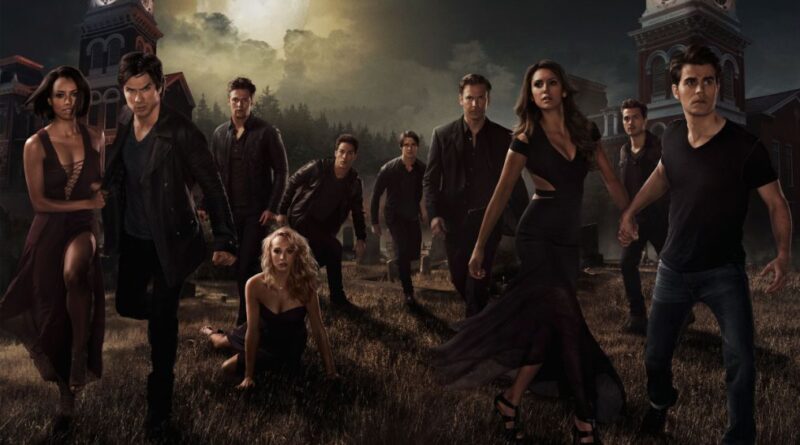 The genre of supernatural fantasy has seen many brilliant shows over the years, owing to the popular obsession with the eerie and the occult. Creatures like demons, vampires, werewolves, and witches have dominated over the silver screen for decades, with their captivating personalities hiding darker secrets and inspiring the imagination of ardent fans worldwide. The Vampire Diaries is definitely one of the most popular American supernatural teen drama shows to have featured over prime-time television with a phenomenal cast and an intriguing story that ran for eight seasons.

Created as an adaptation of L.J. Smith’s series of young adult novels, by Kevin Williamson and Julie Plec, the story begins in the quaint little town of Mystic Falls with the seventeen-year-old, Elena Gilbert, struggling with grief over her parents’ untimely demise, keeping tabs on her younger brother Jeremy, who’s turned into a drug addict after the tragedy, and trying to process high school with the help of her friend, Bonnie Bennet, frenemy Caroline Forbes and ex-boyfriend, Matt Donovan.

As the new school year begins, she bumps into the handsome and mysterious new student, Stefan Salvatore who is also a century-old vampire. Stefan is followed to Mystic Falls by his brother Damon, also, a vampire, but unlike him, ruthless and actively accepting of his superior abilities as a vampire. Both the brothers are taken with Elena as she looks like the same woman, who they both fell in love with as humans, and who turned them into vampires; as the lives of these teenagers get complicated by mystical events, Elena falls for both the brothers, leading to an intricate love triangle, not to mention the comings and goings of witches, werewolves, doppelgangers, the Originals, hybrids, and sirens, which drives the storyline to become very intriguing and keeps the audience hooked.

So many things happen in The Vampire Diaries that it is tough to wrap your head around them all especially, the innumerable changes in all of their romantic happenstances and someone dying every five minutes! But we wouldn’t be true fans if we didn’t know each and every instance of misadventure and serendipity that finds this extraordinary group of young adults. Here’s calling all of the true fans to put on your thinking caps and answer these 25 questions in the ULTIMATE “THE VAMPIRE DIARIES” QUIZ.*inserts Damon’s signature smirk*

One thought on “The Ultimate Vampire Diaries Quiz”