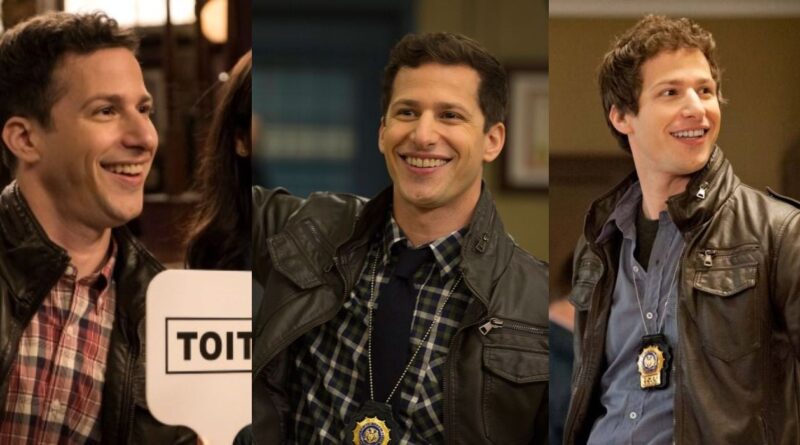 Brooklyn Nine-Nine may have ended but there is no ending to the love we have for the most hilarious show of the century. And we know that you’ll are missing the show badly and we have the perfect remedy for you. Here is the ultimate Jake Peralta quiz that contains fifty questions from all eight seasons. But before getting on to the quiz, let’s take a dive down memory lane and see what made Jake and the whole squad so memorable and unique.

Brooklyn Nine-nine has become the ultimate cop show in the past decade. If anything, the show is undoubtedly the best cop show in the comedy genre. Then what makes this show so special? Is it the cast, the characters, the writers, or the direction? Actually, it is a little bit of everything that makes Brooklyn Nine-nine such an amazing show. The show like the equally loved ‘The Office’ is a workplace comedy and no other show has depicted such varying shades of the police department the way Brooklyn Nine-nine did. The show became so successful because of its realistic treatment of the storyline and not making the police department the ultimate heroes as many other shows and movies do.

Brooklyn Nine-nine put forth the most annoying and the weirdest characters and that is what made the whole difference. Each of these characters was not only different from each other but rather they became complementary to each other. And let’s come to the most annoying, goofy yet most adorable character—Jake Peralta. It is not fair to call a single character the soul of the show as it is a team effort but everyone will agree that Jake Peralta is the soul of the show. He is not smarter than Diaz or Amy or Terry, yet there are certain qualities that make us all like him the moment he appears onscreen.

Jake Peralta is played by Andy Samberg who is also the producer of the show. And if you have seen even a single interview of Andy Samberg you’ll know how close is his personality to Jake Peralta. The ease Peralta has delivered his dialogue comes naturally to the actor. Simply put, no one knows where Andy ends and Jake starts! Surely he is the most perfect person to play Peralta. Also, Jake Peralta is a very well-written character as well. Especially, the changes brought to his character in the later seasons are just amazing. We never expected him to resign from being a detective and become a full-time parent. But like always, he did surprise us and we love that about him. 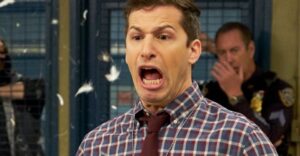 One thought on “Brooklyn Nine-Nine: The Ultimate Jake Peralta Quiz ”