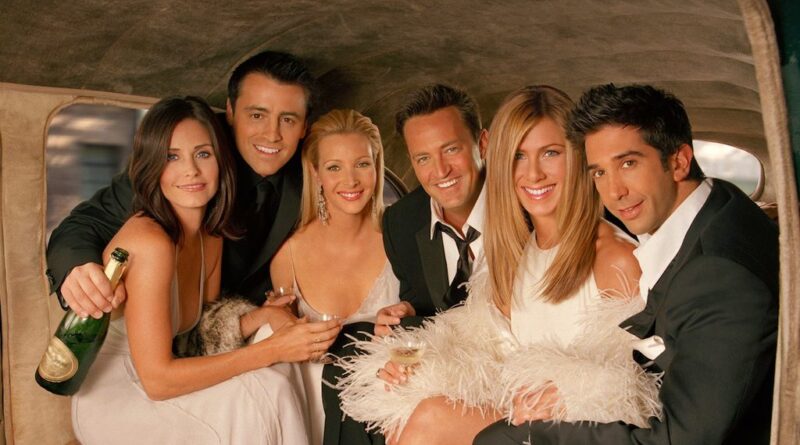 “So no one told you life was gonna be this way”

Imagine making a sitcom so iconic that it leaves a mark on generations of people. Yes, we are talking about the sitcom that has become the pop-culture icon – F.R.I.E.N.D.S.

Starting in 1994, Friends has a total of 10 seasons and 236 episodes. It started in an era where renting movies were the norm, and now it reigns over OTT platforms like Netflix and video platforms like YouTube and TikTok.

Not every season boasts a high fan rating. While some seasons were our favorite, some weren’t as popular as the rest. But regardless, you can still count on Friends to be one of the most binge-watched shows ever! In this article, we have the seasons of friends ranked, from worst to best.

Based on ratings from IMDb, Rotten Tomatoes, Metacritic, and other similar sources, here are the seasons of friends ranked, from worst to best. 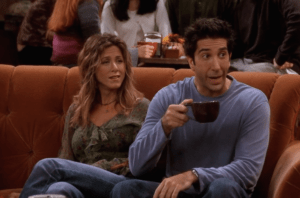 The penultimate season saw all our favorite characters growing up. Whether it was Rachel giving birth to Emma or Chandler and Monica adopting a child and finding their happiness. We saw our Friends embrace adulthood in all its glory.

Some tropes of this season were disliked by fans. The one where Joey stars falling for Rachel. Or when our beloved Mondler couple was separated as Chandler had to work from Tulsa. Nonetheless, it also had quite many upsides with Paul Rudd being introduced as Mike, Phoebe’s love interest. Season 1 of FRIENDS was met with apprehension from makers and audiences alike. Like many sitcoms take time to form a relationship with their audience, so did FRIENDS. A relatively new concept, the writers were quite wary of how FRIENDS would perform. They revealed the same also during the reunion episode of the show that was recently aired.

It also had some jokes that didn’t age well, such as the time Monica ends up making out with a High Schooler. Or even Marcel, the monkey was quite a handful for the cast and also very peculiar to relate with for the audience of the show. 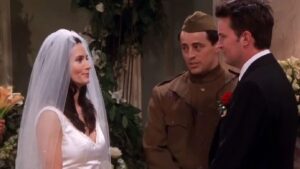 It’s packed with laughs and primarily focuses on the upcoming wedding of Monica and Chandler, which plays out in the season finale. This is the season where Rachel finally turns 30 and is now a full-on adult. If only we all could make agreements with God as Joey did!

Although this season had a lower IMDb rating it was still a fan favorite with episodes like Chandler and Monica’s wedding or the season where they found out about Rachel’s pregnancy! 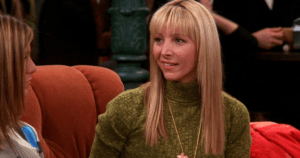 This season was quite a rollercoaster. From Joey confessing to Rachel, to her finally giving birth to Emma. This took the FRIENDS’ drama to a whole new level. Season 8 was way into the journey of FRIENDs and we could all see them growing visibly older.

Season 8 is the only time Friends won the Emmy for Best Comedy Series, and while it probably deserved the award a couple of other times. 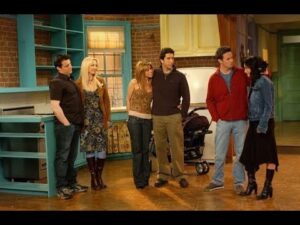 The final season of the series saw the closing of the decade-long series. True fans stuck to the series till the end. Some of the tropes of the series (Ross’ “I’m fine”) are still fan favorites.

The last season did a pretty good job of tying up the series prettily with happy endings for every character. The long-awaited reunion of Ross and Rachel and Chandler and Monica fulfilling their dream by welcoming twins into their lives. Phoebe and Mike also had their happy ending while Joey, of course, ended up single as Joey always liked. 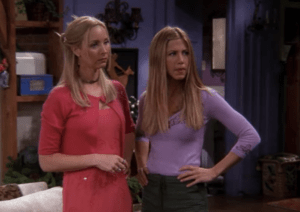 FRIENDS had only gotten considerably better with all its season since the time it debuted on televisions. As a result, it is pretty hard to rank them against each other.

But Season 6 falls in the middle as it is a season where the show has found its footing. It gave us the famous dance routine consisting of Monica and Ross. Rachel’s dessert (sweet or savory?) became the biggest joke of the series. But it also had a few tropes that were not fan-favorites.

Ross’s relationship with his student is one of the tropes that made Ross more unlikeable for the fans. But despite it all, season 6 still is loved by the fans. 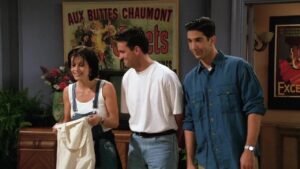 Season 2 is when the show had made a solid footing. Now people were starting to know about the show more, and the makers didn’t disappoint either. The beginning of the most-loved couple Ross and Rachel started in season 2. Even Richard and Monica’s relationship was introduced in this season. This season also had a host of guest appearances from top stars including Julia Roberts, Charlie Sheen, etc. 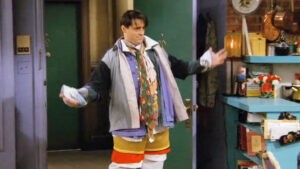 This is the season where FRIENDS found its footing in the world of sitcoms. This season had one of the most famous, (if not, the MOST famous ) tropes of “We were on a break”. Ross and Rachel break up in this season, giving rise to a plethora of drama. Joey wears all of Chandler’s clothes – another episode that is an all-time fan-favorites. 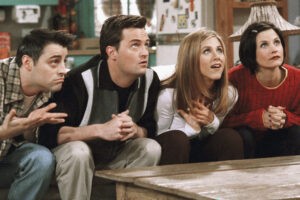 One of the best seasons of the series, Season 4 was filled with actions and a new plot twist in every episode. A handful of new characters were introduced in this season. The most loved couple had already given their relationship another go and broken up. Ross also found someone that could actually give competition to Rachel.

All that said, the main focus of this season was not Ross and Rachel but a single friend, in particular, Chandler. Whether it be falling in love with Joey’s Girlfriend Kathy, or sleeping with Monica at the end of the season, the spotlight had shifted to Chandler in this season.

This season also had the most infamous goof-up of Ross’s life, where he called Emily Rachel at the altar. 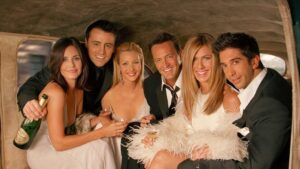 Season 5 is hands down one of the best seasons of the show. It features some of the best punch lines of the show. Whether it be Ross’s “Pivot” or him getting anger management issues after his break up with Emily, this season gave Ross considerable spotlight.

This is also the season where the friends find out about Chandler and Monica’s relationship. The buildup to which ensures a lot of laughter gags.