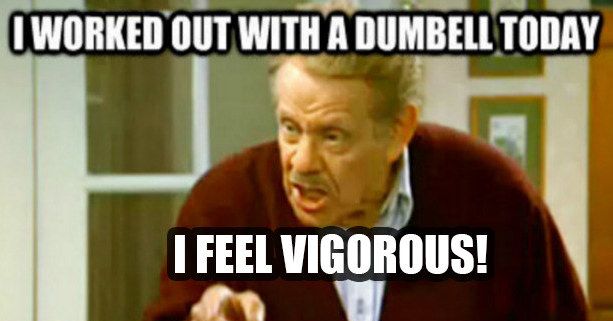 Comedy veteran Jerry Stiller, who launched his career opposite wife Anne Meara in the 1950s and reemerged four decades later as the hysterically high-strung Frank Costanza on the smash television show Seinfeld, died at 92.

The actor’s son, Ben Stiller, who inherited the talent for comedy, announced on Monday that his father had died over the weekend.

I’m sad to say that my father, Jerry Stiller, passed away from natural causes. He was a great dad and grandfather, and the most dedicated husband to Anne for about 62 years. He will be greatly missed. Love you Dad. pic.twitter.com/KyoNsJIBz5

George Costanza’s crotchety father Frank, who electrified episodes of the long-running sitcom Seinfeld, was one of the most memorable characters in TV history.

Stiller, although a supporting player on Seinfeld, created some of the Emmy-winning show’s most enduring moments: co-creator and model for the “bro,” a brassiere for men; a Korean War cook who inflicted food poisoning on his entire unit; an ever-simmering salesman controlling his explosive temper with the shouted mantra, “Serenity now!”

Stiller earned a 1997 Emmy nomination for his indelible Seinfeld performance. In a 2005 Esquire interview, Stiller recalled that he was out of work and not the first choice for the role of Frank Costanza, father to Jason Alexander’s neurotic George.

He was initially told to play the role of a milquetoast husband with an overbearing wife, Estelle, played by Estelle Harris. But the character wasn’t working — until Stiller suggested his reincarnation as an over-the-top crank who matched his wife scream for scream.

It jump-started the septuagenarian’s career, landing him a spot playing Vince Lombardi in a Nike commercial and the role of another over-the-top dad on the long-running sitcom King of Queens.

Let us have a look at some of the most memorable Frank Costanza Moments.

10. When Frank made the decision to move to Florida just to piss off Jerry’s parents. 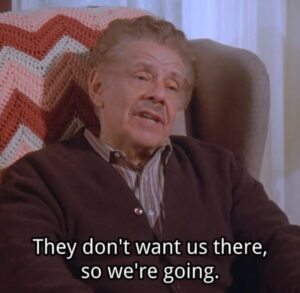 9. When he let his wife know she wasn’t the only one improving herself. 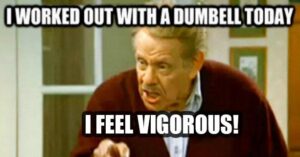 8. When he left Jerry this voicemail about his son being dead.

7. When he designed a bra for men with Kramer and tested it out. 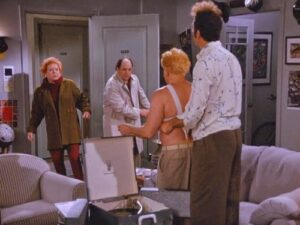 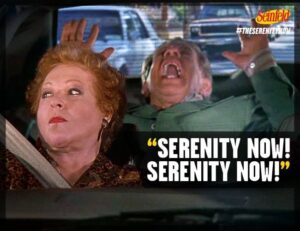 5. When he picked up his grown ass son from the police station and tried to fight Elaine. 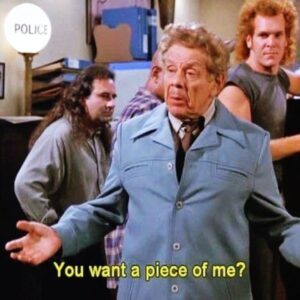 4. When he told Mr. Kruger (George’s boss) that he had a shitty business. 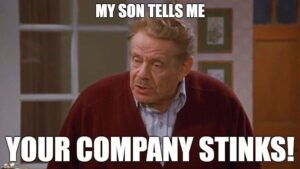 3. When he was having dinner with George’s soon-to-be in-laws and questioned the sexuality of hens.

2. When he grounded his grown ass son! 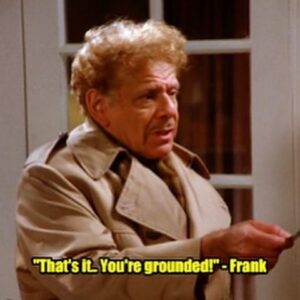 1. When he invented an alternative to Christmas known as Festivus, due to his disgust with the commercialism of Christmas and his dislike of tinsel decorations. 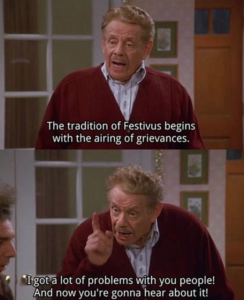 You may want to play a Seinfeld quiz now –