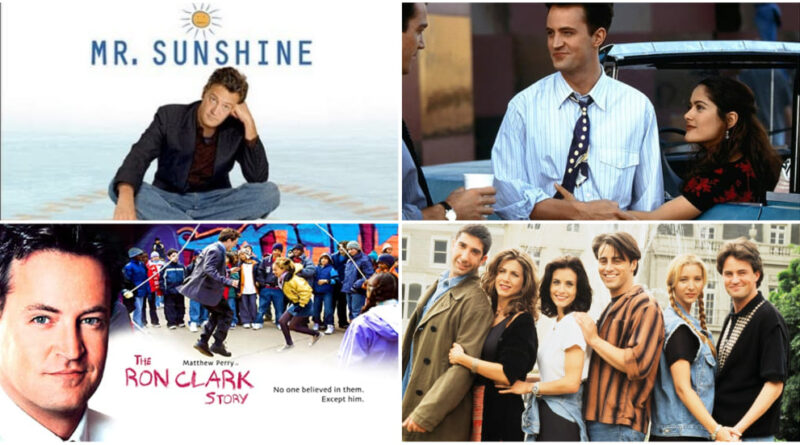 The insane popularity of Matthew Perry rests on his portrayal of Chandler Bing on Friends. But that is not where his acting career ends. Besides Friends, he has also given us some really amazing movies and TV shows which are, unfortunately not known by many.

So if you have finally stopped watching Friends for the umpteenth time and still craving Matthew Perry’s versatile acting, then we have some of the best Matthew Perry movies and TV shows ranked for you.

Based on the ratings provided by IMDb and Rotten Tomatoes, etc, here are the ten best Matthew Perry movies and TV shows ranked. 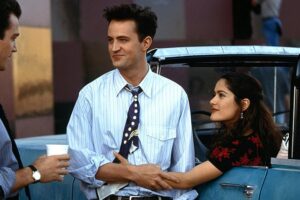 With an IMDb rating of 6.1, the tenth spot is ‘Fools rush in’ which revolves around a couple, Alex and Isabel who had to marry after they find out about Isabel’s pregnancy. This weird situation becomes even weirder because of the cultural differences between the two. The concept may be common but the movie is a must-watch if you love Matthew’s comic timing. ‘Odd Couple’ is a three-season long sitcom having 38 episodes that follow the daily lives of two middle-aged friends living as roommates after their failed marriages. The show is rich in comedy and it also sheds light on the problems men face while living alone. The show portrays the character development of the characters quite realistically. The show stars Thomas Lennon and bedsides Perry and they prove an amazing duo. 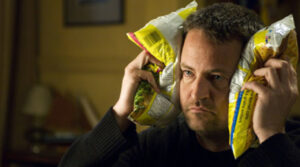 Another amazing movie on the show is ‘Numb’, which is a dark comedy. Quite unique in its concept, the movie portrays screenwriter Hudson Milbank suffering from a psychological disorder in which he becomes totally detached from himself and the people around him. The movie is inspired by the true experience of the film’s director. If you want to see the versatility of Matthew Perry in acting, this is a must-watch for you. 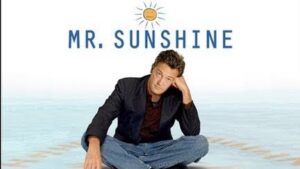 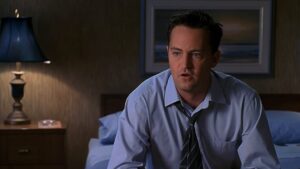 ‘The Whole Nine Yards’ is another recommendation that will make you love Matthew Perry even more. In this crime comedy, Perry is seen in the role of a dentist who is quite unhappy with his married life but things go really tensely hilarious when a former wanted hitman moves next door. Besides Matthew Perry, the movie also stars Bruce Wills and Amanda Peet.
Now it is time for the top five… 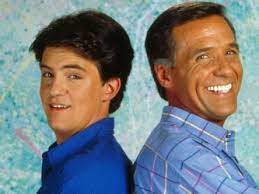 Later titled ‘Boys will be Boys’, ‘Second Chance’ is perhaps the earliest show starring Matthew Perry. With an IMDb rating of 7.1, this show is in the top five of our ranking. The show used time travel as a medium to portray the story of a deceased man Charles who is sent back to earth to improve his life choices as he is too good for hell and too bad for heaven. The show is enough to prove that Matthew Perry is a natural when it comes to comedy.

One of the later works of Matthew Perry is the sitcom, ‘Go On. The show centered around Ryan King (played by Perry) a radio talk show host who has recently lost his wife and trying hard to move on—hence the title. He finds company in his grief support group. They not only help him accept the loss but also makes him realize to keep going in life. It only ran for one season having 22 episodes. The show is really appreciated by fans and you should give it a shot if you like Matthew Perry. 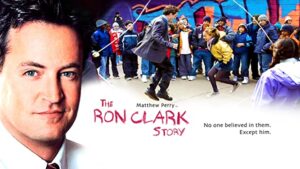 Even if we all love seeing Perry in comic roles, this drama is a must-watch for everyone. ‘The Ron Clark Story’ is inspired by a true story of a teacher by the same name. The story is quite straightforward but one of the most inspiring ones. Ron Clark is a teacher who sets on to teach in New York City school. The rest of the story revolves around hardships and how he overcomes the toughest class of a school. The movie is a masterpiece and if you haven’t watched it, you are really missing out on something really amazing. 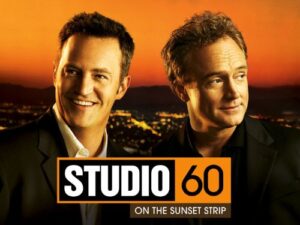 One of the highest-rated shows starring Matthew Perry is ‘Studio 60 on the sunset strip’ with an IMDb rating of 8.3. This comedy-drama showcases the behind-the-scenes of a sketch comedy show. The show had a unique and less-explored concept that caught the attention of the audience. The show had eight leading roles besides several other characters who realistically portrayed chaos, romance, politics, and backstage fights. Besides being rated very high, the show only aired for one season. No matter what, Friends remains the best work of Matthew Perry along with the rest of the cast. From the first episode to the last, Chandler Bing steals the show for millions of fans. The show made him an uncrowned king of comedy. However, it’s not only his comedy and sarcasm that makes him people’s favorite but also the romantic and emotional scenes that prove him to be the most versatile actor and the way he balances his character. So if you like Matthew Perry, you should definitely watch Friends (just kidding! I know you already have)

So, these were the ten best shows and movies starring Matthew Perry. Do let us know how many of these have you watched in the comments. See you next time!