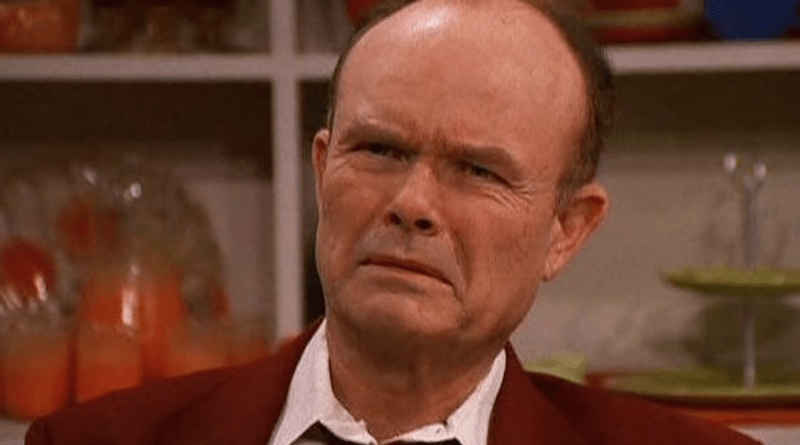 Welcome guys to another edition of That ’70s show quiz. In this one, we will quiz you on Red Forman. Before starting the ultimate Red Forman quiz, let us look into some details of the show.

Red Forman is the husband of Kitty Forman and the father of Eric and Laurie Forman. He also shares a relation with Steven Hyde, being his foster father. He served as a US Navy sailor during the 2nd World War, which makes him a gruff and tough person with a dry sense of humor in the show. His wife Kitty Forman is the friendly neighborhood mom for the kids living in the society but on the other hand, Red is the most feared one throughout the society. To such an extent that even policemen feel bad for Eric because Red is his father.

Red considers his son, Eric Forman, a soft guy and mostly threatens him and calls him names. “Dumbass” is the most common name. Red is inclined more towards his foster son, Steven Hyde, and treats him much better than Eric because he considers Steven to be more of an example of what a young man should be. On the other hand, Red sees his daughter Laurie Forman as “daddy’s little girl”, but deep down she is the exact opposite. Red was so soft towards her that he gets a heart attack when Fez says that he married Laurie to not get deported. Red becomes a bit more concerned about her when he finds out that she lied to him about moving in with a friend when she was living with a young man. 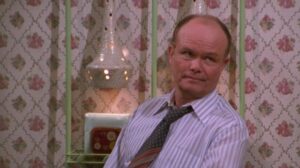 The origin of the name “Red” is unknown but it most probably is because he had red hair when he was young. Red claims that this name was given to him by his mom. His main hobbies mostly include hunting and fishing. His health plays a major role throughout the show, as it prohibits him from having a few of his favorite food and drinks. Other than being a navy sailor Red also can be seen working in several places, even with Bob at Bob’s Bargain as a salesman. He even starts up his store of mufflers called “Forman and Son”, which does not have a happy ending because of the intense competition from other muffler stores.

We hope that your memory has been refreshed. Down below is the ultimate Red Forman quiz, from That ’70s Show. Take the quiz to test your knowledge about the character.