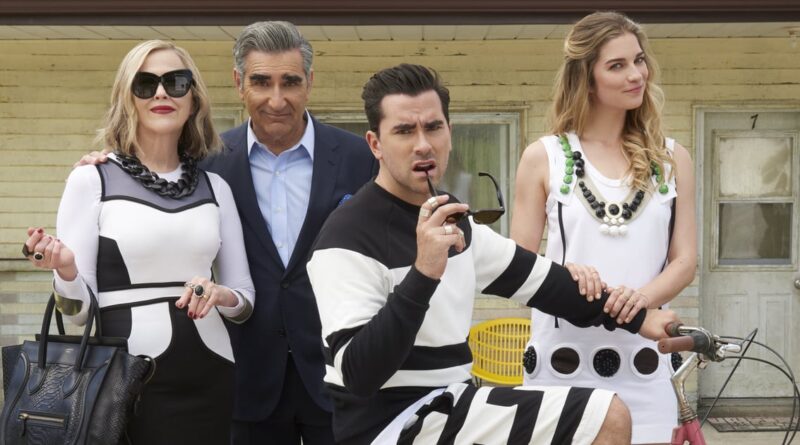 The broken Rose family arrived at Schitt’s Creek only 6 years ago and from its first season, the show became popular among sitcom lovers. And over the years the show grew to become even more popular. With its unique “fish-out-of-the-water” concept, Schitt’s Creek has today become one of the most loved of the 21st century. With 19 Emmy Nominations and 7 awards, the show became a benchmark in the history of television sitcoms. So, today we challenge for the Hardest Schitt’s Creek Quiz Ever. But before heading on to the quiz, let’s take a look at the show’s development and popularity over the years.

Created by the father-son duo, Eugene and Daniel Levy Schitt’s Creek started in 2015 and became an instant hit for its unique concept. The show tells the story of the Rose family which consists of Johnny, Moira, David, and Alexis. The story starts with this super Richie-rich family getting bankrupt because of the embezzlement in the family business. All they are left with is a town that they bought years ago as a joke. But now they have no option but to live in this town and make a living out of it.

The most important thing about the show is that it started with a very interesting point which ultimately makes the audience wondering what will happen next? How will they work things out? The concept has got a uniqueness in it which worked really well for the show. But it’s not only the uniqueness of the concept that is responsible for the show’s success. 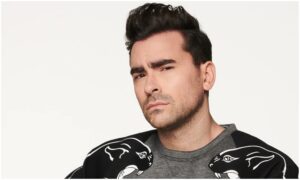 Another thing which is worth mentioning is the writing of the show. The show’s writing is more than perfect. The way all the characters have been written is phenomenal. The show’s leading characters make you fall in love with them. The subtle changes that occur to each of the characters throughout the series are also remarkable. For instance, we are introduced to Alexis and David as spoiled kids of rich parents. But throughout the 6 seasons, we saw both of them changing to become responsible and make things work for themselves.

Another thing that the show’s creator Dan Levy told at his Emmy win speech is that he wanted to show how family means supporting each other in hard times. This is also a reason which makes the show even more relatable to the common people. In recent years, this is one show that shows family and its importance in a true sense. And at the end of season 6, we saw a completely changed personality of each and every member of the Rose family. 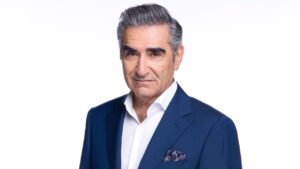 Last but not the least, the show has become popular for its portrayal of pansexuality through an adorable character as David. This certainly contributes to the popularity of the show to a great level. Thus, Schitt’s Creek is a show that encompasses many emotions and of course, rib-tickling humor. Now it’s time to see how much have you observed your favorite show. Get ready for the Hardest Ever Schitt’s Creek Quiz.

The Hardest Schitt’s Creek Quiz Ever

One thought on “The Hardest Schitt’s Creek Quiz Ever”