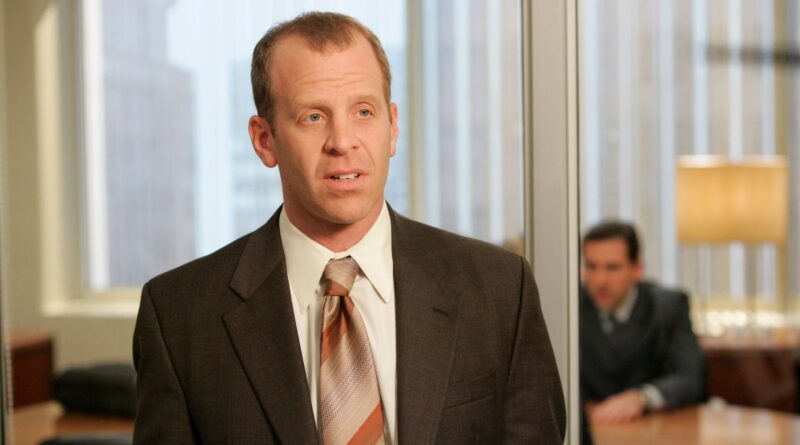 Welcome once again to all the die-hard ‘The Office’ fans. we are back with another fun-filled and pretty hard ‘The Office quiz’. This time, we will ask questions about Toby Flenderson, who is more popularly known as the arch-enemy of Michael Gary Scott. But before asking anything, let’s take a look at Toby’s journey as the Human Resources representative at Dunder Mifflin Paper Company. So without any further ado, let’s start.

If we describe him in a sentence, Toby is the most normal guy in ‘The Office’. And perhaps, that is what makes him a really good character. Though most of the characters of the show had some uncommon and weird traits, Toby was the one who seemed the most normal person ever. Of course, Oscar was a big competition to him, but then he had his fair share of weird love story with the Senator. Toby is like that one person you can expect to meet in any office. But what highlighted the character of Toby was his relationship with Michael.

Though Toby always treated Michael as a gentleman, Michael never did that even for once. He always insulted him, made rude comments on him, and whatnot. It would not be wrong to say that Toby was a total contrast to Michael. Though mostly Toby had a good relationship with everyone in the office (except Michael, of course) when Andy and Jim kind of disliked him when they became office managers. In the words of Jim, Toby is “a bit too much”. This also happened with Andy when Toby refused to fire Nellie to get Andy’s job back. Seems like Toby always got hated for being a good person!

But no matter how good he was, he never got any good luck in his love life. He was married in the initial season and also had a daughter but unfortunately, he got divorced. In a few episodes, we did saw him having an attraction towards Pam but everyone knew he didn’t have a chance there! And sadly, that’s what happened. Then we saw a drunken Nellie kissing Toby at a party but she also refused to have a romantic relationship who him. It seems like the writers did show him failing at his relationships one after the other as an irony that a person in human relations cannot have a successful romantic relationship. 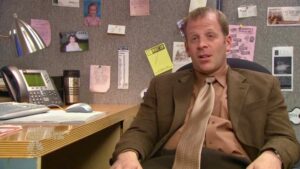 No matter what the writers thought before creating this character, but he will always remain the most soft-spoken and normal person of the show. It may also interest you all to know that the actor playing Toby was also one of the brilliant writers of the show. So obviously he had more understanding of the character and he surely did a good job. And like many other secondary characters, Toby is also an original character who is not present in the U.K. version of the show. Now, let’s start with the hardest Toby Flenderson quiz. Answer the 30 most difficult questions about Toby and let us know your score in the comments.

The Hardest Toby Flenderson Quiz Ever