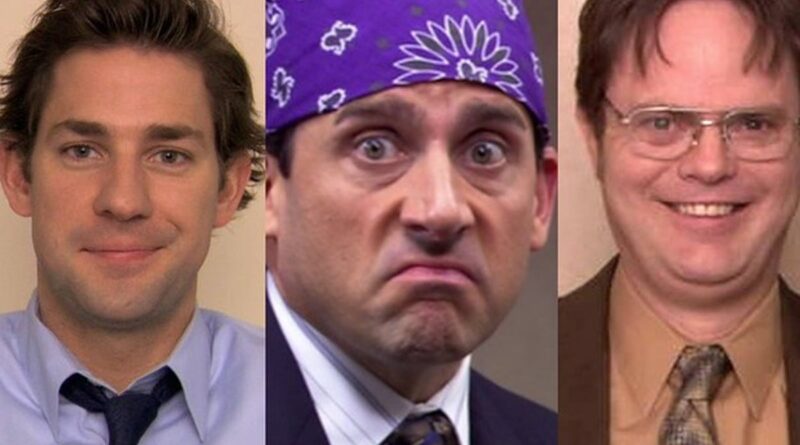 Even though The Office has been off the air for over seven years now, it grows more and more popular with each passing year. Thanks to the internet, younger generations are now being introduced to the show, and falling in love with all of the characters. Such a simple idea, filled with an over-the-top and yet relatable cast, The Office hit the nail on the head. The stand-out stars of the show are clearly Michael Scott, Dwight Schrute, and Jim Halpert.

Based off the highly successful yet short-lived production run of the UK version of The Office, Michael, Dwight and Jim replace the equally as awkward David, Gareth and Tim, yet take the roles to new exaggerated and Americanised heights. The interaction between all three characters is side-splittingly funny and creates natural chemistry that is unmistakable. All three characters do nothing but distract each other throughout the day, bouncing and bundling around the working environment.

Whether you’re a diehard fan of The Office who started watching way back in 2005, or you more recently discovered the series on Netflix and are becoming quickly obsessed, you might be wanting to test your knowledge on the Scranton, Pennsylvania crew. Do you think you’re an expert on the show? We’ll see about that. 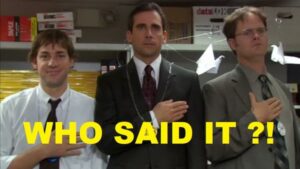 If you love Michael Scott, Dwight Schrute, and Jim Halpert, and think you can ace a quiz on them, then you’ve come to the right place! Try out our “who said it?” quiz below to see if you can tell which quotes are said by each of these three characters.

Who Said It – Jim, Dwight, or Michael?