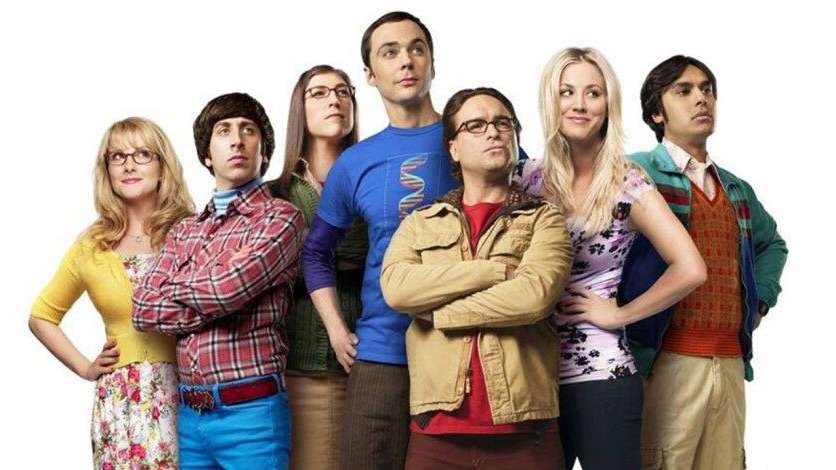 The Big Bang Theory is a show filled with love, science, and laughter. No matter how far away you are from science, I’m sure, you all relate to at least one of the Big Bang Theory characters as if they were destined to be there for you when the earth started( precisely 14 billion years ago, when the expansion started). But since the show was as great as it is, with a lot of mind-numbing Klingon and Morse code, given below is the list of the best characters of the show.

Here are the 20 Best Characters of The Big Bang Theory for you to go through and relate once again. 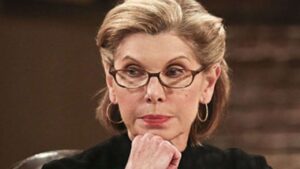 Dr. Beverly Hofstadter or Leonard’s cold mom(cold, strict, and strongly opinionated mom), was the character who, admit it, made you cringe. Her appearance in the show explained Leonard’s nature and also told us how important motherly love is, which is why she is ranked 20th in our list of best characters of The Big Bang Theory. 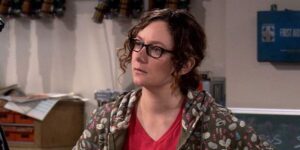 She was Sheldon’s foe and she made him squirm. How many girls managed to do that in the show? Not many that I remember. 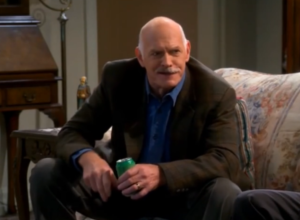 He brought Bernadette to life, so the 18th is a worthy place. The man who taught itty girls with a sweet voice to be intimidating definitely deserves credit. He is the possessive kind of dad who knows how to treat his little girl. 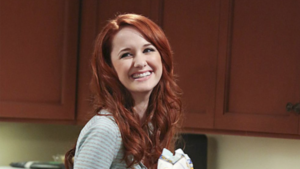 Just when we thought that no one would date Rajesh because of his not so usual behavior, Emily made an entrance, with an even more peculiar touch. with her love for crazy haunted and scary stuff, we loved watching Raj date and being the lover boy. Her being ranked at 17 is justified, as she made Raj seemed more exhilarating than ever with her. 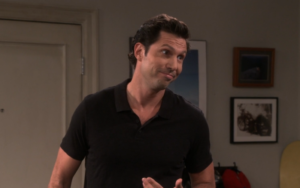 Zach was a treat to the eyes, and whenever he entered the room, all eyes were on him. But here is the thing; he even grabbed the watchers’ entire attention by the stupid but hilarious things he said. The guy, who started with the “scary-dude” personality, ended up being the sweet-dumb guy by the end. Since his occurrence in the show is substantially low, he is placed 16th. 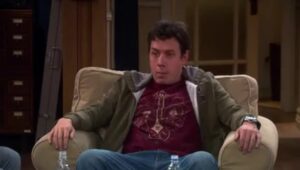 Barry was the competitive colleague who just hated Sheldon. Needless to say, the show has umpteen moments, where the scientists compete against each other, and no, Sheldon does not always win. So 15th rank to the person who brought out the fact that even Sheldon wasn’t a perfect scientist. 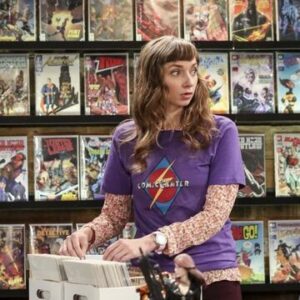 The woman who understood Stuart has to be ranked 14th. After all, how many girls saw what a good guy Stuart was? And how many understood why the boys were so crazy about comic books? Well, she managed to find her heroin Stuart, so she has the same level of imagination skills as did the scientist. 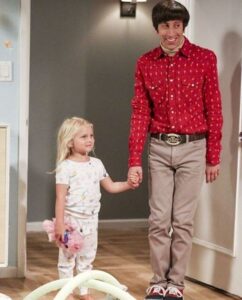 Well, she is ranked so high, because she is the first baby on the show! Giving the babyish Howard a dad figure and portraying herself as the best replica of Howard’s mom, she deserves to be placed high. Also, she managed to rule Howard just like his mom did too, so kudos to that kid! 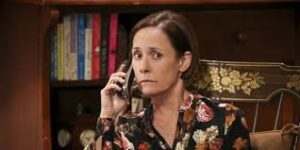 She is a religious mom in the show who brings a down-to-earth balance in Sheldon’s life. While the phrase seems a bit contrary to someone who just wanted to be in heaven, it defines her role well. And the reason why she is 12th on the list is that she managed to make Sheldon an obedient child. 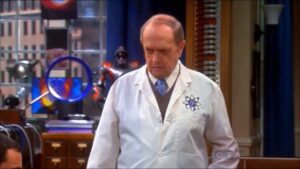 Sheldon might be the child of Mary Cooper and George Cooper, but none of them taught him half as much science as this man did. He had such an influence in Sheldon’s life, that he even came as the guardian angel, guiding Sheldon on his path of righteousness. But apart from Sheldon, he was the role model of Leonard Hofstadter too, and many other science-loving kids. With him being the reason for so many of our science-boys, 11th place sounds about right, don’t you agree? 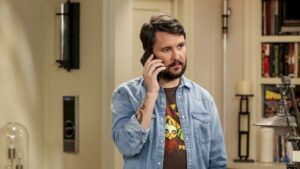 He deserves the 10th rank. The man was a charm, even when in the start he was show-cased as a show-off. He was the famous guy with famous connections who was humble not cause he was humble, but to avoid Sheldon’s attention. He knew how to handle the comic-crazy four. 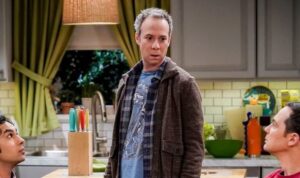 The woman we only heard had a great impact on the show. She was the loving character who wanted her kids to be healthy and fat, even when they were not kids anymore. Her death was hard to bear (the actress who played her, Carol Ann Susi also expired at the same time) and we all missed her yelling.

While he was left out in most of the gang’s games, he’s still a very important member of the show. The sweet-lanky fellow, who always stuck around no matter whether he was invited or not, was an important character. In the end, we see him as a part of the Wolowitz family which just adds-on to the family’s weird nature. 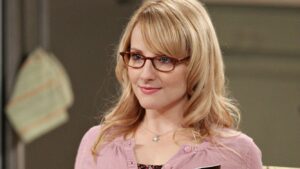 This shrill-voiced character was the partner that Howard chose. Trying to normalize Howard wasn’t a very easy job. She also proved how a sweet little girl could be both hyper-competitive and hyper-motherly. She deservedly earns a place among the best characters of the big bang theory. 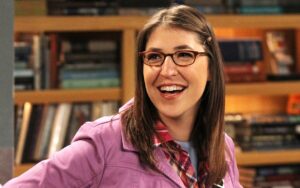 The girl who made our Sheldon a man has to be ranked sixth. The desperate, lonely, but brilliant neurobiologist was the perfect girlfriend for Sheldon and the best addition to the Big Bang Theory group. She was an awkward girl with age-old dressing sense but with good social skills, who quickly fit in with the group. 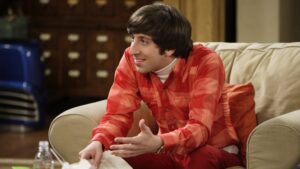 When you watched the first episode of The Big Bang Theory, did you ever think he would be the first one to be married? No? Me neither! The Astronaut changed a lot within a short period (definitely took less time than what earth had taken to cool). Though this character had a lot of nasty lines, it was hard to not see his sweet side and hence this ranking! 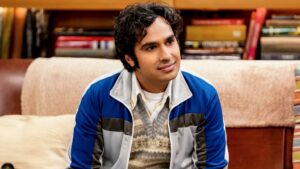 Well, when the Horowitz family lined up so well in the ranking list, it was just obvious to place Raj right with him. The guy whom we all became protective of, was the complete opposite of Howard, with his insecure soft behavior. (Remember when he could not even talk to women?) Though he did not get his life partner in the show, the big bang theory fans are sure that the character does get someone in the unwritten extended Big Bang Theory story. 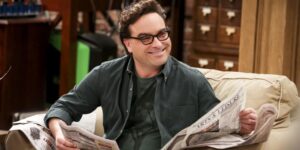 The one with lots of issues, allergic to pretty much everything, and with psychiatry issues, poor Lenny had a hard time. Penny was a nice change in his life, gradually changing him into a more confident guy. This loyal behavior and his everlasting support for Sheldon gained him his 3rd spot. 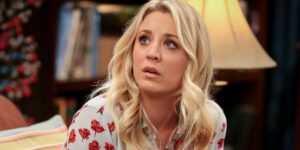 Even though we never got to know her full name, she was more than just the hot girl next door. She entertained us with a glass full of wine. From singing “Soft kitty” for Sheldon to making our Leonard a man he was in the end, she played an important role. And well, she was the balance in the intelligent group, who did not care about learning the Morse code. She is definitely one of the best characters in the big bang theory. Besides, with her looks, would you not rank her this high? 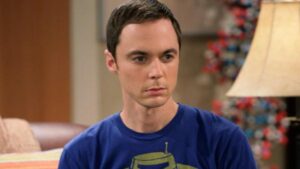 The Big bang Theory became what it is because of Sheldon Cooper. The self-centered, rigid scientist with zero social skills was a character everyone should have hated, but we all ended up loving him. And how could we not? He was not being so on purpose; he was just born with no compassion. With his character getting a prequel show, and with how much he tried to be a good human, how can I not place him first?

I hope you found your character on the list. These characters definitely do not require “maths, science, and history to unravel the mystery”. If you understood this reference, then you have lived through a big bang. If not and you are just planning to, then let me tell you this, you are gonna discover a lot about Schrödinger’s cat!