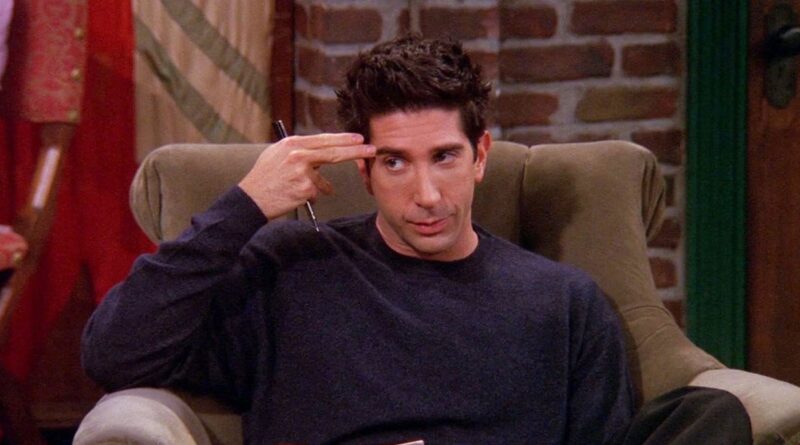 10 Seasons and 236 episodes, we still can’t get over the Dinosaur Geek, and his expressions are the foremost thing to notice before anything else. Ross had a fascinating childhood, from being the co-founder of the I-Hate-Rachel Club to being the most favorable pretty kid of Jack and Judy Geller.

With a Ph.D. in paleontology, he also owns another degree in the art of keeping the feelings to himself. Does it ring a bell? Since high school, Rachel was Ross’s sweetheart. However, he never got a chance to disclose his feelings. In the initial episodes of the show, Ross’s feelings started getting obvious. Nevertheless, Rachel never seemed to notice those feelings most of the time, and it turned into a tangled mess.

Now that we have your attention, let’s talk about Ross, who is helpful, mature, and loving, and everything nice, yet an underrated friend. Let’s talk about why Ross is the best character in friends.

When we said he had a fascinating childhood we also meant that he was mugged at the age of 12 and he lost his precious self-written comic book, “Science Boy”. It was decades later when he found out that Phoebe was the mugger. We all expected him to react with heat, but he was mature enough to forgive the 14-year old girl who robbed him by saying – “Give me the money, Punk”

9. He Was Mostly Not Fine

Ross attracted hurdles in a funny way! His first divorce was a stumbling block to him. Initially, seeing Carol with other women never made him happy, and he used to experience waves of shock, paranoia, and insecurity. Nonetheless, he was the one who supported Carol in her marriage with Susan, when the duo was falling apart. He eventually got over it, but deep inside we all just know the truth.

8. He Was The Best Lobster

There was a small incident in Season 1 where the Geller and Green got competitive while playing poker. During the game, Ross got to know that Rachel didn’t get her dream job, and she was upset. Ross felt sympathetic towards her and he let her win the game. These little gestures mean a lot.

Ross and Rachel always had some drama up their sleeves. No matter what, Ross was always there for Rachel. He had her back, and he was there for her even after they broke up. We all need to admit, Ross was a gem.

From dressing up as a woman in his childhood, and singing “I am Bea ..I drink tea .. won’t you dance around with me?” to being a member of a cool band ‘Way, No Way’ Ross had created some amusing hits like ‘Emotional Knapsack’. Getting it from her father, Emma only laughed when her dad sang ‘Baby Got Back’, which is considered inappropriate for a B-A-B-I-E. Not to forget, he looked super adorable with the bagpipes. His tunes surely deserve nominations in Billboard Music Awards. 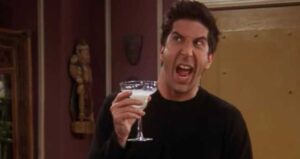 Ross’s hi! is deeply felt and we can’t get sadder about the issues he faced throughout the show. His crazy single life was a lot to handle. Remember the 72 long-stemmed red roses that had been cut up into mulch? He had seen the worse, yet he gathered strength every time, his zeal for never giving up made him even more attractive. The best thing about Ross? He used to put his heart and soul into his relationships. His excellent expressions definitely prove that Ross is the best character in friends.

I take thee …Rachel, this was the highest peak of Ross tangling in something which nearly took forever to get back into the angle. After this whole scenario, Emily just wished for one thing which was of course zero contact with Rachel. After committing such a blunder, a man would do anything to make his second marriage work, but Ross had other plans. He loved Emily but she was not important enough to cut-off Rachel off of his life. Ross knew the consequences of doing that, as it would have put everyone else in a very awkward position. For Ross, friendships were everything, and hence,

Remember the time when Rachel was all set to move to Paris? Ross tried everything he could to keep her in NYC. He gave up his Dinosaurs to bribe Rachel’s boss for giving her a tempting job! However, once he found out that Rachel really wanted to go, he gave it up and bid her goodbye so that she could move on, and be happy in her life. Ah, Ross.

Because of his unique and smart characteristics, he had one amazing idea for his little Ben. Why always Santa and why not Holiday Armadillo? Ross wanted his son to explore more in life, and he wanted Ben to learn about the festival of lights, Hanukkah. He desperately wanted Ben to know more stories related to Christmas. Ross got him all excited for both Santa and the cute holiday armadillo or ‘weird turtle man’ as per Chan Chan Man! Ross and efforts always went hand in hand. All these efforts shows that he actually cared about his children. 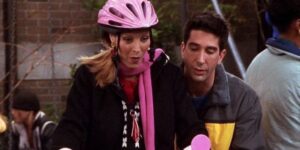 When Ross found out that Phoebe never owned a bike because of her traumatic childhood, he bought her a pink bike and this could not make Phoebe any happier! Not only this, but he also taught her to ride the bike. Not to forget the expensive vintage brooch that was gifted to Rachel, this started the Lobsters Saga, remember? The list is endless, he even bought the white porcelain dog as a souvenir for Joey to keep when he went broke. Pat the dog!

Ross actually did some selfless deeds for his friends throughout the show. He sacrificed a once in a career opportunity to appear on the Discovery Channel in order to care for Rachel despite the fact that she was still angry with him. Giving Phoebe the bike and teaching her to ride it, should also be considered a selfless deed. But most importantly, he walked Carol down the aisle for her marriage with Susan. It shows how great a guy he is and proves that Ross is the best character in friends.

Indeed, the character of Ross makes us question why bad things happen to good people. Maybe it’s because he is always correcting people’s grammar- Whose, Whom… We can literally hear Monica yelling ‘Sometimes it’s WHO’. We wonder why he is underrated as he is actually a friend everyone needs in their life. These were the reasons why we feel that Ross is the best character in friends. Thank you for reading our Ph.D. on Ross. Luckily, it wasn’t 18 pages FRONT AND BACK!

Also Read: 30 Reasons Why Rachel Green was The Worst Friend