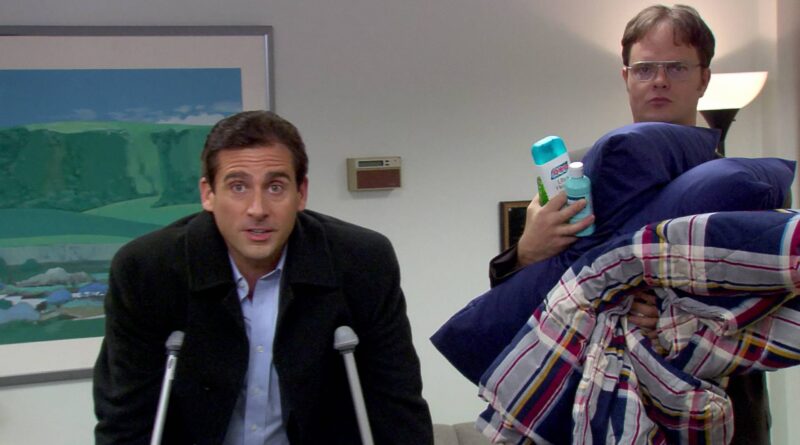 The Office is a mockumentary series that was first telecasted in 2005 on NBC and has 9 seasons, with 201 episodes. The origin of this series is basically from a British series that was created by Stephen Merchant and Ricky Gervais. The Office began in Scranton, Pennsylvania, at a subsidiary of Dunder Mifflin, a fictional paper firm.

Steve Carell played the role of a manager named Michael Scott. In 2006, he won a Golden Globe for Best Actor in a Television Comedy for his performance in this film. The other employees of The Office were Dwight, Jim, Pam, Andy, Angela, Stanley, Kevin, Oscar, Creed, Phyllis, Kelly, Meredith, and Darryl. The Office was a successful NBC series because of its cringe-awkward comedy.

This series was also honored as the best TV series on several occasions by the American Film Institute. By coming that far, now is the right time to travel back to Scranton and find which episodes are cherished somewhat more than the rest. Here are the ten best episodes of “The Office”.

Considering fans’ reviews and critics’ opinions, here are the ten best episodes of The Office. 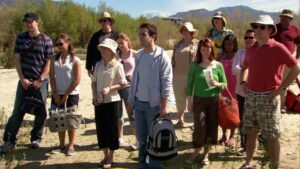 Michael is being considered for a position in corporate, but he also has plans for an office excursion to Lake Scranton, where he will compete in Survivor-style events. Pam isn’t invited to any of the events and is forced to wait and watch Jim and Karen have a good time. Both the Dwight-Andy-Angela and Jim-Pam-Karen love triangles play heavily here. Michael’s unhealthy obsession with Ryan is quite evident, but it is here that for the first time, Michael gets heartbroken. Compelled by the offer of a full-letter grade increase, Ryan gifts Michael with the perfect stage to showcase how little Dunder Mifflin’s regional manager actually knows about running a modern-day paper-distribution branch. But what makes this episode hilarious is Dwight’s shenanigans after a bat enters the Dunder Mifflin office and ends up biting Meredith. Pam’s special moment with Michael as he arrives for her art show gives an emotional edge to this episode. The finale gives every character a moment to shine, harking back to the things we loved about each. Steve Carell’s return is perfect, not over-shadowing the rest of the cast. With moving speeches from Jim, Pam, Dwight, Andy and even Creed, there isn’t a dry eye in the house. Niagara was one of the most adorable and most awaited episodes of The Office. We see Jim and Pam get married at Niagara Falls in the presence of their family and colleagues. The portion where Jim takes Pam on a boat to take their vows is one of the most awe-inducing moments in television history. 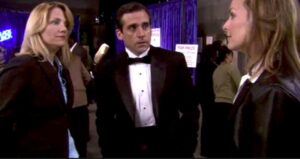 While “Casino Night” is most well known as the episode of The Office where Jim finally declares his love for Pam. Michael finds himself caught in a love triangle with Jan and Carol. “Casino Night” sets the stage for what “The Office” would become moving forward, both in terms of quality and storylines. 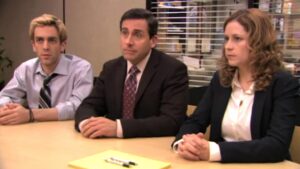 The Michael Scott Paper Firm’s cheap pricing continues to suck business away from Dunder Mifflin, but it is so low that the company is unable to break even. With Jim working as a double agent, Michael negotiates a pretty sweet buy-out package, which includes securing jobs back at Dunder Mifflin for himself, Pam, and Ryan. This is the episode where we bid adieu to the world’s best boss and the show’s major anchor. Michael is hoping for a low-key day to say his farewell. Watching Dwight say goodbye to Michael was hard, and you are left speechless when Pam hugs him at the airport. Deangelo and Andy, Michael’s coworkers, work hard to keep Michael’s clients with Dunder Mifflin. 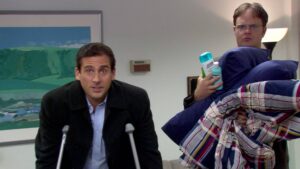 Firstly, the name of this season was “I grilled my foot”, but then it was changed to “The Injury.” In this episode, Michael burned his foot on George Foreman’s grill. The rest of the episode revolves around Michael trying to navigate his workday but ends with him having to accompany Dwight to the hospital to be treated for a concussion. This is the one where Michael and Jan throw an extremely uncomfortable dinner party which also sees the end of their relationship. Due to a lack of excuses, Jim and Pam are forced to attend Jan and Michael’s dinner party. When Andy and Angela are invited to join, things get messy, and Dwight’s jealousy gets the best of him. 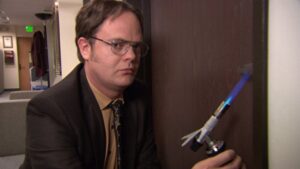 With one of the best cold opens in The Office, this one has Dwight starting a fire drill which ends up with Stanley having a heart attack. There is absolutely no shortage of hilarious moments in this one. With Dwight looking like Hannibal Lecter during the first aid session to Michael hosting his roast, Stress Relief is one of the most-revisited episodes.

Checkout: The Hardest The Office Quiz Ever