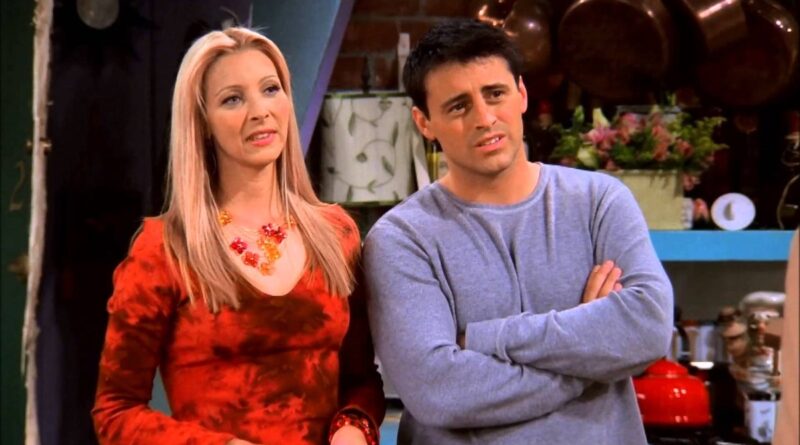 Many shows are based on the concept of friendship but ‘Friends’ remains to be the ultimate sitcom of all times that portrays friendship in the most realistic way. And it is because of this subtle depiction of the characters that people still watch the show over and over again. In this article, we have the ten best friendships on friends ranked. 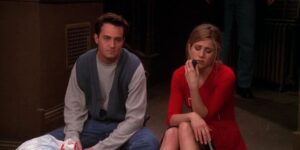 There are a lot of friendships on the show that could have been explored more and Chandler and Rachel are definitely one of those. Just like Phoebe and Ross, Chandler and Rachel also don’t get a lot of scenes yet they are brilliant in the few they got together. Especially the one where they bond over the cheesecake has to be the most special episode that showed Rachel and Chandler’s friendship. And they are often seen giving each other bits of advice as well. This could have been a very good friendship duo only if they were given more screen time. 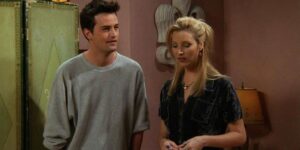 Chandler and Phoebe are probably the two quirkiest, the most sarcastic, and the most hilarious characters of the show. And their friendship is so underrated as well. No doubt, Chandler seems to be really annoyed by Phoebe’s behavior most of the time yet he always gives the best advice to her and Phoebe also helps Chandler pick the ring for Monica. But the most beautiful moment between them has to be when Chandler walks Phoebe down the aisle tells her how beautiful she is looking. Chandler and Phoebe are definitely one of the best duos of the show. 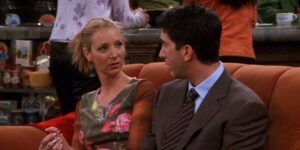 There are very few instances on the show when Ross and Phoebe interact with each other one on one. But whenever they do, they are hilarious and they are quite different from each other. How can we forget Phoebe telling Ross that she doesn’t believe in ‘evolution? That has to be the greatest Ross and Phoebe moment. The thing that makes their friendship so special is how they are totally different yet they support each other. And even though they are not so close to one another, they do have a soft spot for one another which is quite evident in many episodes. Ross buying Phoebe her first bike is an underappreciated gesture of true friendship, that makes it one of the best friendships on Friends. 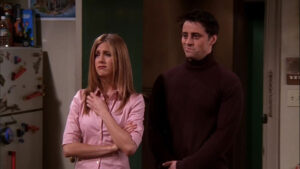 There are a lot of people who love Rachel’s relationship with Ross more than Joey but nobody can deny the fact that Joey was the most supportive friend Rachel has got. How can we forget that he even decided to marry Rachel just after knowing about her pregnancy? He even let Rachel stay at his place after Emma was born and looked after Rachel whenever she was in need. And Rachel always acknowledged Joey’s gestures. She may not have loved Joey as she did Ross but Joey’s love for Rachel was purely beautiful and selfless which made their friendship even stronger. 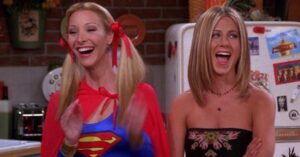 Rachel reluctantly moved in with Phoebe when Chandler moved in with Monica. But this reluctant relationship between Rachel and Phoebe became very close and understanding as time progressed. So much so that Phoebe even picked Rachel to be her date over Monica who was her friend way before she knew Rachel. Had they got a little more screen time these could beat any friendship duo very easily, but Phoebe and Rachel’s criminally underrated friendship is one of the best friendships on Friends. 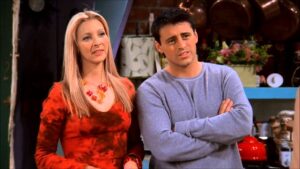 Joey has always been the most loyal and the most caring friend of the group and that’s why he is everyone’s best friend. But Phoebe and Joey’s bonding surpasses every level of friendship. They do talk about possibly everything to each other and have made a separate universe for themselves where they even discuss everyone else. One of the best parts of their relationship is how emotionally close are they. Nobody can forget Joey consoling Phoebe when David left her. They are each other’s ultimate support system. And undoubtedly they are among the best friendships on Friends. 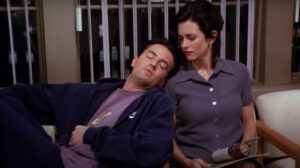 Chandler and Monica never thought of dating before they actually started dating. And their relationship was way better than Ross and Rachel. This is because they were great friends for so long and we can’t underestimate their friendship. And their perfect relationship is proof of how important is it to be each other’s best friends before being partners. Monica and Chandler even confessed to Joey that their friendship is the reason behind the beauty of their love for each other. 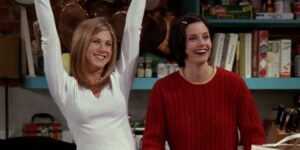 Rachel and Monica were friends from high school and probably know everything about each other. But at the start of the show, we got to know that they have not seen each other for very long. But their friendship did not diminish and Monica let Rachel live in her apartment and supported her when she needed a loyal friend the most. It would not be wrong to say that it was because of Monica’s support and love that Rachel learned to be independent and make a future for herself. And the way both of them expressed their when Rachel was leaving the apartment was purely innocent and beautiful. These two has to be the best friendship to be portrayed on American television. 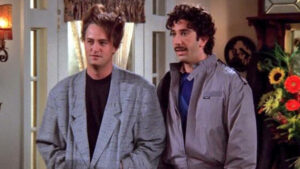 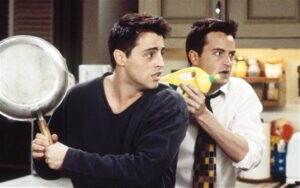 It would be more appropriate to call these two brothers than friends because the kind of friendship and love they have for each other is simply astonishing. There have been a lot of misunderstandings and mishaps between these two but their friendship has truly stood the test of time. They simply can’t live without each other. Chandler has supported Joey in every possible way from financially to emotionally and even though Joey never really was capable of helping Chandler financially but he has always been very supportive of Chandler. And the most important thing about their friendship is that no matter how much they fight they always sort it out without letting anyone else involved.