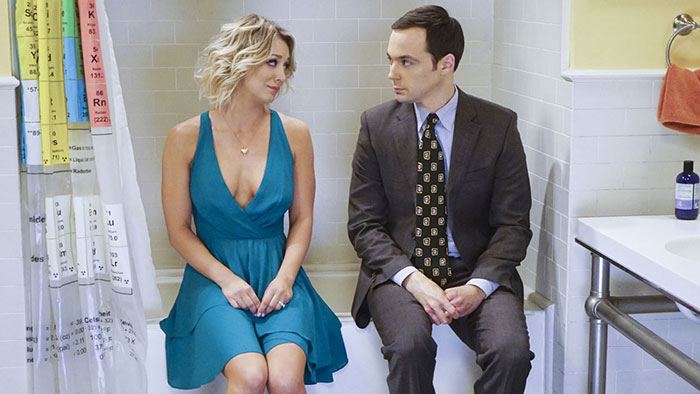 Starting in ‘2007 and ending in 2019, The Big Bang Theory is one of the most hilarious and refreshing sitcoms of all time. The show is one of its kind which depicts the personal life of four, well more exactly, three scientists and one engineer. The show focused on the problems faced by the central characters because of their lack of social and communication skills. This is the show that made the ‘nerds’ look cool.

Though the show had only five lead characters when it first aired, two major characters were also added in the later seasons. In this article, we are going to rank the top 10 pairs who gave us friendship goals over these twelve seasons. So let’s start from number 10!

Here are the ten best friendships on The Big Bang Theory ranked. 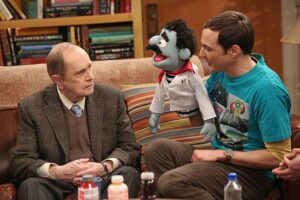 Who says people with a generation gap cannot be best friends? Sheldon and Prof. Proton’s relationship was the best example of it. Sheldon has always idolized Arthur and as soon as he got the chance to meet him, he didn’t lose a second to do that. The bond that developed between them was such that it didn’t break even after Arthur’s death. No matter how annoyed Arthur was by Sheldon’s behavior, he always helped him in hard times. And that’s why this relationship deserves to be among the best friendships on The Big Bang Theory. 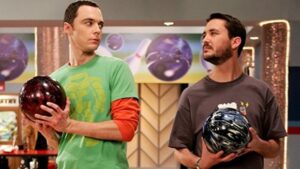 It is hard for anyone to be Sheldon’s friend, so imagine how hard it would be for his enemy to become his friend? Well seems like, not too hard. All of us know, Wil was on Sheldon’s enemy list for ages and it only took a moment for Wil to bury the hatchet and become Sheldon’s close friend. Since they became friends, we saw them doing favors to each other a lot of times. And Wil’s value for Sheldon became very clear when he chose Wil over Amy for his Flag show. Sheldon and Wil’s friendship was not conventional but its development was certainly very interesting to watch. 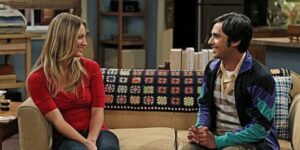 It is funny how a man who couldn’t even talk to women (for half of the show) became a very good friend of one. Raj was always very interested in the three girls and often crashed their parties, in the process, he unknowingly became a very good friend of Penny. We saw her often caring for his love life and giving him advice. And Penny always lends her shoulder to Raj to cry on after his break-ups as well. So much so, Penny was the first woman to whom Raj spoke for the first time without being drunk. Now that’s what we call the magic of friendship! 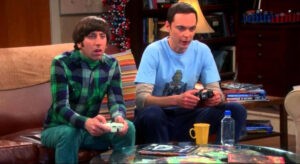 Howard and Sheldon did not get many one-on-one scenes alone, but the ones they got, showed a very interesting and beautiful relationship that existed between the two. As we know, Sheldon never gave much respect to Howard because he was a mere engineer but the two really cared for each other and were often seen giving each other good advice and comforting each other. Howard talked sense into Sheldon when he got to know about his mother’s relationship. And how can we forget Sheldon’s words when Howard’s mother died. In a true sense, Sheldon made up for always pulling Howard’s leg. 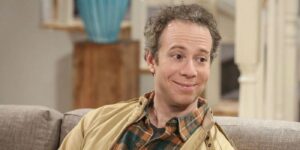 Let’s agree to the fact that anybody really cared about Stuart. And the only reason why Howard gave him shelter was to take care of his mother. But that proved a turning point in Stuart’s life and we never really saw, well more precisely heard Mrs. Wolowitz so happy. Did we? The Big Bang theory is filled with such unusual relationships that must appreciate the creators and especially the writers. Stuart and Debbie shared a beautiful bond that sounded over-the-top to Howard but it was quite clear how much he enjoyed Mrs. Wolowitz’s company and vice-versa. And if any character from the show was Stuart’s true friend, it has to be Mrs. Wolowitz. 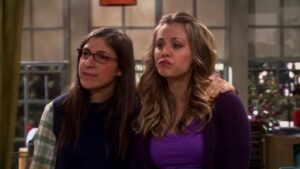 Let’s make it clear, Penny was clearly forced into becoming Amy’s bestie. But this was the best-forced relationship ever. Despite being totally different from each other, both the girls became best of friends. Though initially, Penny was quite reluctant towards Amy’s attraction towards becoming her bestie but she failed to resist the pure-hearted spirit of Amy and Amy got the best friend she deserved. As their relationship developed, it became very clear how much they cared about each other. Remember Penny standing up to Mrs. Fowler on Amy’s wedding day. That’s how much she cared for Amy and never failed to show that. 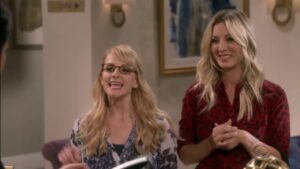 Though Penny was taken by Amy, yet this fact never really got in the way of Bernie’s and Penny’s friendship as they were friends even before they met Amy. Though despite being good friends, Penny sent Bernadette on a date with Howard which she regretted but this made Bernadette a permanent member of the group and thus started Penny and Bernadette’s friendship journey. In very little time, they became best of friends. Later on, Bernadette helped Penny get a job and at times Penny helped Bernadette with her kids whenever she needed.
And now it’s time to see the top 3 best friendships on The Big Bang Theory. 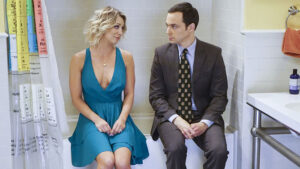 The most extremely different people who were most unlikely to become friends, let alone best friends were Sheldon and Penny. But that is the power of character development. Maybe the theory of ‘opposites attracts’ was applied to the character dynamics of these characters and it could not have better results. Sheldon’s annoyance with everything that Penny did to appreciate her for being expressive and social, Sheldon and Penny’s friendship has to the most beautiful and innocent relationship ever. Like other characters, Penny and Sheldon helped each other a lot of times. But the most beautiful moment was when Sheldon hugged Penny on Christmas to thank her for the gift. 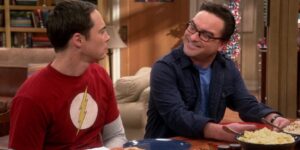 Sheldon may not be the friend everyone wants to have, but Leonard is surely the friend everyone desires. Though it took a hell of a lot of time for Sheldon to understand how important is Leonard’s friendship to him. This is the one friendship that really stood the test of time. The dedication and toleration Leonard put in this relationship was beyond anyone’s understanding but surely he saw that Sheldon is not exactly what he shows. And just like the chance to slap Sheldon, Leonard was the only one who deserve to be called Sheldon’s best friend.
And now it’s time to see the number 1 friendship of TBBT. 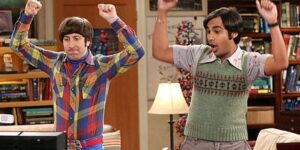 Friends, colleagues, partners, you can call them whatever you like but somewhere we know Raj and Howard are brothers who simply can’t live without each other. The most important thing about Raj and Howard is that they know each other’s worth in their life and it shows when they don’t take each other for granted when they find their romantic partners. And the most important thing is they acknowledge this fact every now and then. Clearly, their friendship has surpassed the limitations of friendships and they are simply deserving to have this extraordinary friendship. And Howard making Raj his children’s Godfather showed that very accurately.

So, that was it for today guys. Let us know what do you think of our list of best friendships on The Big Bang Theory.

Checkout: The Hardest TBBT Quiz Ever