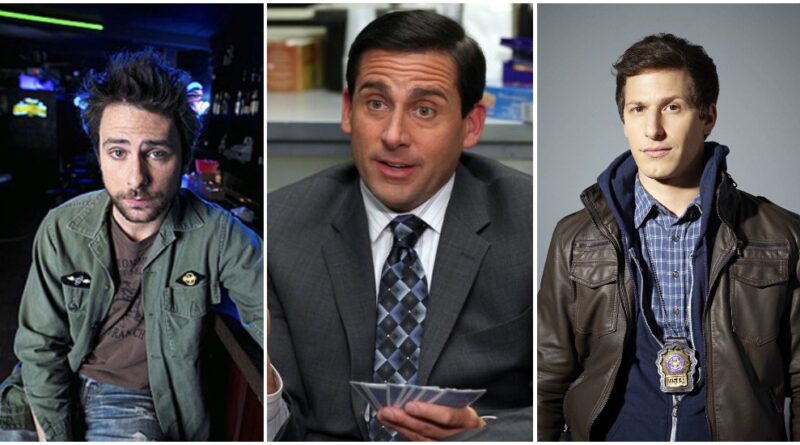 Hey guys! Welcome to another very interesting quiz where we will talk about the most loved characters of three of our most favorite shows. Today, we are going to quiz you with the most iconic dialogues by Michael Scott from The Office, Jake Peralta from Brooklyn Nine-Nine, and Charlie Kelly from ‘It’s Always Sunny In Philadelphia’. But before starting, let’s take a look at the similarities and differences between these characters.

There is not a hint of doubt that all these three characters are very different in personality, looks, and everything else. But did you ever notice that is a connecting link among these three that makes them very similar? Let us explain. Michael Scott, Jake Peralta, and Charlie Kelly are narcissist characters who are full of themselves and almost think they are the best person present in the room. Though these characters change a lot as the shows progress and that’s what makes them such remarkable characters. Now, let’s break down all three characters one by one, and let’s see how all the characters developed differently.

Michael Scott is the eldest character of the three and perhaps the most beautifully written character ever. Introduced as an obnoxiously annoying boss, Michael’s character went to drastic changes after season 1 and he made his place in our heart with his quirky personality somewhere in seasons 2 and 3. As the show progressed, Michael’s character developed rapidly becoming more mature, and less annoying and not to forget caring towards others’ feelings. There is no comparison to Michael Scott with Jake Peralta or Charlie Kelly as these characters are much younger yet Jake and Charlie’s character are very similar to Michael’s. 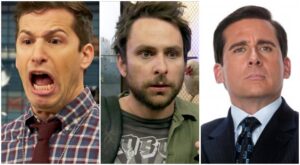 Now coming to Jake Peralta, we have a child in the disguise of a genius detective. Jake Peralta, also known as ‘detective-right-all-the-time’ is a bit of a narcissist and does not get tired of telling others how insanely intelligent he is. The most important thing that differentiates Jake Peralta and Michael Scott is that even you cannot hate Jake when you watch him for the first time whereas you can’t like Michael from the first time you are introduced to him. But that does not mean that Jake’s character does not evolve. On the contrary, he becomes a responsible and loving person who also acknowledges people could be more capable than him. Thus, giving us the required character development.

Last but not the least, Charlie’s character is more or less very close to Michael and Jake. Obviously, he is not intelligent but he seems to be intuitive of what is wrong and what is right. Similar to Jake, Charlie is also child-like and innocent but he is always good at heart. As the characters of IASIP are meant not to change too much, Charlie’s limited character development shows his growing empathy for the to-be victims of the gang.

So these were the three characters from three very different shows and now it’s time for you to take up the hardest Who said it quiz and do let us know your scores in the comment box!

Who Said It – Michael Scott, Jake Peralta or Charlie Kelly?