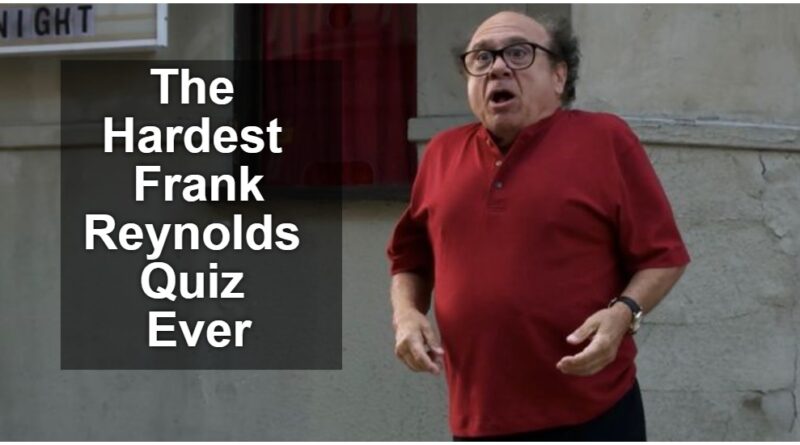 ‘It’s always sunny in Philadelphia’ has been one of the most loved and appreciated shows. The show is known for its funny characters and who can beat Frank Reynolds when it comes to craziness and insanity! Portrayed brilliantly by Danny DeVito on-screen, Frank Reynolds is one of the leading characters of the show. Let’s find out a few interesting facts about Frank and then take up the Hardest Frank Reynolds Quiz Ever.

‘It’s always sunny in Philadelphia’ is a show which is popular for its diversity of character. Unlike most of the hits sitcoms of American television, ‘It’s always sunny in Philadelphia’ consists of characters that are unrefined and raw which makes them somewhat relatable to most of the audience. The not-so-perfect or rather not at all perfect “gang” is the center of all the happenings. But today we are here not to talk about the gang but about our eldest yet the smallest gang member Frank Reynolds.

Father to Dennis and Dee Reynolds, Frank is nothing like a father figure. Starting from his appearances, which is, for most of the show described as ugly and fat, he is the so-called manager of Paddy’s pub.  The most important thing to know about Frank is that he is the eldest member of the gang but that doesn’t mean he is the most responsible one. Like every other member of the group, he is also funny and hilarious in his way. One thing that is notable about Frank is his attitude towards Dee and Dennis. 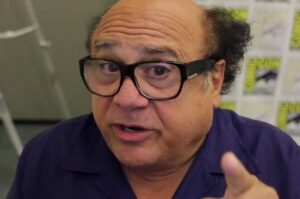 As we know, Frank is the adopted father of Dee and Dennis. But the most remarkable thing is that it doesn’t show in their relationship at all. They are like any other father-son-daughter relationship or in other words a happy family. The show’s makers did give a good message regarding how relationships are built on love rather than on blood. Though most of the relationships of the show do seem unlikable and weird yet the show is admired for the same. If we talk about the character development of Frank, then we must admit that there was massive development but in the opposite direction.

Initially, Frank was introduced as a successful businessman, he turned into a madcap disgusting man in the later stages of the show. This, of course, does contribute a lot to the comic aspect of the show. Being a sitcom it may have been a necessity. But one of the most notable things that make Frank very popular and a favorite among fans is his willingness to crack jokes on his personality as there are not many people who would be willing to do that.

Though we all may not want a father like Frank in real life a little aspect of his personality is a must-have for anyone to bond with their kids. So these were a few things about Frank and his life, now it’s time for you to take up this hardest Frank Reynolds quiz and let us know how much you know him. Don’t forget to tell us your scores in the comment section. Best of Luck!!

The Hardest Frank Reynolds Quiz Ever