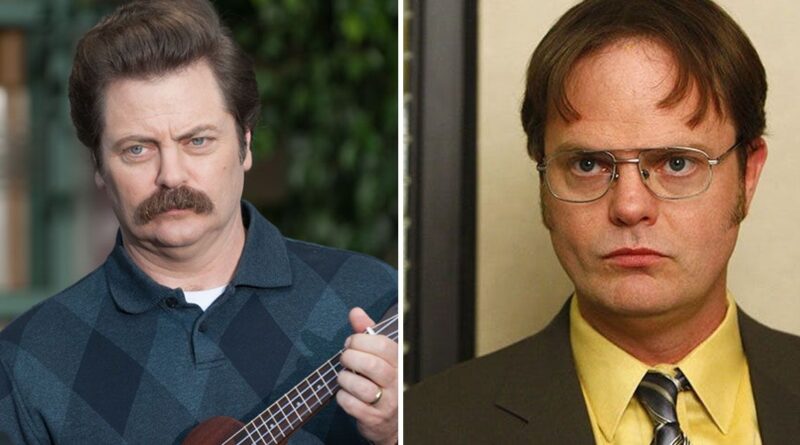 Hey guys! Welcome to yet another amazing quiz where you have to guess which of these characters—Dwight Schrute from ‘The Office’ or Ron Swanson from ‘Parks and Recreation’ said these dialogues. The reason why we chose to confuse you all with particularly these characters was the fact that both these characters share a lot of similarities. But before jumping on to the quiz, let’s take a look at what makes the two shows as well as these characters similar.

Besides being created by Greg Daniels and Michael Schur, ‘The Office’ and ‘Parks and Recreation’ have a lot of similarities. First of all, both the shows are shot in the ‘mockumentary style’ which sets them apart from other sitcoms. But there is a lot of difference in the way the characters of the show treat the camerapersons. In ‘The Office’ all the characters are direct with the cameraperson and talk to them directly but in ‘Parks and Recreation’ the character does not interact with the camera person and there is no such thing as a documentary though both of the show an American workplace from their perspective.

The next thing that makes both shows very similar is the workplace environment. The shows have a benchmark in the history of workplace sitcoms. Though ‘The Office’ was aired way before ‘Parks and Recreation’ yet the concepts of the show are quite the same. Fans often compare many characters as well. And if we are talking about character comparisons, let’s take a look at what makes Dwight Schrute and Ron Swanson similar and at the same time different from each other.

First of all, both of these characters love surviving skills. And if these characters would ever meet each other, it is undeniable that we will appreciate their surviving skills. Though it is difficult to imagine if Dwight is capable of appreciating others? Isn’t it? Another thing that makes both these character is their practicality which sometimes goes over the limits of course! But both of these characters believe in self-preparedness for anything that comes their way. And that is the link where both are united. The next thing that makes them very similar is the ‘straightforwardness’ for which they are known in their respective offices. Both Ron and Dwight to be very good at their work and can’t bear anybody dictating them. 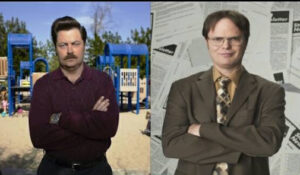 There is no doubt that both Ron Swanson and Dwight Schrute are some of the most iconic characters ever created. But if we observe keenly, there are a lot of similarities that you will find in both the personalities. Especially if we compare them in the workplace, they are a lot similar. The only difference that we find is when they are indulged in their personal lives. It would not be wrong to say that Ron Swanson seems to be a less annoying version of Dwight Schrute.

That was all the information about the characters. Now it’s time to take up the quiz. There are 30 questions and you need to answer at least 24, in order to pass. Do let us know your scores in the comment section below. Good luck!

Who Said It — Dwight Schrute or Ron Swanson?