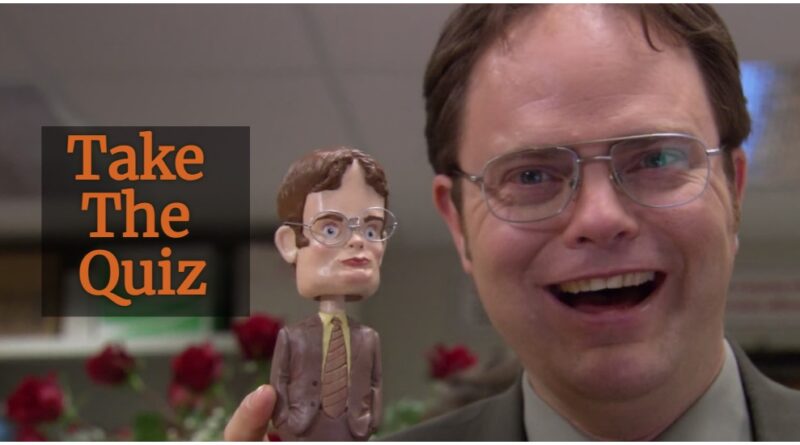 Welcome to another edition of ‘The Office’ quizzes. In this one, we will test your knowledge of Dwight Schrute, the assistant to the regional manager. But before we begin the hardest Dwight Schrute quiz, let us refresh your memory about the character and the show.

The Office may have shut its doors in 2013, but Rainn Wilson’s hilarious portrayal of Assistant (to the) Regional Manager Dwight K. Schrute remains a part of the pop-culture consciousness. After all, Dwight is a hard-hearted geek, a wannabe martial artist, a neo-fascist salesman, and an absolute lapdog to Regional Manager Michael Scott, and Wilson’s performance created one of the most well-loved misanthropes in TV history.

For all his eccentricities, Dwight really isn’t that bad a guy. Knowingly or not, Dwight was often the funniest character on The Office, largely due to the extremely peculiar details about his family life and upbringing, turning him into the very strange man annoying Michael, Jim, Pam, and the rest on a daily basis. Of course, not everyone in the office hates Dwight all the time, and some even come to love the little whack job in one way or another.

Does Dwight reciprocate that love? Pfft, no way! That’d be a sign of weakness, and that’s the one quality Dwight believes he doesn’t have. Anyone who reads the guy’s three resumes should be aware of that fact. 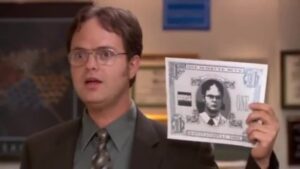 Throughout the course of The Office, Dwight Schrute both worships Michael Scott and has ambitions for his office. And in one of the many ways in which life imitates art, Rainn Wilson didn’t initially audition for the role of assistant (to the) regional manager. He wanted to be the big dog (Michael Scott) himself.

Enough with the talking, if you think that you know enough about the character, ‘the hardest Dwight Schrute quiz’ might just be for you. This quiz has 50 questions and if you can answer at least 40, you will be deemed good enough.

2 thoughts on “The Office Trivia: The Hardest Dwight Schrute Quiz Ever”