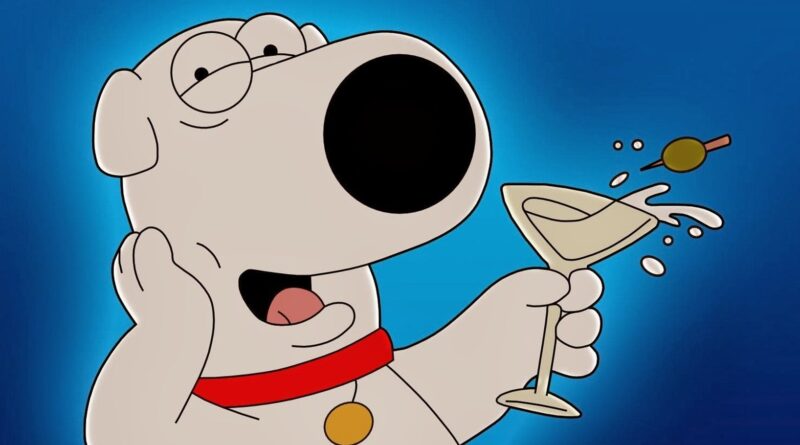 Hey everyone, welcome to yet another amazing trivia on our favorite animated comedy series, Family Guy. And today we are going to test your knowledge about one of the most important members of the family, Brain Griffin, the family dog. But before jumping on to the ultimate Brian Griffin quiz, let’s take a look at some of the most interesting facts and aspects of Brian’s life.

Brian is introduced as a nine-year-old family dog of the Griffin family but Brian’s introduction is not limited to that only. He may be a dog but he is no less than a full adult man in the prime of his life. The show’s creators have endowed a lot of classic and unique characteristics in Brian’s character that makes him a multi-dimensional character. First and foremost, though Brian is a dog, he can talk just like humans. Though it’s not new to make animals talk in animations but unlike other animated animal characters we have seen on television, Brian is highly intelligent and loves to flaunt his intellect as well.

Another thing that makes Brian very different from other characters seen on screen is his love life. Brian has a rich dating just like other human characters of the show. He is really very much into girls and has seen dating a lot of them, besides the fact that he is a dog. Brian’s character seems to be a mixture of human and dog as he has an indigestible amount of human traits and of course, his appearance is a dog. Another aspect of Brian’s life that takes him close to a human is his drinking habits. He is an alcoholic and also addicted to marijuana. 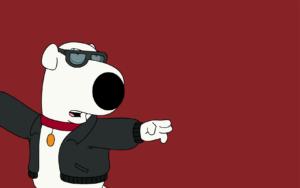 Brian’s accomplishments are so many to count in a few works. Instead of being a dog, he has been to college though never graduated. Above all, Brian is an amateur writer and has written quite a few books and he is talking about his love for writing and his wish to become a successful writer. Brian’s life is full of adventures as he maintains a good relationship with Stewie, with whom he takes part in almost every scientific experiment. Besides Peter, Stewie is the person Brian truly loves the most and their sweet and sour friendship is one of the most amazing aspects of the show.

The true bond of Brian and Stewie’s friendship was depicted in the episode when Brian died and poor Stewie felt devastated. Stewie couldn’t imagine his life without Brian and through his scientific abilities, Stewie went back in time and saved Brian. Now that is what we call true friendship! So these were some of the tit-bits of Brian’s life which make him one of the most lovable characters on ‘Family Guy’.

And now it’s time for you to show how well you know Brian and his life. Scroll down and take up the ultimate Brian Griffin quiz and don’t forget to share your scores in the comment section below.