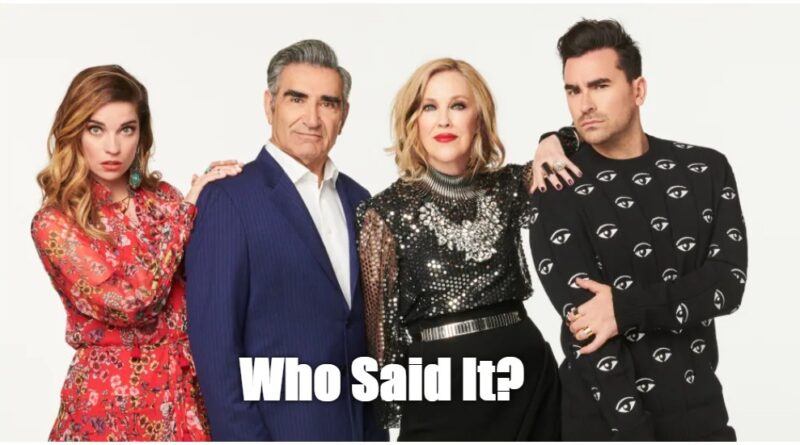 Welcome Schittheads, to yet another trivia quiz on Schitt’s Creek. In this one, we will test your knowledge of the quotes said in the show. We will be asking you whether quotes were said by David, Johnny, Alexis or Moira. Before beginning the Schitt’s Creek quotes quiz, let us look into some details of the show.

With bagging 9 Primetime Emmy Awards this year, Schitt’s Creek is undoubtedly the most loved show in recent times. The show will be counted among the best fish-out-of-water story ever. It is just perfect in everything. Be it comedy, acting, writing, or direction. But one more thing that makes this show even more amazing is its casting. No matter if it is major or minor, all the characters of the show are perfect.

David Rose is introduced as the sarcastic, high maintenance, and humorous son of millionaire Johnny and Moira Rose. After the unfortunate embezzlement, he moves to Schitt’s Creek with his family and this is where we get to see the real struggle David has to go through for the first time in his life!

Johnny is the father of David and Alexis Rose and the husband of Moira. His character is also important because he always kept his family above everything and tried to protect them. Of course, sometimes he looked harsh from the surface, but he always gave his children and wife the best advice. Preparing David for the interview to talking about Alexis about her pregnancy, Johnny is the most amazing person any family can have. 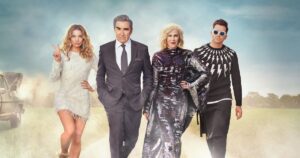 Alexis was introduced as a spoiled, bratty, and not to forget the charmingly beautiful daughter of Johnny and Moira Rose. She was struggling with her calling in life and was confused about what to do with her life. Her mother Moira Rose is the matriarch of the Rose Family. Moira’s character development is also very remarkable. In the first season, we saw how reluctant was she to make relationships in the town of Schitt’s Creek, but through the seasons she became more concerned in the affairs of the town and did whatever she could for the best of town.

We hope your memory has been refreshed. Down below is the Schitt’s Creek quotes quiz for the biggest fans. There are 30 questions and you need to answer at least 24, in order to pass. Good luck!