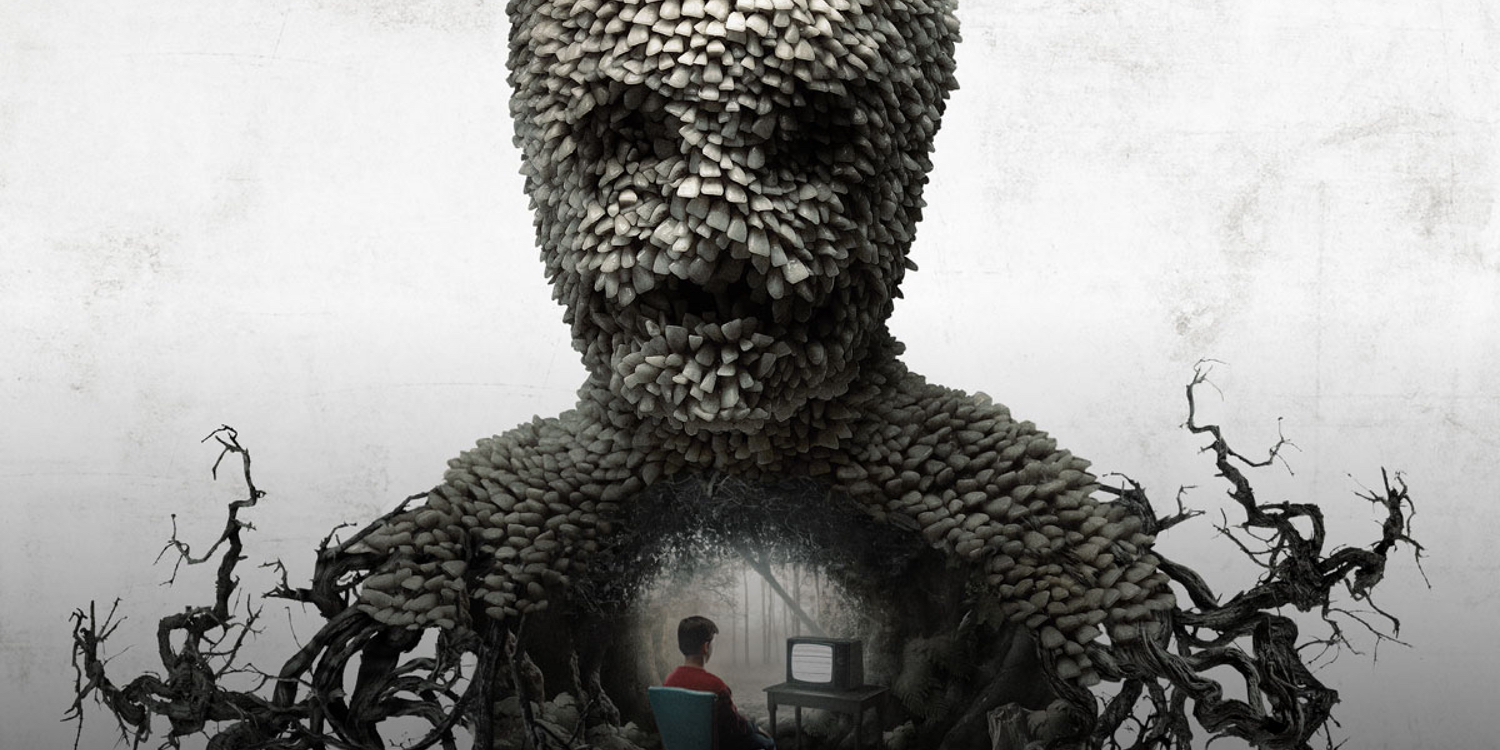 When things bump in the night there are two kinds of people: those who cower in fear and those who go and explore. The following list is for the latter kind, a top ten of the scariest television shows that are guaranteed to keep you up at night!

This list of ‘best horror shows to must-watch’ is a mixture of critics and audience ratings. These shows are guaranteed to keep you hooked.

Here are the top ten best horror shows to must watch- 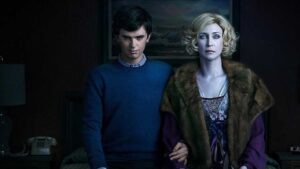 Any horror genre fan out there knows what a brilliantly creepy mind Alfred Hitchcock had and his movie Psycho was proof enough. Expanding on both the film and the novel, Bates Motel is a prequel to the Norman Bates’ story.

Starring Vera Farmiga and Freddy Highmore, Bates Motel isn’t your run of the mill horror show. Sure the murders are grisly, but the heart and soul of the show is the relationship between Norma and Norman. Definitely one of the best horror shows to must watch.

What makes your skin crawl while watching the show is that one you know things are messed up and you’re always preparing for the worst. Also to find yourself empathetic towards the duo which is enough to make you cringe! 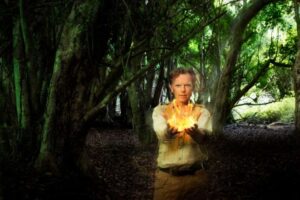 When famed explorer Dr. Emmet Cole went missing looking for “magic” deep in the uncharted Amazon basin, it seemed to be the end of his story. That is until out of nowhere, six months later, his beacon goes off alerting his family and thus prompts them to go looking for him.

But the further they go into the forest the more bizarre things turn. From wandering spirits to deadly curses, angry Amazonian tribes stalking the crew to cannibals, the crew faces it all. Will they make it out in one piece though? 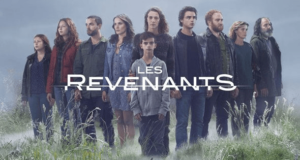 What would you do when you lose a loved one and one fine day they show up alive and well with no recollection of the fact that they had been dead all this while? Would you welcome them back with open arms or would you be unnerved by their presence? Would you not question the force that brought them back or would you want to know what kind of people had returned and why? These are the questions that the French thriller leaves you to answer.

The story explores the lives of those affected by the loss and those who returned. There is an element of eeriness and inevitable dread which coupled with spooky events that leave everyone uncomfortable.

The show takes its time to explore the stories of all those who returned, establishing how they are all connected and all the while leaving you to bask in the ominous mystery of what is going on.

“Quid pro quo, Clarice.” A single line that give any horror genre enthusiast goosebumps. However, this television version of the infamous Hannibal Lector doesn’t focus on his relationship with Clarice.

Rather it reinvents the Hannibal persona, a brilliantly devious cannibal who plays mind games with the FBI by establishing a relationship with the unusually gifted profiler Will Graham.

Grotesque, unhinged and something that plays with your mind, Hannibal is a show that is definitely not meant for the weak-hearted. Its undoubtedly one of the best horror shows to must-watch. 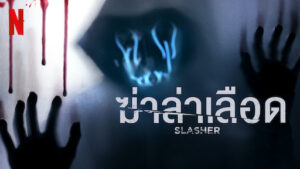 The title says it all. This one is treat for those who enjoy the slasher genre. Starring Katie McGrath, the story follows the life of a woman who returns to her hometown, the very same one where her parents had been murdered by “the Executioner” on the night of her birth.

Not a week into her arrival, a murder spree begins, each a grotesque punishment for violating one of the seven deadly sins.

Sure, the murders are enough to make you want to cover your eyes and the suspense is enough to leave you on the edge of your seat. But what makes the story so scary is the hidden secret lives the residents of this small town are leading and how twisted they are. It’ll leave you wondering if you really know your neighbor. 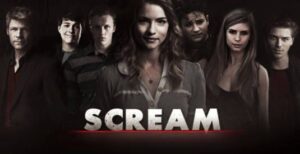 Another show based off an insanely popular horror movie, MTV’s scream is not one to disappoint. The first two seasons follow Emma Duval and her life in the fictional town of Lakewood. Her life in mysteriously connected to a horrific crime in the towns past.

With a few string of killings, Emma finds herself the focus of the killer’s obsession and it puts both herself and those around her in danger. Armed with jump scares, gore-soaked murders, the unnerving fear that you can’t trust anyone, this show will have you hooked. 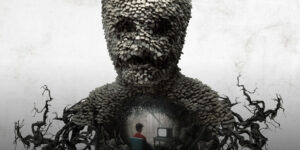 Creepypasta is where all your nightmares lives, and Channel Zero has bought all those nightmares on to your TV screens.

From the urban legend of Candle Cove that is basically about a television show that only a select few children can remember that existed that leaves them tormented to the cannibalistic carnage of Butcher’s Block. There are surprising terrors waiting in each new, innovative season of the thrilling series.

Black Mirror isn’t your average run of the mill horror shows. It’s a show that really messes up your mind with its incredibly strange themes. Whether it’s a stick, a rock, a gun or a rumor, Black Mirror makes you realize how dangerous a person can be when it comes to inflicting damage of others.

It makes you see how dangerous the internet can be if used as a weapon, how technology can make your life more difficult and makes you question what you would do in a do or die situation. It inflicts a sense of paranoia that lingers well after you’re done with the episode.

One of the most popular horror series, the show really is a horror fest. Each season follows a different theme, each as disturbing as the last.

From a haunted house where nothing is right at all and the viewers know it yet can only watch as the terror unfolds, to an asylum where you don’t know whose more messed up the patients or the doctors, to a freak show circus full of characters that will haunt your nightmares.

We haven’t scratched the surface of all nine seasons. With a stellar cast including Evan Peters, Sarah Paulson, Emma Roberts and Lady Gaga, you have to see it to believe how creepy this show actually is! 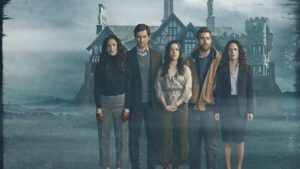 A beautiful mix of emotionally traumatic and downright traumatic, Haunting of House Hill is the perfect ghost story that we’ve been longing for.

The story that goes back and forth from past to present and between characters, the story follows the Crane family and the aftermath of their mother’s unexplained death at the obviously hunted Hill house. The show is downright scary, with terrifying ghosts hidden in every corner (literally!), suspense and an impending sense of doom.

The story also explores family relationships, mental health struggles and the collective coping a family has to do after a loss. Each scene will make you take a double take wondering if you actually saw what you thought you did. Rumor has it, the second season will be even better!