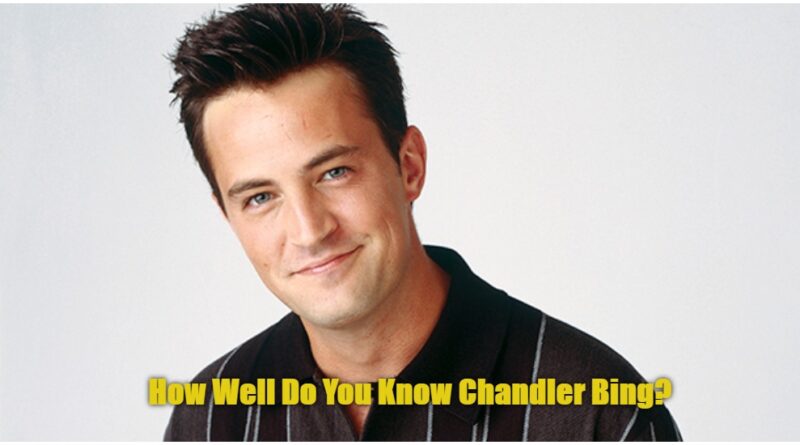 Welcome back to another edition of Friends quiz trivia. In this post, we are going to test exactly how well do you know Chandler Bing? But before we begin the quiz, let us look into some aspects of the character.

Chandler is not only the funniest but also the cutest and most lovable character on the show. We love him for his sarcastic humor and the funniest one-liners on the show. Unquestionably, he makes the best puns that are timely and witty. He gets the audience to laugh intensely and is easily the humorous character. Joey’s simplicity and Chandler’s sarcastic comments make the best pair which makes you puff severely.

It took Chandler many years to ultimately find his love in Monica. Chandler was clumsy and hopeless for love in the prior seasons, and his character was written as growing into a sophisticated person after ending up with Monica. They did long-distance work, found an alternative to have babies, clarified their enigmas together, respected and supported each other.

As previously told, Chandler adored Monica more than anything else in his life and was willing to do anything to bring a smile to her face. He was a man who was hesitant of commitment although became a wonderful husband, the reason being Monica. Chandler shows that he’s a true gentleman in affairs, like when a pretty woman forces herself on him, and he says no, and declares to her how much he loves Monica. His discourse to persuade Erica to give them her baby certainly made you grab a tissue, especially when Monica is a mother without a baby. 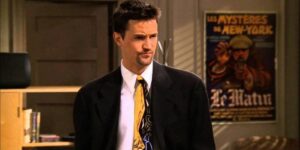 Chandler was immature in the initial five seasons and awkward in the whole series. Despite these traits, he accepted his friends and girlfriend for who they were. In fact, it was his uncertainties that held him up and made him contemplate practically. He never empowers his insecurities to intrude in his views and struggled against them bravely. He had so much strength to quit his job at a high point and begin at his age when he was more than 30 years old and settled.

Monica was so fortunate to have such a lovely husband. Enough with the details. Now let’s find out how well do you know Chandler Bing? There are 25 questions in this quiz, answer at least 20 to pass it.

How Well Do You Know Chandler Bing?

One thought on “Friends Trivia: How Well Do You Know Chandler Bing?”