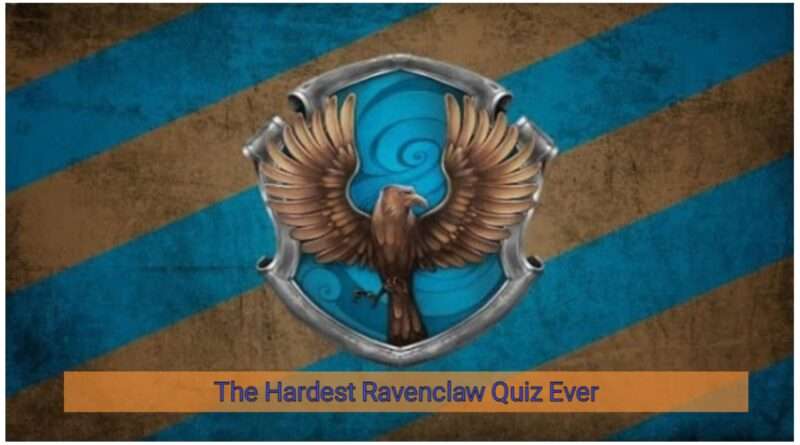 Hey, Potter heads! Time to dig in the wizarding world furthermore. Today we will make you take up the Hardest ever Ravenclaw Quiz. But before you become too excited, let’s look at some of the most important things about the Ravenclaw house. So let’s get started.

The Harry Potter series (both books and movies) is the world’s most widely popular fantasy series. But what makes them so popular among people? If we can describe in one word it would be the diversity that the books and movies carry within themselves. One of the most important symbols of diversity is the division of Hogwarts into four houses and today we are going to talk a little bit about one of the most fascinating Hogwarts houses, the Ravenclaw house.

As described by the sorting hat, the students who are sorted in the Ravenclaw house tend to be wiser, knowledgeable, and loyal. Since its foundation, the Ravenclaw house has given very intelligible and excellent witches and wizards. And throughout Harry’s stay at Hogwarts, we saw a great number of Ravenclaw students who became very close to him and even remained loyal to him for life. One of the most excellent examples could be Cho Chang. We all know this fierce Ravenclaw was nothing less than a Gryffindor and this shows with the decision to join Dumbledore’s Army against her parents’ will. Though the movies have shown her in a bad light as we saw her betraying Harry’s trust but real Potter heads know she was never at fault.

Another Ravenclaw who has become our favorite in books and movies is Luna Lovegood. It would not be fair to talk about Ravenclaw and not mention Luna. Introduced in the Order of the Phoenix, Luna is that mysterious, eccentric yet super cool character that nobody can ignore. Be it her way of dancing with her father or her way of saying “Exceptionally Ordinary”, we love her the way she is. For many of us, Luna has become a character that represents Ravenclaw. And yes, if we look at her character she does possess all the traits of the true Ravenclaw. 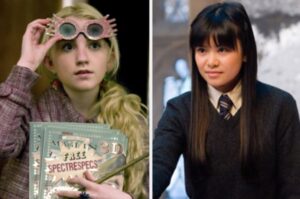 Though the Ravenclaw House is considered to be not so ambitious it was not the case when it comes to playing Quidditch. In fact, the Ravenclaw Quidditch team has even won against Gryffindor. The next thing about the Ravenclaw house that is worth taking into account is the support they always gave to Harry. Be it by joining Dumbledore’s Army or standing up to defend him in the battle of Hogwarts. One of the most important sacrifices was the destruction of Rowena Ravenclaw’s diadem and of course, the many lives lost in the battle.

Like all the other houses Ravenclaw has been one of the most loved and loving houses of all. No matter if they win the House cup or not they are one of the worthiest contenders. But now let’s take up the Ravenclaw quiz and let us know how well you know Ravenclaw house.

The Hardest Ravenclaw Quiz Ever