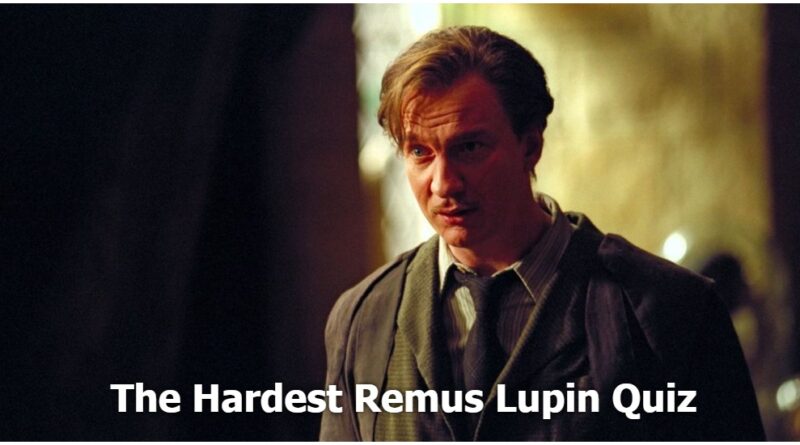 Hey Potterheads! The train to Hogwarts reunion arrived on January 1st and everyone is set to re-enter the magical wizarding world. In the meantime, to double your happiness we thought of revisiting some of the most underrated characters of the most beloved fantasy world.

No doubt the Potterverse is full of remarkably amazing characters, no matter if they are major or minor. But today we have chosen to talk about our most favorite Defense against the Dark Arts teacher, Remus Lupin. So let’s dive deep into Lupin’s character and then don’t forget to take the hardest Remus Lupin quiz on the internet.

Harry Potter Series majorly focuses on the life of Harry, but many characters appear for a very less time but make a great difference in the story as well as on the protagonist. Same goes for Remus Lupin a.k.a. Moony. Remus Lupin is introduced in the third part of the series as the new Defense Against the Dark Arts teacher but the golden trio first meets him at the Hogwarts train. When Lupin helps Harry from the Dementors, we get the idea that he is going to play a big role in Harry’s character development and thus contribute a lot to the story. And he does.

Among the many father figures Harry had, Remus Lupin is one of the best. Though many people knew about Harry’s parents, nobody before Lupin talked openly about the nature of his parents to Harry. But Lupin seems to understand what Harry felt like, maybe because of his own dark past. He does not openly tell Harry everything he knows about his parents and becomes a close confidant of Harry.

Besides this Lupin is by far the best Defense Against the Dark Arts teacher who really helped the young wizards of Hogwarts face their fears. He taught Harry the Patronus charm which helped him in almost every stage of his life afterward. Apart from all best he gave to Harry, Lupin’s character is also a victim of a dreadful past, just like Harry. His difficult life as a werewolf which became a little easy just because of his friends resembles a lot like Harry’s own life after getting Ron and Hermione’s friendship. Perhaps these similarities are the reason behind the awesome bond they share. 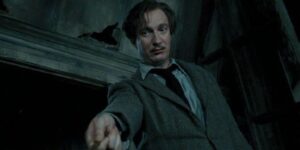 Last but not the least, we can’t forget that Lupin sacrificed his life in the Battle of Hogwarts, along with his wife Tonks. But we can’t deny that Harry just like a perfect Godfather brought up his son and surely he would have become a great wizard just like his father. Remus Lupin has to be one of the most trustworthy people for Harry. In comparison, the movies do not shed a lot of light on his character as the books but still that character of Lupin and his story is powerful and moving.

So that was it about our Moony and not scroll down and take a look at the hardest Remus Lupin quiz, we bet it is the hardest on the internet. Do not forget to tell your scores in the comment section. Best of Luck!