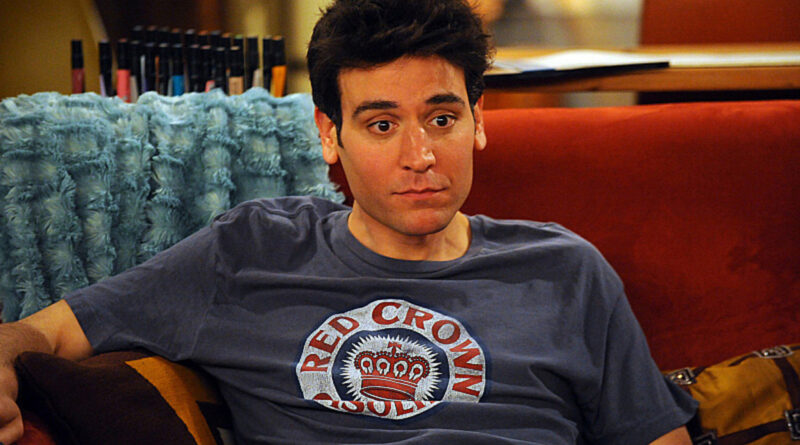 How I Met Your Mother begins with Ted telling his kids about how he met their mother and the series of events and incidents that led to that. In the series, Ted can be seen as a sensitive romantic person who is in a constant search for his soulmate and believes in the fact that he will eventually meet her. Well, this has also made him believe that most of the girls he dated were “The One”, which in turn has led to a lot of failed relationships in his life.

His search for “The One” usually ends up in the group of friends getting annoyed and Ted making a full of himself. His relationship with Jeanette Petterson does prove this to us when she attempts to stalk him and he considered that to be romantic which all his friends told him was stupid. Ted can also be seen having an interest in solving mysteries that involved his friends, although he comes up with incorrect conclusions. 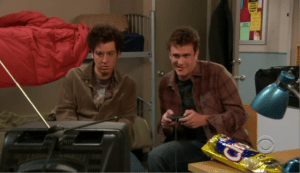 The friendship between Ted and Barney does break when Ted comes to know that Barney slept with Robin Scherbatsky, but after Ted meets up with an accident, Barney while on the other way to see his best friend also meets up with an accident. This made Ted realize that Barney still cares for him and they became friends again. On the other hand, Ted’s friendship with Lily Aldrin starts when they were in college.

Lily and Marshall then fall in love and date each other and go through ups and downs, and finally decide to marry each other. After their engagement, Ted feels that he even has to get married and starts searching for his Lily often used to do stuff to sabotage Ted’s relationships as she wants and sees herself and Marshall growing old with Ted and his future wife. Punchy was another best friend of Ted back in high school where they often used to end up hitting each other with fists during small conversations between them.

Though Ted had gone through several relationships, his relationship with Robin Scherbatsky did make the viewers feel that she was “The One”, they do not get married but the series ends with a scene that indicates that there was something. Throughout the series, they both can be seen confessing their feelings to each other and then breaking up and then again dating each other and again breaking up. So they eventually make a deal, that they would get married to each other if they both were single at the age of 40.

After it is revealed in the show that Robin and Barney get divorced, Robin develops more and more feelings for Ted and she becomes close to his kids to and they reciprocate in the same way. After the death of Ted’s wife, his kids do permit him to marry Robin. At the end of the series, six years after the death of Ted’s wife, he can be seen standing outside Robin’s apartment with a Blue French Horn.

Down below is the ultimate Ted Mosby quiz that is challenging you with 40 questions that cover almost everything from the show about Ted, so if you are a ‘How I Met Your Mother’ fan, this is definitely for you.

Checkout: The Hardest Barney Quiz Ever

One thought on “HIMYM Trivia : The Ultimate Ted Mosby Quiz”