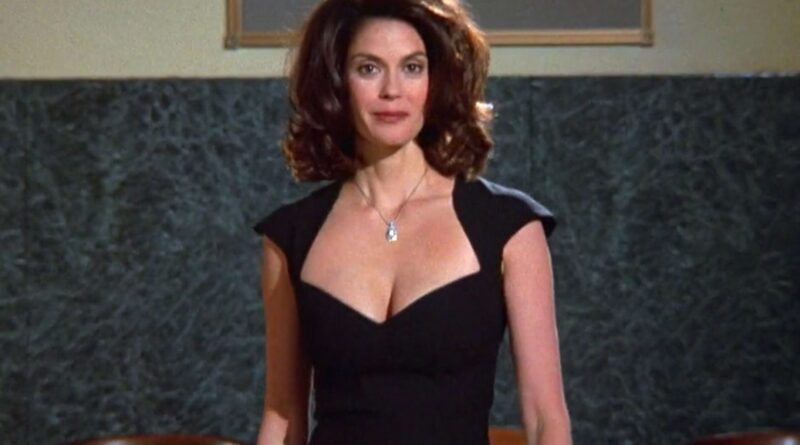 Over the course of the show, we saw many attractive characters on the show. In this article, let us look at some of the hottest female characters on Seinfeld. 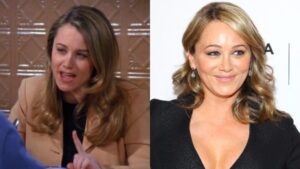 Ellen, played by Christine Taylor, was portrayed as perfect in every single way. But red flags went up for Jerry when he realized she didn’t have any friends and he started to fear she may be “a loser.” 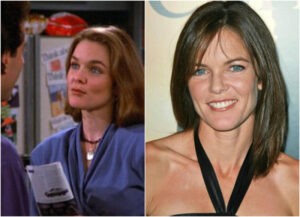 Dolores is Jerry’s girlfriend in “The Junior Mint”. She was played by Susan Walters. Jerry didn’t have the foggiest idea as to what her name was. All he knew was that it rhymed with a female body part (Mulva?). Whatever her name was, this mystery woman was very attractive. 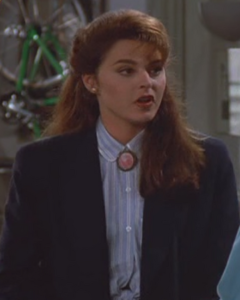 Marla is British, and her job is to design closets and expand closet space. Portrayed by Jane Leeves., she first appeared in “The Virgin” and later in “The Contest”. After dating for two episodes, she broke up with him because he told her about the “contest”. She is one of the hottest female characters on Seinfeld. 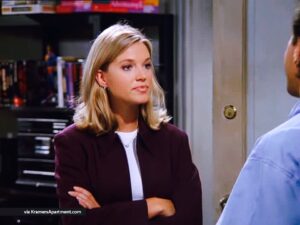 Claire was once one of Jerry Seinfeld’s former girlfriends. She only appeared once, in “The Voice”. Jerry did the voice for Claire’s stomach when she was asleep. Like the Kool-Aid man. Claire finds out about this and is obviously insulted. She then gives Jerry an ultimatum, their relationship or the voice. Jerry hilariously chooses the voice over her. 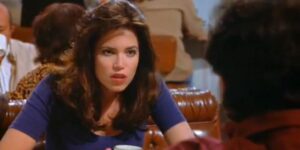 Rachel Goldstein is Jerry’s most dated girlfriend, except for Elaine Benes, having appeared in four episodes. She was gorgeous and lasted two more episodes than most of Jerry’s girlfriends. As an added bonus, she walked in on George naked after he was in the pool, and the term “shrinkage” was officially coined. 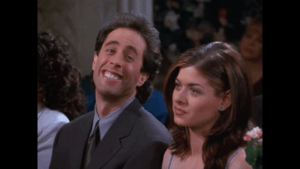 Beth Lukner is a minor Seinfeld character, portrayed by Debra Messing. Jerry seems to find Beth attractive, going as far as to “wait out” her wedding with David. After the couple separates, Jerry and Beth start a platonic relationship, with Jerry hoping to date Beth. In “The Yada Yada”, Jerry and Beth do begin dating, but when Beth is revealed to be racist and Anti-Semitic, he dumps her. 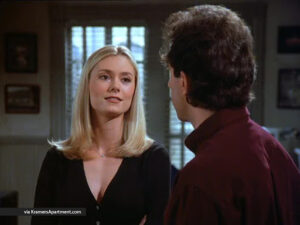 Nicki, played by Dylan Tays, appeared in the episode ‘The Calzone’. In the episode, she uses her ravishing good looks to get whatever she wants. Jerry obviously takes advantage to get whatever he wants, including obtaining tickets to a sold out movie and getting out of a speeding ticket. 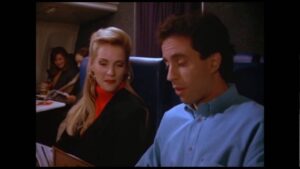 Tia Van Camp was a Calvin Klein model Jerry met on a plane. The two instantly hit it off for the entire flight and exchanged numbers in the airport as the paparazzi were snapping pictures of her. Everything was going well until she caught Jerry in “a pick” at a red light. Her cab pulled up next to Jerry while he was at a red light, and he was seemingly picking his nose. 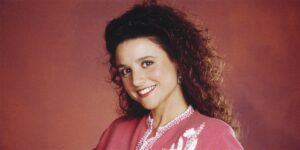 Elaine Benes is one of the leading cast of the show. She used to date Jerry Seinfeld, and their characters remained close friends. Her other main friends were George Costanza and Cosmo Kramer. Not to forget, she also had a little bit of grace. Of course, you don’t want a lot of grace. 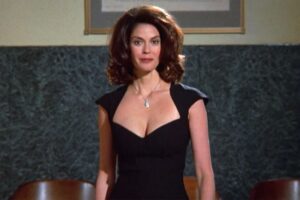 Sidra Holland, played by Teri Hatcher, was a true beauty. Jerry originally dumped Sidra because Elaine got it in his head that she had breast implants. He maintained that he could deal with a fake personality, but not fake breasts because you have to draw the line somewhere. Elaine later discovers that her breasts are real when she slips in the sauna and ends up grabbing them for balance.

Jerry suddenly had a change of heart but Sidra ultimately realizes that Jerry and Elaine are friends and surmises that they are in cahoots. Her parting words: “by the way, they’re real, and they’re spectacular!”