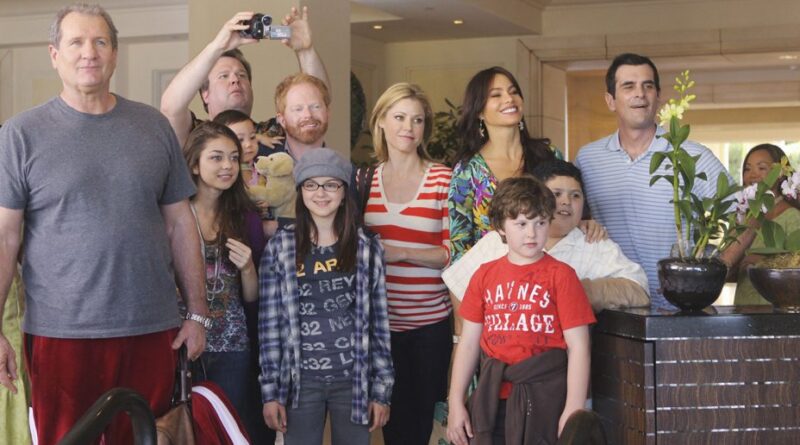 It’s been a couple of years since Modern Family went off the air after serving its viewers for eleven seasons. No doubt fans miss the show a lot. The weird adventure of the families and their even weirder ways of dealing with them made all of us laugh for years.

But even though the show was such a success, it has its own ups and downs. The result was that some seasons were better than the others and this shows in the ranking of these seasons across all ranking platforms. So today, we decided to have the Modern Family seasons ranked, from worst to best.

According to most of the major ranking platforms such as IMDb, Rotten Tomatoes, Metacritic, etc, here are the Modern Family seasons ranked. 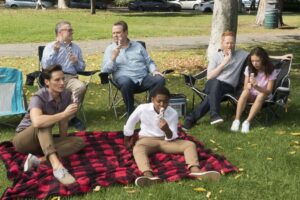 The only reason why season 9 is the least loved season of the Modern Family is that this season did not kick off well enough. The first few episodes of this season are the least rated episodes. But the creators of the show paid heed to this fact and the result is that we get one of the best episodes of the show at the end of the season. An episode like ‘Daddy Issues’ can hardly be ignored. But overall, this season does not fulfill the expectations of the audience and hence the low rating. On the tenth spot, we have season 10. This season highlights the state of mind people feel before having babies through the story of Haley and Dylan. This season is kind of a step towards the changing roles of our modern family where Phil and Claire become grandparents. The show highlights all these hidden aspects of life which are so important yet we fail to acknowledge them. Unfortunately, being a comedy show the show’s decision to make the stuff a little serious didn’t work in their favor of the show. 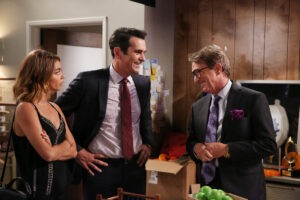 With a lot of confusion and hilarious storylines, season 8 of the Modern Family has a lot to offer but certainly, it failed to strike a chord with its audience because it is mostly not ranked as high as the first seasons. Though this season kick-off really well with ‘A tale of three cities at the end of the season the show lost the spark it was known for. Fans often call this season paved the way for the downfall of the show. But this does not mean that all the episodes of this season were complete failures. This season has ‘Five Minutes’ which happens to be a fan favorite. The final season of the show, season 11 might not be a fan favorite but it certainly is an emotional and memorable season. The journey of each and every character is reflected in this final season. All the characters are so different from what they were at the start of the show. It’s nostalgic to see every character accepting the new role they have to play in their lives. The growth of every character is phenomenal and the show will always be special for every Modern Family fan. Sitcoms have a long history of ‘uncomfortably weird dinner parties’. Keeping up with the tradition, Season 7 of Modern Family also features one of the weirdest dinner parties on television. But this is only one episode, the rest of the season is filled with many such instances which make the show such a delight to watch. With Jay’s stubbornness to prove himself younger than he is and his coming around to the fact that he is not, all this makes this season emphasize on many real-life situations we all have faced. And that’s why this season is quite memorable. 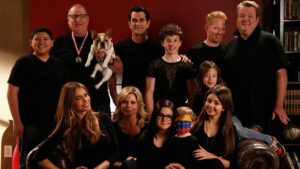 On the sixth spot, we have season 5, which is loaded with parental tips and of course, full-on comedy. The most important subplot of this season is Phil and Gil’s feud which takes many forms but it is so funny to watch this portrayal of adult fighting. This season definitely makes us realize how similar are adults to children. But the show preaches all this via its amazing comedy and hilarious punchlines. This season also won an Emmy for Outstanding comedy series along with a lot of nominations in multiple categories. 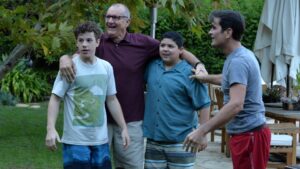 On number 5 we have Season 6. The most important part of this season is the introduction of Goria’s sister into the show. Sonia played by Stephanie Beatriz, is a multi-layered character that some might hate (especially if you like Gloria) and some might like. But we must admit the character really adds to the story of the show. Things really get messed up in this season though the triangle between Sonia, Gloria, and Jay comes to a resolution. The uncomfortable comedy makes this season really stand out among other seasons. On number four we have season 3, which should not be surprising as this is one of the initial seasons of the show. Like the first two seasons of the show, season 3 also has the best of comedy Modern Family has to offer. Great subplots that drive the action. And the most important thing is fresh and funny gags that elevate every scene. Just like seasons one and two, season three is a must-watch to get the best of Modern Family. 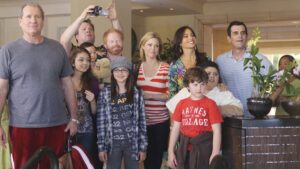 Considering the fact that season 1 introduced us all to the Pritchetts and Dunphys, we had to keep season one in the top three. Apart from that a lot of other reasons are responsible for why season one is a must-watch. The thing that stands out the most in this season is the fact that the characters are not fully formed and thus there is a lot of scope for changes. And we see those changes in the next seasons. But apart from that the characters of the first season are rawer and give a fresh vibe which makes this season even more hilarious. 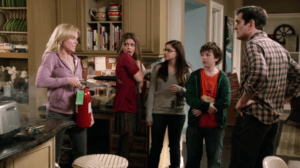 Though all the seasons of the show focus on the depiction of all the families yet what makes season 4 earn the second spot on this list is the story of Cam and Mitchell. This season did highlight the underlying theme of LGBT and brought it to the surface. There are also a lot of interesting subplots revolving around Jay and Gloria’s baby classes, etc. But with Cam and Mitchell’s “family playdate”, you cannot afford to skip this season of the Modern Family. The first season of the Modern Family was an instant hit and you can assume the expectations of the audience from season two. And we must say, it did not disappoint. The proof—this season alone got nominated for sixteen Emmy of which it won four. All the characters were now household names and their primary traits were very clear which helped the audience pick their favorites. This season also features some of the highest-rated episodes like Slow Down, Two Monkeys and a Panda, etc. With so many memorable episodes, the show is the most loved season of the show.

So that was our ranking of every season of Modern Family. Do let us know how much you agree with our ranking and which is your personal favorite season of the show.

One thought on “Modern Family Seasons Ranked, From Worst To Best”