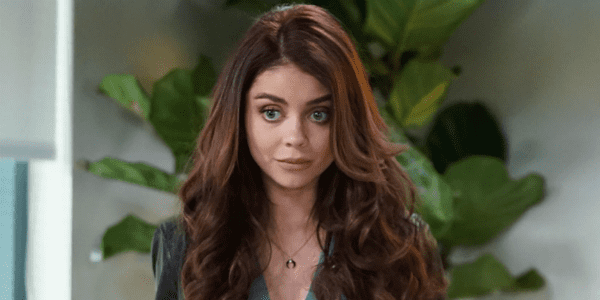 Hey everyone! Welcome to another fresh edition of the ‘Modern Family’ quizzes. As you might have guessed from the title, today’s quiz focuses on the eldest daughter of Phil and Claire—Haley Dunphy. So without any further ado, let’s take a deep dive into the most important aspects of Haley’s character, and then we will treat you with the ultimate Haley Dunphy quiz.

As the central theme of ‘Modern Family’ is the relationship between parents and children in a modern world, the show’s children are very important. Haley’s character is even more important as she is the eldest child in the show. She was introduced as a typical teenager who has a lot of problems with her parents controlling her life. Undoubtedly, she is a very well-written as well as brilliantly performed character because she is just like a typical adolescent kid who wants to live life on her own terms. Though, she has no idea what these terms really are? Clueless but determined to be right, are the most important characteristics that define Haley’s character in the first few seasons.

Adding to the list of Haley’s characteristics is her dimwit personality. She is very slow to catch a thing, which is more highlighted compared to her younger sister Alex. She often seems insecure about this as well. Claire often seems to be worried about her being not that smart. And maybe that’s the only thing that differentiates Claire and Haley. As it is very well established in the first season itself that Claire was very much like Haley in her teenage. She is rebellious, and always points out the ‘controlling behavior’ of her parents. Though Haley is not that intelligent, she is not that dumb either. In fact, Haley is kind of street-smart (which she probably inherited from her mother, Claire). Most of the time, while portraying a teenager, most shows depict teenagers as either careless and dumb or super smart but Haley is kind of in-between these two extremes. She is very popular among her classmates and has good relations with everyone. She is revealed as being an affectionate child but grew distant from her parents only during puberty.

Besides being portrayed as a rebellious teenager, her character becomes even more important as she is one of the few children whom we see from teenage to mid-life during the run of the show. As soon as Haley turns to her mid-twenties, she matures a lot and finally marries her boyfriend. She soon turns as a mother of twins. Haley’s character changes drastically during the show and we see her performing all the roles perfectly. So, Haley might appeal to you as a spoilt, teenage kid at first but she is just a normal girl and the writers of the show just struck the right chord with the depiction of such a kid.

So, that was Haley Dunphy in a nutshell. Now let’s jump to the ultimate Haley Dunphy quiz and see how well you know her. Don’t forget to post your scores in the comment section below.