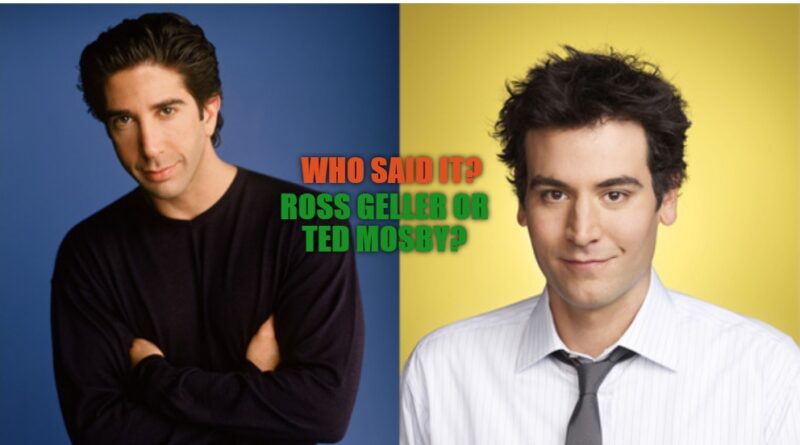 Hey guys! Welcome back to yet another trivia quiz where we will test your knowledge through the most popular and ever-green quotes from two of your favorite shows. Today we will pose a 30 quotes quiz that constitutes dialogues by Ross Geller from ‘Friends’ and Ted Mosby from ‘How I met your mother’. You have to guess who said it. Ross Geller or Ted Mosby? Before beginning the quotes quiz, let us look into some details.

How I met your mother and Friends are two of the most loved and the most-watched television shows in the world. Both have a lot of similarities as well. For starters, both the shows are centered on the life of a group of friends juggling love, life, and struggles on a daily basis. Besides having the same concept, both shows were different from each other. One big difference between the show was the ‘How I met your mother’ was set as a flashback where we already knew the result but still it did a great job hiding the ‘mother’. On the other hand, ‘Friends’ sought to showcase the lives of six friends who were each other’s family.

But the concept of ‘friends being your family’ is the same in both the shows and often ‘how I met your mother’ is accused of copying the same formula to get success. But the audiences know very well how both shows are extremely different from each other. Yet one cannot overlook the fact that the characters in both of these shows seem very close to each other. And today, we are going to talk about two such characters who seem very similar. Yes, we are talking about the architect Ted from ‘How I met your mother’ and our favorite paleontologist, Ross Geller!

Ted and Ross are very different in nature but their life journey was kind of very similar. First of all, both were insanely romantic and yearned for love for the most part of their life. Ross’s love story with Rachel and Ted’s tragic tale with Robin was the most important part of both of these shows. And they got the love of their life in the end. Both the characters have a lot of similarities besides having a love story as the most important part of their lives. Besides these, both are passionate about their profession. This may not be a major subject shown on the show but they are kind of geeks who are very passionate about their careers. 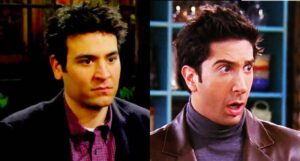 Another important trait of both these characters is their commitment to their friends. They respect their friends and their decisions and always stand by their side. And we must admit, everyone wants a friend like Ross Geller or Ted Mosby. But now it’s time for you to take the most amazing quotes quiz and see how well you know these amazing characters. Don’t forget to tell scores in the comments!

Who said it? — Ross Geller or Ted Mosby?