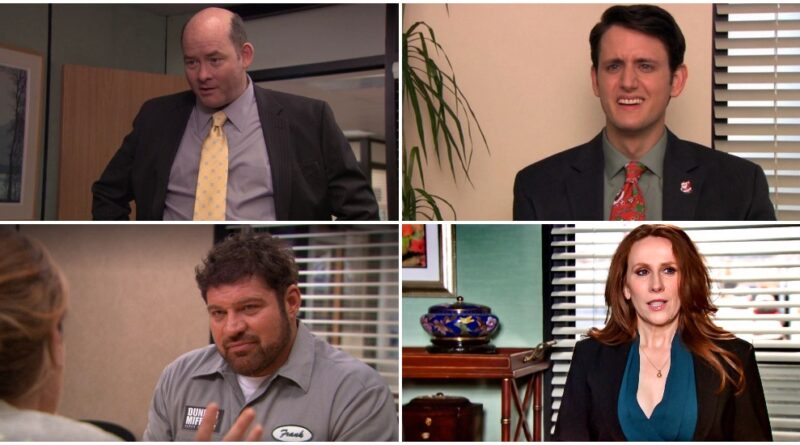 The Office might have given us the most iconic characters in Michael Scott and Dwight Schrute but that doesn’t mean that show had a lack of bad characters. Contrary to that, the show always balanced its content with characters that were different from each other. And we have talked enough about the most loved characters of the show, so today we are going to rank the 10 most hated characters on The Office.

Often these characters were recurring but some of these have appeared only once or twice but the cringe and annoyance they bring along are real. So, without any further ado, let us check the 10 most hated characters on The Office. 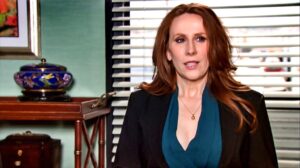 After Michael left Dunder Mifflin, almost everyone got the chance to be the manager of the branch. So why not a woman with the most irrational and most unprofessional behavior? That’s how we were introduced to Nellie. And it would not be wrong to say that the fans of the show hate her from the moment she was introduced into the show. She is also unnecessarily very rude to almost everyone and takes up Andy’s position without any official notice. All and all, Nellie is the epitome of confusion who has no idea of anything. She is sometimes rude, other times overly sensitive so no one knows what to expect from her. On our list, Nellie stands in 10th position. 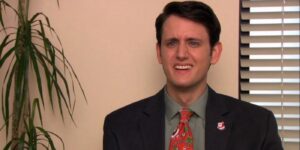 It would be right to say that Gabe’s character was nothing but an ass-kissing employee of the corporation whom nearly nobody liked. He was introduced into the show after Dunder Mifflin was merged with Sabre. Gabe’s robotic ways to fulfill each and every instruction of the corporate made everyone hate him. Even Dwight couldn’t stand Gabe. Soon after, Gabe started going out with Erin making Andy angry. And he even pissed her off with his dominating and annoying behavior. So this robotic employ of Dunder Mifflin Sabre stands on number nine on our list of most hated characters. 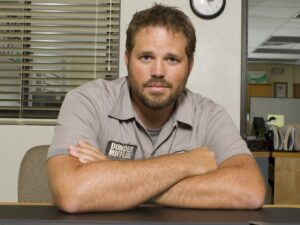 Roy’s hate solely rests on our love for Pam. And we all hated him even more because Jim was right there in front of us. Roy was introduced as Pam’s fiancé and it is hinted from the very start that everything is not good between them. And throughout the first couple of seasons, we see Roy dominating Pam and often taking her for granted. But it was after Roy tried to hit Jim that Roy became one of the most hated characters of the show. Though Roy apologized for it yet he never made a place in Pam or the audience’s heart. He remains one of the most hated characters on The Office. 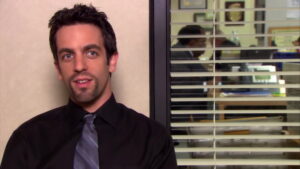 Every single person who would see the first two seasons of The Office is bound to think that Ryan is the most normal guy and he actually is quite normal until he gets power and money. After becoming VP of Dunder Mifflin Ryan treats everybody as if they are inferior to him and how can we forget him annoyingly say, “How is my favorite branch doing?” Like anybody cared if he asked or not? On top of everything, Ryan is seen making Kelly miserable all the time. He makes her break up with Darryl and then break up with her. His behavior towards Jim is also very rude which also contributes towards him being one of the most hated characters of the show. 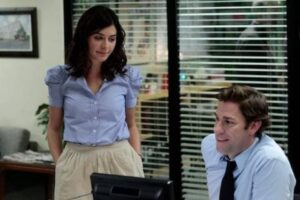 Cathy appears in very few episodes but she is undoubtedly a very bad character that every fan of show loves to hate. She comes as Pam’s replacement in seasons 8 and it seems like she literally took herself to be Pam’s replacement. Cathy doesn’t interact with many characters but she starts taking extra interest in Jim. She ends up trying to seduce him when they go on a business trip. All thanks to Dwight, Jim saves himself from Cathy and she is removed when Pam comes back after her leave. But this single incident is enough for us to hate her more than any character. 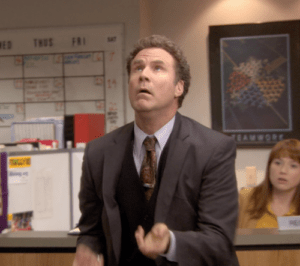 Deangelo came as a replacement for Michael Scott as the manager of Dunder Mifflin Scranton when he chose to leave the branch to be with Holly. Even after spending a little time with Michael, Deangelo failed to grasp anything which made him likable. Instead, he was totally the opposite of Michael who didn’t make any real connection with his employee. On the contrary, he tries to divide them by making an inner circle of a few selected people. Deangelo’s character never really fitted the storyline and was undoubtedly annoying. Thankfully his character was cut short just after four episodes. 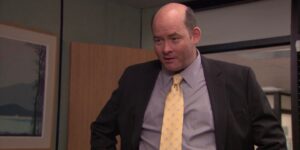 Todd Packer is a recurring character of The Office and the hate for this character is really intense. Firstly, Todd is very rude to everyone in the office and his remarks are very racist sexists, and uncomfortable. No wonder nobody likes him in at Dunder Mifflin Scranton. Instead of being Michael’s best friend, nobody really wants to even talk to him. At times Michael even gets to know how he harasses people but fails to take a stand for anyone. Though Toby doesn’t complain about him to the corporate but Holly makes Michael see Todd’s unhealthy humor and he was fired from Dunder Mifflin. 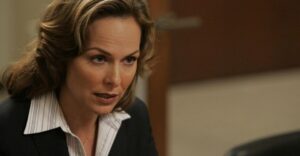 Jan Levinson was supposed to be a temporary character of the show but the chemistry between Michael and Jan made the writers change their minds and it changed almost everything. When Jan and Michael hooked up it became very obvious that they are going to go a long way but that didn’t happen. Thanks to the awful behavior of Jan. She made Michael’s life miserable as revealed at the dinner party. It was very clear from Michael’s side that he loves Jan but she becomes really obnoxious and hard to live with. Jan’s behavior made people hate him so much. Jan has to be in the top 3 most hated characters of The Office. 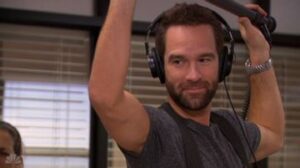 It’s hard to believe that a character that has not even been introduced on the show properly can get so much hate from the fans. But believe it or not, it’s true. Brian who was the boom operator of the documentary seems to have grown a crush on Pam and he comes to comfort her when she breaks down into tears because of her difficult relationship with Jim. He also saves her when Pam is attacked by Frank in the parking space. Since he was coming in between the most perfect couple of the show and healthy marriage, nothing but hate greeted this storyline and that’s why Brain is on the number two in our list. 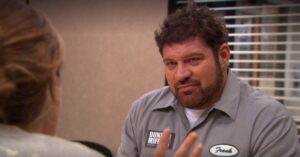 This background character of the show was introduced in the most awful way possible. Frank is the warehouse guy who destroyed Pam’s mural artwork by making a pair of butt on it, breaking her heart into pieces. When Pam gets to know who is behind the defacing of her mural she takes her revenge by painting obscene pictures on Frank’s truck which makes him furious and he even tries to hit Pam. Though Pam is saved by Brain, the boom operator saves Pam but it starts the fans’ never-ending hate for Frank as he did this to Pam without any reason. And he also gets fired for the same.

So that was our ranking of the most hated characters on The Office. Do let us know which character you hate the most on The Office in the comment section.