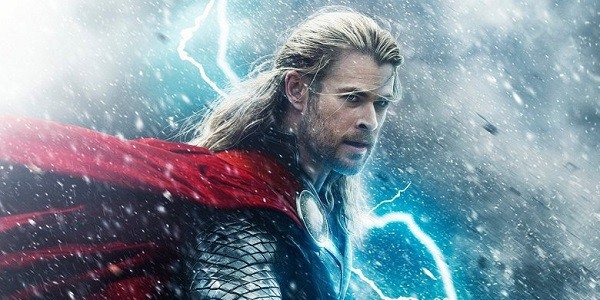 We have omitted characters that are either one of the following; cosmic characters, universe creators, neither good nor bad, negative characters, and angels. Here are the 20 most powerful Marvel superheroes of all time. 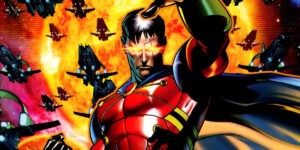 Gabriel Summers is a mutant who used to be the Emperor of the Shi’ar Empire, and his name is Vulcan. He’s been sent to battle Starjammers, Inhumans, and X-men all at once. The reason we have included him in the list is that we’re impressed by his ability to control a total of seven elements, including water, wind, fire, earth, and three extra ones, electricity, darkness, and light, in addition to the normal ones. 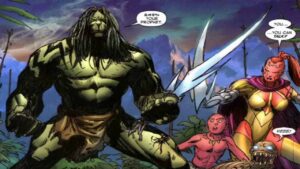 Skaar is the Hulk’s kid. Skaar’s father was one of the most powerful characters, but his strength rivals that of the Hulk in an alternative universe. He also has a healing factor that surpasses even that of the great Wolverine. He is a very powerful Marvel Character and it’s very tough to manage to kill him, but the reason not to include him in the top ten is apart from these two incredible abilities he does not possess any great skill. 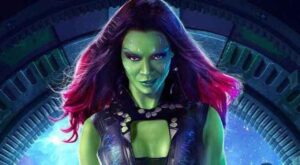 Gamora is naturally strong and agile due to Zehoberei’s composition, but Thanos enhanced her body with bionic enhancements to make her even more powerful. Due to ocular implants, she has superhuman strength and endurance, as well as improved vision. She, too, has a regenerative healing factor, which was bestowed upon her by bio-augmentations that enable her to rapidly recover from the majority of infections. 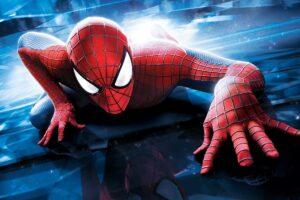 Spider-Man is defined as the proportionate strength of a spider, implying that if there was a spider just as the size of a human then it would have matched Spider-Man’s power. In the comics, Spider-Man is said to be able to carry up to 25 tons, which is more than twice the weight of a human-sized spider. But We can easily assume that Spider-Man is much better and powerful than the previous heroes, regardless of comic book logic. 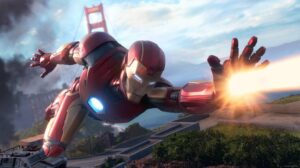 Tony Stark is a tech genius who has developed many innovations to aid his team, the world, and the universe. Stark’s Iron Man suit provides him with incredible power, defense, movement, lasers, explosives, life support, miniguns, and the ability to command and order other Iron Man suits. Stark is an incredible engineer but he has very little to offer in a fight without his iron man suit. 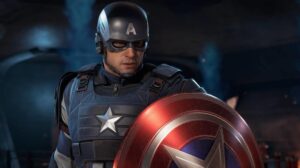 With his superior combat abilities, intellect, and years of experience, Captain is able to fight with even the most powerful villains and heroes. His courage knows no limits, either. When Thanos and Captain faced off in Infinity War, even Thanos was taken aback by Cap’s strength and courage. 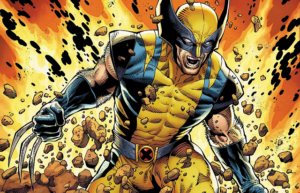 The healing factor that appears in Wolverine is perhaps the most well-known of all. Logan is one of the most recognizable superheroes of all time, thanks to his adamantium claws. Aside from his healing factor and claws, Wolverine has animalistic senses that give him enhanced hearing, sight, and smell, making surprise attacks against him impossible.

Born Erik Magnus Lehnsherr, Magneto is a master of magnetism and one of the most strong mutants to ever exist. Magneto can control any metallic object using the force of magnetism. If a person has enough iron in their veins, he can also regulate their blood flow. He can influence both of Earth’s magnetic poles in such a way that he can cause global devastation in his most strong state. 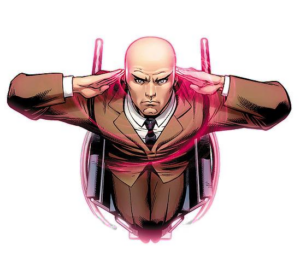 The next superhero on our list is Xavier. He has the ability to telepathically cloak himself and others, interact mentally with others, manipulate people’s minds and bodies, sedate or paralyze others, produce delusions, and even create a lethal psionic blast. Most psionic attacks are resistant to Xavier, making him difficult to handle. Xavier shifted his entire consciousness into another body to keep himself alive after his body was killed in X-Men: The Last Stand. 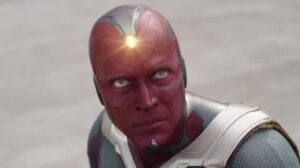 Vision is one of the most powerful Marvel superheroes. When you combine vibranium and an Infinity Stone with Tony Stark’s computer program, you get Vision. Vision can also tap into the raw power of his Infinity Stone, the Mind Stone, to unleash a powerful energy blast capable of slicing through any material, including vibranium. Aside from his incredible strength, Vision is a skilled fighter who can hold his own against the Avengers. 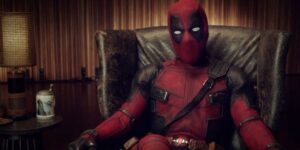 Most notably known for his obnoxious personality, Deadpool’s strength is often overlooked. While he might not have super strength per se, he does possess super healing abilities. Deadpool came into existence after an experimental treatment for his cancer that left him horribly disfigured but with a super-healing ability so powerful he has become completely immortal for all practical purposes. On many occasions, he’s continued fighting even after he’s been dismembered, beheaded, or blown up. 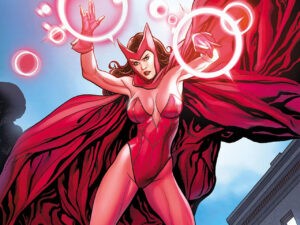 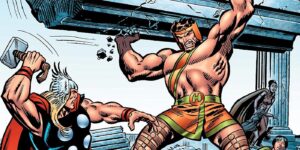 Hercules is the son of Zeus and he is over 3000 years old and is considered the most physically strongest character in the Marvel universe. He is even more powerful than Thor and the Hulk, and he once dragged the entire island of Manhattan, which weighed 99,000,000,000 tons. 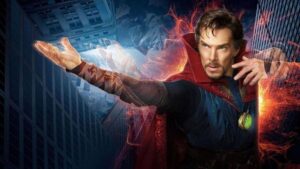 The next name on, our list is Doctor Strange. Strange is extremely strong, and he possesses a variety of abilities that demonstrate his dominance. His ability to control the environment is most notable for his ability to create barriers and platforms – as seen in the Battle of Titan – and to transmute objects. He is, definitely, one of the most powerful Marvel superheroes of all time. 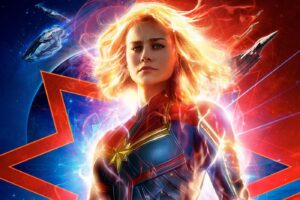 Captain Marvel holds almost all of Marvel’s long list of skills. Even including those that she hasn’t used yet, such as time travel and teleportation. Her flying speed is incredible, to the point that she can soar through space when transporting massive ships. So, even if she may not be the physically strongest character on the planet, she can certainly give the bad guys the hardest time.

The Hulk is a huge giant standing nearly 8 feet tall and weighing close to 1,400 pounds. So, he is not a character one wants to fight in close quarters with. The more enraged the Hulk becomes, the more powerful he becomes, making his abilities potentially infinite. If he ever faced a stronger enemy, he would become enraged that he was losing, then summon the power to beat them, simple as that. It’s better to not make him angry. Be it on the land or in the sea, the Hulk is a monster. You wouldn’t want to be around Hulk when he’s mad because of his raw physical power. 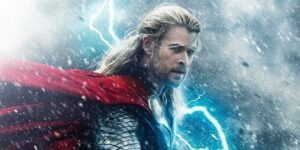 In the Marvel Cinematic Universe, Thor has been described as one of the most powerful superheroes. His hammer can be thrown with such force that it flies at speeds faster than that of light, dragging Thor along for the ride. Anti-force energy blasts can also be produced by the hammer. He was the only one who defeated Thanos in Avengers: Infinity War, and he has never seen the end of his existence despite battling beings capable of destroying worlds. So, there isn’t anything that can compare to the power of the literal god of thunder. 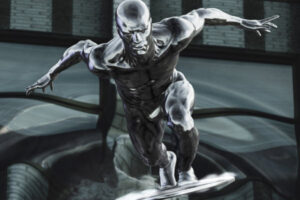 The Silver Surfer is capable of destroying whole worlds. The abilities of the Silver surfer are such that you could attack him for decades and he’d recover himself in a matter of seconds. The surfer has the ability to surf through universes at will, absorbing planets and other beings onto his board. He is truly indestructible, as he regenerates and continues even though he attempts to sacrifice himself. He is one of the most powerful Marvel superheroes of all time. 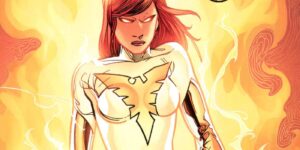 Jean Gray is undoubtedly the most powerful female superhero on the planet. She’s almost uncontrollably strong. This is a character who can endure the universe’s extinction. Not only that, but it has the ability to put another living being with it. The Phoenix Force can consume a star and transform it into a nova. Physical attacks have little impact on her, and she simply cannot be defeated. 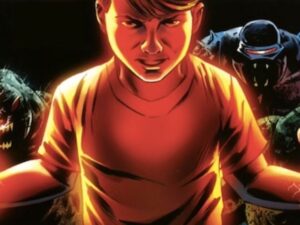 Reed Richards and Sue Storm had a son, Franklin Richards, whom they named after himself. He’s a mutant who’s a rare omega-level character. His most important trait is his ability to manipulate reality as well as command the universe’s fundamental powers. He is one of the most powerful mutants on the planet, with abilities comparable to those of the Celestials. He also has the ability to build pocket universes.  Once he made GALACTUS his bodyguard which shows his level of power. He can also create pocket universes.

Checkout: 20 Most Powerful Superheroes Across All Universe