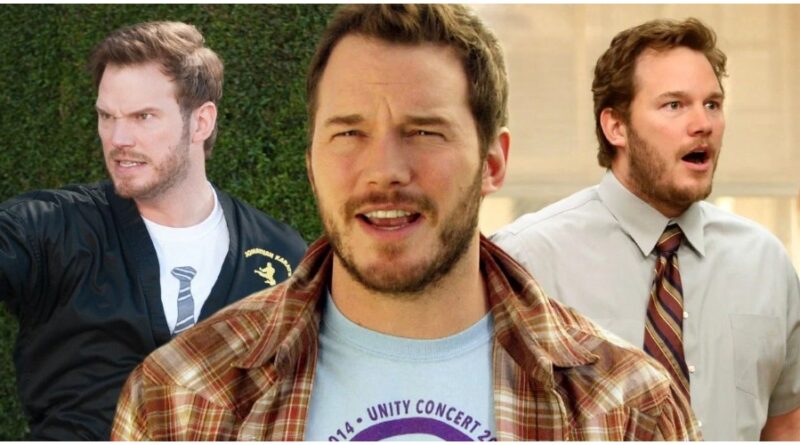 Hello guys, welcome to another edition of the Parks and Recreation trivia. In this article, we will test your knowledge about Andy Dryer. But before starting this Andy Dwyer quiz, let us look into some of the details about him.

In the initial stages of the series, Andy is dating Ann, who starts a career in nursing while on other hand Andy is seen to be lazy and without any aim in life. But as the show progresses, Ann breaks up with Andy, after he lied to her about how long he required casts on his legs, which would, in turn, help him get spoiled by her again, after he breaks his leg when he falls in the pit behind Ann’s house.

However, amid all this fuss, he gets a job with the help of Leslie, where he becomes friends with April Ludgate, with whom he dates, and also gets married after a month. Their relationship starts with April developing a crush on him which goes unnoticed by Andy. Towards the end of the 2nd season, Andy understands April’s feelings and starts reciprocating the same, but their age difference becomes a barrier. But then Andy does own up and asks her out, which gets rejected again because April perceived it as a leftover feeling for Ann. She later agrees to go out with Andy when he is hospitalized, but she storms off when Andy tells her that Ann had kissed her earlier in the hospital.

Andy had a career as a musician who didn’t get much fame. He played with the band Mouse Rat, although the band did not go farther than the indie circuit. His main inspiration was Dave Matthews Band, with his musical style inclined towards alternative rock and vocals similar to Eddie Vedder of Pearl Jam. In the initial stages, his music was quite vulgar and was bad, but after all, he went through from the beginning of the series, he wrote about his own life, like him falling in the Lot 48 Pitch behind Ann’s house and his love towards Ann and April and also the death of Lil Sebastian. Till then his largest shows were his performance back at Lil Sebastian’s and Pawnee Eagleton Unity Concert.

He once also sang for a co-workers nephew who paid him to sing on his nephew’s birthday, after which he realized that he had something towards children’s music, on the other hand, kids too loved him and he was enjoying his life doing the same, so April told him to make a career out of it. He did not agree with the whole concept of that initially and was quite reluctant but decided to go with it and came to be known as Johnny Karate, and also got his children’s TV show. Andy did occasionally go into character as his alter ego, covert FBI agent, Burt Macklin, whenever he and April role-play or try to solve local mysteries.

Speaking of the FBI, though he was quite aloof from what was happening around him, he did have good memory power. For instance, when he received the highest grade the police academy had ever seen on the written entrance test. Andy even had a cool ability to remember movies from top to bottom and was also able to memorize a long list of facts for his feminist college class. He even had high SAT scores, but in the show, it was mentioned that it was probably due to broken scantron machines. He also can be seen coaching a youth basketball team and lets them run wild as he preferred the hands-off approach..

Andy’s friends and also his girlfriend was always there for him in different stages of his life. In the episode “End of the world” April helps Andy to complete his dream before the world ends of becoming an action star. After which he revives his alter ego FBI agent, Burt Macklin who in one episode solves the mystery of who creamed Jerry with the pie. After some investigation, he finds out the assailant was aiming for Ben and also rises that Joe, the former sewage department employee was the perpetrator.

Another help which he got was when Ron and April encouraged him, who wanted to improve himself and decided to take college classes after. April was so helpful in his life that she at the end of Season 5, realizes that all his dream jobs were related to law and thus she encourages him to be a police officer. All this help and care by her does lead to them getting married and having 2 children even though April griefed previously in the show that they will become boring in their old age.

The life of Andy Dwyer seemed to be so interesting, filled with ups and downs, well then Andy Dwyer quiz would be even more interesting. Down below is one, try it out and let us know your score.