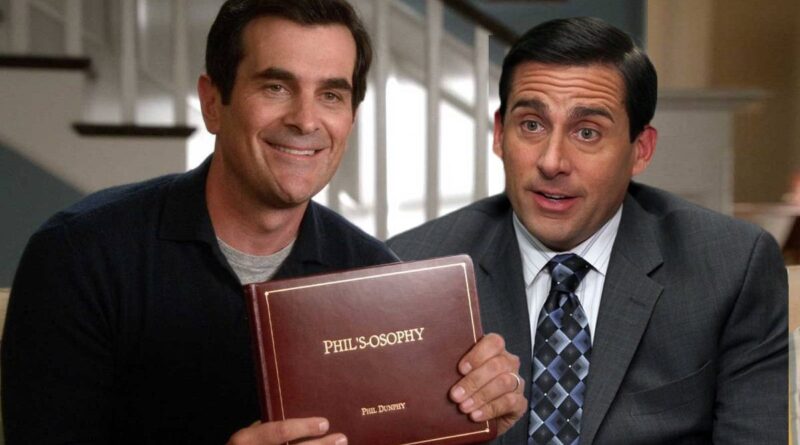 Hello everyone! Welcome to another edition of who said it quizzes. Today we are mingling the quotes from two of the most-loved characters of The Office and Modern Family. Yes, we are talking about Michael Scott and Phil Dunphy. Both the characters might seem very different to you but their character is very much alike. But before you jump straight to the quiz, let’s take a look at how these two very different characters are actually way more similar than we think. So let us start.

The first and the most important thing that makes Phil and Michael very similar is the fact that they both love to know each and everything that’s going on in the lives of the people around them. We can’t blame Phil for wanting to know everything that’s going on in his children’s lives but Michael surely comes obnoxious at times when keeps on interfering with the office workers. Now Michael is way more involved in other people’s lives than Phil, as Phil kind of knows when the interference is getting too much. And that’s how they are a little different as well.

The second thing that is quite similar between both characters is their love for the people around them. Phil loves his family more than his own life and for Michael Dunder Mifflin is his family. Sure they both make mistakes time and again which makes things bitter between them and other people, but they know how to patch things up. But in the case of Michael, it can take a long time but Phil’s realizations are instantaneous. But better late than never, right? Both our gentlemen know the value of their loved ones and that’s what makes them such wholesome characters.

The most important thing that is similar between Michael and Phil is that they are family men through and through. Now we don’t know Michael’s life after marriage. Similarly, we don’t know much about Phil’s life before marriage. But we do know how much Michael wanted to be a husband and a father, and needless to say, Phil’s story starts with his family and ends with them. Thus, both the characters might be different in a hundred ways but we know their core qualities are very similar in nature. In a way, Michael seems to be a younger version of Phil and Phil seems to be an older version of Michael.

So, these were the most important things that are similar and different between these super-loved characters of the most successful sitcoms of the century. It’s funny how ‘The Office’ and ‘Modern Family’ are two very different shows but one of their leading characters is so similar in nature. Do let us know what you think—Are they similar or not? And now, it is time to see if you can ace this ‘Michael Scott or Phil Dunphy’ quiz. Do let us know who is your favorite character between the two and don’t forget to share your scores in the comment section.

Who Said It? Michael Scott or Phil Dunphy?

Checkout: The Hardest ‘The Office Quiz’