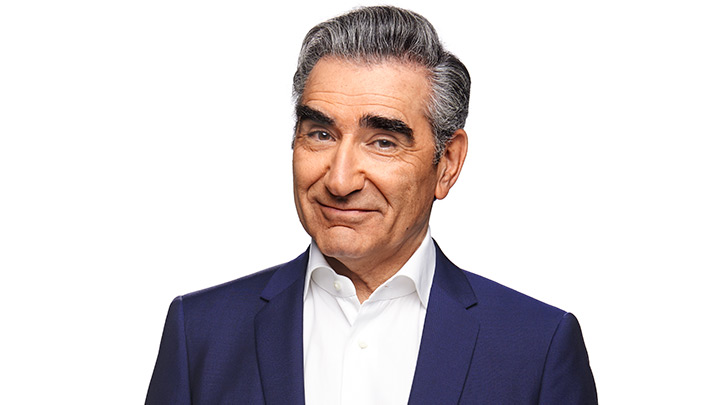 In the league of innumerable American sitcoms, Schitt’s Creek is a single television show which has become a fan-favorite of not only the audiences but of the critics as well. So what makes Schitt’s Creek such a successful show? Let’s find out in this article, and then we will also check how well you know one of the leading characters of the series – Johnny Rose. Are you ready to accompany the madcap Rose family to Schitt’s Creek? So let’s get started with this hardest Johnny Rose quiz ever.

In 2015, the Rose family became a victim of embezzlement. As a result, they had to move to Schitt’s Creek, a town they bought as a joke. How unbelievable storyline. Right? But this show took the television world by storm and in the course of six seasons, it became one of the most successful and entertaining shows of the 21st century.

A Canadian sitcom, Schitt’s Creek is full of humor and light-hearted gags that make the backbone of the show. And all credit for such successful writing goes to the show’s creators. To our surprise, the show is the brainchild of a son-father duo who actually plays the same on the show as well. The show is created by Eugene Levy who plays Johnny Rose on the show and his son Dan Levy who plays David Rose on the show. This is a huge factor that contributes to the success of the show. The show has won several awards in several categories over the years.

The next thing for which Schitt’s Creek is also considered to be a fan-favorite is its representation of the LGBTQ+ people on the show. Where many sitcoms are criticized for not including the community in the show, Schitt’s Creek stands out from the league of these shows. Other than this, the show has got every emotion in it. Apart from humor, there is ample drama, emotions, and heartbreak as well. Thus the show is worthy to be called a complete entertainer. One of the most remarkable things about this sitcom is that the family is the heart of the show. Over the years, most of the sitcoms revolved around friends and the love life of the central characters. But Schitt’s Creek is different in every way. The Rose family and their adventures or misadventures are proof of it. 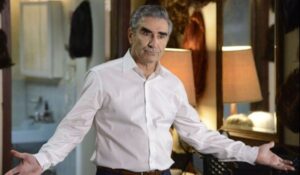 Now as we know the show is very successful in every sense, let’s talk about the achievements of the show. The show in its sixth and final season won as many as 7 Primetime Emmy Awards in the comedy category including the Outstanding comedy series, outstanding writing, and outstanding director. And the list does not end here, the shows all the leading actors won best actor/actress and the best supporting actor/actress as well. Thus, the show set a new record and became a benchmark for upcoming comedy series as well. But now it’s time to take up the “Hardest Johnny Rose quiz ever”. The rules are simple, there will be 30 questions, all related to Johnny Rose and you will have to choose the right answer. Let’s see how well can you guess! Best of Luck!

The Hardest Johnny Rose Quiz Ever