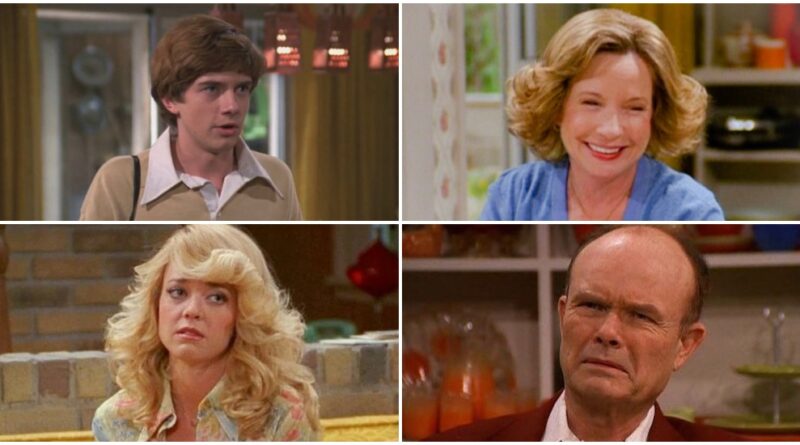 Welcome guys to another edition of that ’70s show quiz. In this one, we will test your knowledge of the Forman family. But before starting the ultimate Forman family quiz, let us look into some details of the characters first.

Eric is supposed to be the gang leader, but he doesn’t receive such respect from his friends. He is a typical character who comes up with plans and ideas which end up getting them in trouble. He is often picked on because of his physical appearance, his girlfriend on the other hand is physically much stronger than him. But being physically weak doesn’t stop him from defending himself or standing up for himself or his dear ones when triggered enough.

On one hand, Eric’s mother, Kitty, considers Eric as her precious baby and has a habit of being overprotective towards him. It goes on to such an extent that initially, she doesn’t like his girlfriend, Donna saying that Donna seduced her “poor boy and tricked him into having sex with her”. Other than having this protective behavior and jealousy over someone taking over her kid, she is a kind and caring character for the neighborhood kids except when she is stressed out, which ends up in her doing her famous laugh in a shrill voice while squinting her eyes

Eric’s father, Red Forman on the other hand is a war veteran who has more interest and favors his daughter Laurie more than his son Eric, whom he considers as soft and often called him a dumbass. But Red’s soft corner towards his daughter does make Laurie a spoilt brat. The father-son relationship did not always have a happy ending, as Red mostly ends up degrading his son by calling him names and giving him threats. Red prefers Hyde, Eric’s friend who moved in with the Forman’s when his mother left him, more than his son Eric as Red considers Hyde as an example of a better man than Eric. 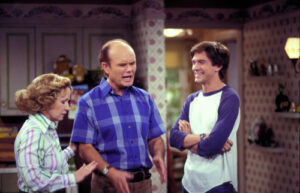 Eric has a major inclination towards sci-fi and superheroes. He even has a collection of star wars figurines and models. He even has a collection of GI Joe figures which he hasn’t given up over the years. Eric’s spiderman bed sheets and the comic books do reveal how much of a comic-book fan he is. He even inclines music and likes several bands such as KISS, Aerosmith, and Pink Floyd. He also is a Beatles fan and has been known to liken his group of friends to them, when he accused Jackie of “breaking up the band” with her romantic relationship with Kelso and Hyde.

Now, let us begin the ultimate Forman family quiz for the true fans of that ’70s show fans. Try it and test your knowledge about your favorite show.