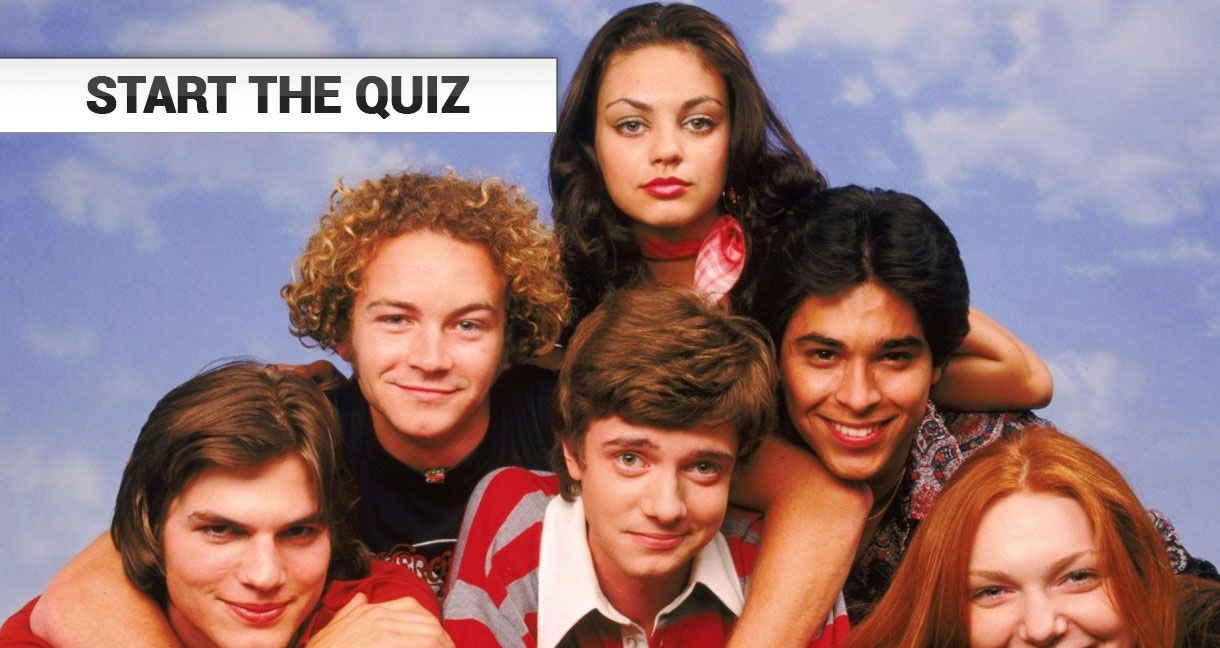 Welcome To The Hardest ‘That 70’s Show’ Quiz

In 1998, “That ’70s Show” premiered on Fox and would go on to last a successful eight seasons with 200 episodes. Starring Topher Grace, the series followed the young teen, Eric Foreman, and his group of friends. With a dynamic group of friends, the cast was rounded out with actors and actresses like Mila Kunis, Ashton Kutcher, Wilmer Valderrama, Danny Masterson, and Laura Prepon.

Created by Mark Brazill and Bonnie and Terry Turner, That 70’s Show was one of the most surprising hits of the late 1990s and early 2000s. The Fox sitcom was the only pilot of its debut year to stick around on Fox and eventually became one of its most successful shows, launching several of its cast members into stardom. Although Ashton Kutcher and Mila Kunis were arguably the biggest breakout stars of the show, every main cast member has since gone on to have successful careers in television.

Everything from the opening theme to the pot-smoking circle and the frequent dream sequences made the show an iconic hit. Additionally, it was released at a perfect time when children of the 1970s were now adults and could look back fondly on doing exactly the same things as the gang. 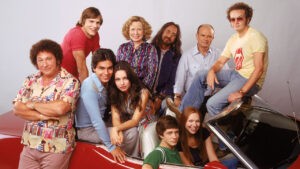 The show garnered 16 Emmy Award nominations during its eight-year run as it became Fox’s longest live-action sitcom since Married… With Children. It performed consistently well in ratings in its first seven seasons with a record 11.7 million tuning into the season one finale. However, without regular cast members Topher Grace and Ashton Kutcher, the eighth season struggled ratings-wise and only 5.8 million people watched the finale.

For eight years, you might’ve been “hanging out, down the street” with the Foremans, and if you were, this is the quiz for you! There are 25 questions in this quiz and you need to answer at least 20, in order to pass.

Checkout : The Hardest Friends Quiz Ever

Checkout : The Hardest Seinfeld Quiz Ever