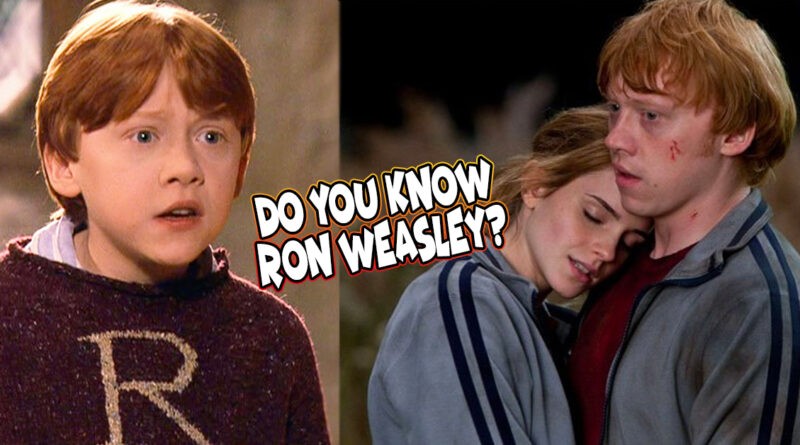 Today is all about the sixth and also the youngest son of Molly and Arthur Weasley. If you haven’t guessed whom we are talking about already, we are talking about the pure-blood wizard AKA Ron Weasley. Remember the year 1991? Ah, Ron had started attending Hogwarts School of Witchcraft and Wizardry at the time and became a part of the fantastic Golden trio, along with Hermione Granger and Harry Potter. Ron was also in the Gryffindor House, and they went on so many adventures together. The challenges that Ron faced along with his pals, included the time when they had to save Harry Potter’s godfather, whose name was Sirius Black. The guys had to save him from Dementors of Azkaban, and whether we agree to it or not, we all had fun watching all of them get past these hurdles.

Ron then skipped the last year of school to go on a venture with Hermione and Harry Potter. They went on to destroy all the Horcruxes of Lord Voldemort. Then in 1998, they fought in the Battle of Hogwarts. Remember when Ron lost his brother Fred? The time was so devastating, and we all hit rock bottom as the loss was so harsh on Ron. Later, Ron went on to become an Auror, and he helped in the revolutionizing of the Ministry of Magic. Two years later, he started working at Wesley’s Wizard Wheezes, along with his brother. 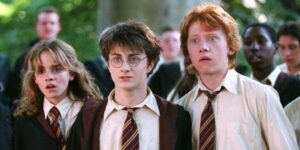 Leaving all of this aside, the best part about this series was Ron and Hermione getting married. We all crushed over these two, didn’t we? And watching them get married was the best thing that could ever happen to us. They also had two children named Hugo-Granger and Rose Weasley. How cute were they? Awww. We all love the Harry Potter series, don’t we? And more importantly, we all love Ron Weasley. It always felt so good to watch him and his pure heart. Ah, we think it is time to watch the series for 37392929292nd time now.

Ron was simply brave, loyal, funny, strong, and everything nice. However, a little bit of insensitivity was also a part of his personality. Moreover, the guy was a cutie, and he then became a handsome man, and all girls went ga-ga over him. But enough of our jibber-jabber about Ron. Now, we are going to zip our mouths and sit quietly. We have given you enough information, and revealing anything else will just ruin the fun, for us haha. 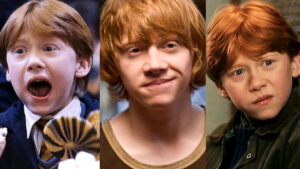 You know the drill, don’t you? We are going to throw the hardest questions about Ron Weasley at you, we are going to give you options, and hope that you have a hard time getting any of them right. If you think you know Ron Weasley from his head to his toe, we are sure you won’t hesitate to press the button and get started with the quiz. Let us warn you, the quiz won’t be easy, and we are going to make sure that you go watch the Harry Potter series on loop after you don’t score well in this Hardest Ron Weasley Quiz ever.

Checkout: The Harry Potter Quiz : Your Ticket To Hogwarts

4 thoughts on “The Hardest Ron Weasley Quiz Ever”