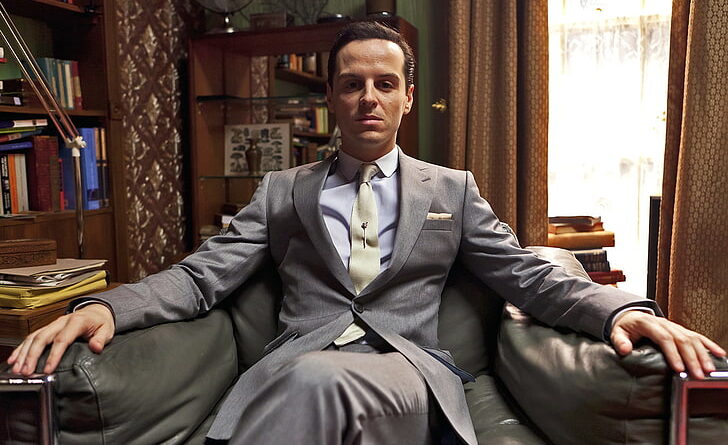 It is a British crime television series based on the story of Sir Arthur Conan Doyle, which is about the intellectual consulting detective – Sherlock Holmes. This series is about how Sherlock Holmes solves all the mysteries with his high observation skills. He is being consulted even by the top police officials. But Sherlock Holmes is always accompanied by his roommate and friend Dr. Watson. Sherlock’s logical reasoning skills are unbeatable, which makes everyone ignores his self-obsession and extreme pride over his skills.

Jim Moriarty is the only character who can match Sherlock Holme’s intellect. Initially, he is introduced as a friend of Molly, who works as a pathologist helps Sherlock Holmes in solving the mysteries. The chase between the two is portrayed in a way that makes everyone hooked up to the story. To the whole world, Jim Moriarty’s character is a mathematical professor. But in reality, he is a consulting criminal who is ruthlessly performing a criminal activity with extreme ease. He is always ready with a backup plan as he knows the way how Sherlock Holmes solves the cases. He is the perfect antagonist for the powerful protagonist, Sherlock Holmes.

Jim Moriarty is a criminal mastermind, which is the reason Sherlock Holmes describes him as Napoleon of crime. Sometimes he overpowers the main character with his smartness and the ability to think from Sherlock’s point of view. Because of which he blocks and challenges Sherlock in all the possible ways.

Jim Moriarty had an enormous admiration for Sherlock. He was fully aware of Sherlock Holmes’s emotions, weakness, strength, and strategy. Due to which it became easy for Jim Moriarty to create all types of riddles, then set back and enjoy the way Sherlock solves the puzzle. It makes it difficult for him to analyze and come up with the solution to reach Jim Moriarty. 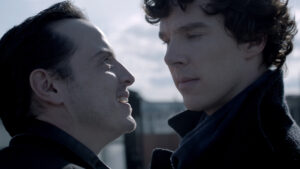 Jim always seemed one step ahead of Sherlock. Sherlock had no other option except to jump off the cliff to make Jim believe that he is dead. In this way, Sherlock found a technique to win Jim Moriarty. Benedict Cumberbatch and Andrew Scott were perfect in playing these characters, who gave life to our fictional characters.

Do you consider yourself to be a huge fan of the series? This Jim Moriarty quiz will test your knowledge. We hope you pass with flying colors.

The Hardest Jim Moriarty Quiz Ever