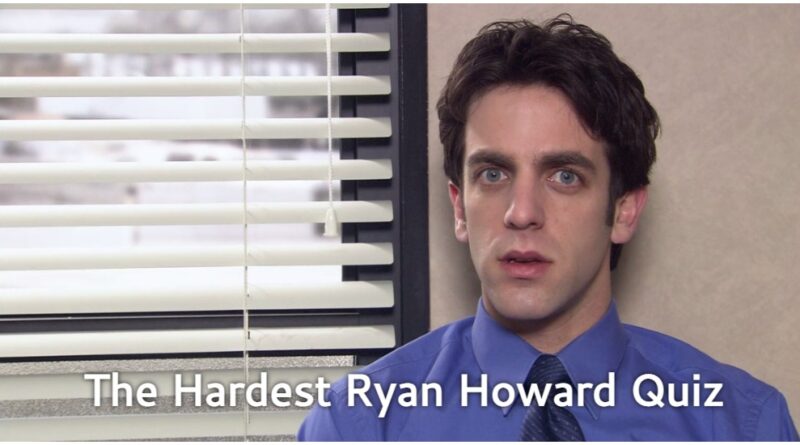 “Ryan started the fire! It was always burning since the world’s been turning… Ryan started the fire!” This song was necessary since it was only after this episode that Ryan became “the fire guy” which he never wished for. No matter what you call him the temp, the fire guy, or the wunderkind, Ryan Howard is one of the most layered and uniquely written characters of ‘The Office’. So today, we are going to talk about Ryan and then ask you some tough questions about him in the hardest Ryan Howard quiz ever. So get ready!

Ryan Howard was introduced as a shy, introverted temporary worker of Dunder Mifflin in Season 1 and for most of season 1, he remained quite limited in his character. He perfectly portrayed how a new employee, especially a temp feels in a new office. Instead of being the smartest and the most qualified employee in the office, his role was limited to doing small works. But like everybody else, Ryan’s character was modified. And this was the very season when Ryan became “the fire guy”. According to fan theories, he became a member of Dunder Mifflin Scranton in season 2 but Ryan left the office to achieve his ambitions.

The most interesting part of Ryan’s story is his relationship with his on-again, off-again girlfriend Kelly Kapoor. No matter how much Ryan denied it, he could not leave Kelly Kapoor even if he wanted to end it. Neither could he commit to her. And here comes the second most important part of his journey—Ryan’s problems with commitment. Ryan and Kelly Kapoor’s relationship may not be perfect like Jim Halpert and Pam Beesley yet this is the most underrated relationship of the show. All the credit for creating this eternal love-hate relationship in the history of the paper industry goes to both the actors who are also the writers of the show and thus played a big role in molding their characters.

Ryan is portrayed by B.J.Novak who is also one of the six writers of the show. One of the most important things about Ryan’s personality is being over ambitious and egoistic. And because of his qualifications and hard work he does achieve success but he loses everything by committing fraud which leads to his fall. 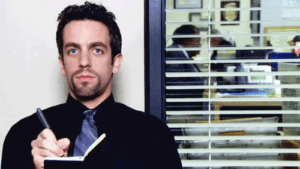 Ryan is one of those employees who fail to make even a single relationship in the office. On the contrary, he is seen to be jealous of Jim. Of course, he says he has mastered commitment in the last episode yet who can tell what he meant by that? Thus, Ryan is a complicated yet very interesting character of The Office but seems problematic in many respects.

No matter how problem the character of Ryan is yet he is one of a kind and no other character can replace that. So that was Ryan from The Office and now it’s time for you to take up the hardest Ryan Howard quiz and do let us know your scores in the comment section.

The Hardest Ryan Howard Quiz Ever

Checkout: The Hardest’ The Office’ Quiz Ever