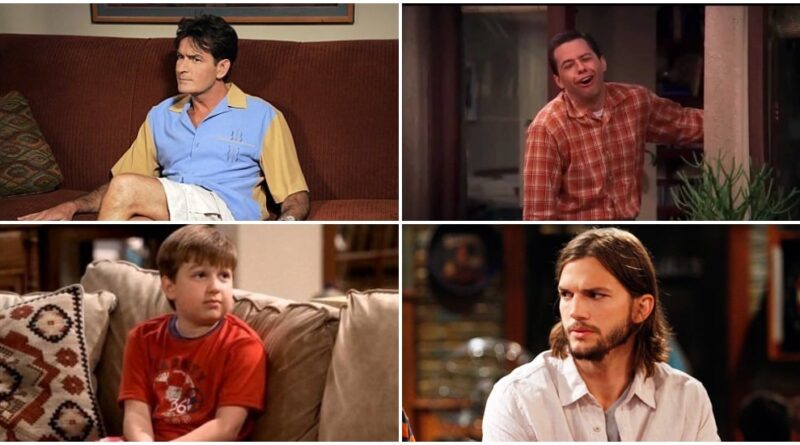 Hey guys! Welcome once again to a fun-filled quiz about one of our favorite shows ‘Two and a half men’. One of the most popular sitcoms of its time, the show revolved around the lives of Charlie, Alan, and Jake Harper. Needless to say, the show was great in its treatment of humor and comedy. It has been more than six years since the show went off-air but the show has a good fan following and if you are a die-hard fan of the show, this Two and a Half Men quiz is perfect for you!

Two and a half men ran for thirteen long years on CBS. The show was created by Chuck Lorre who has also given us shows like ‘The Big Bang Theory, ‘Mom’ etc. The series mainly showcased the lives of Charlie Harper, who was a middle-aged bachelor, his divorced brother Alan and nephew Jake. The show became an instant hit owing to the brilliant performances of the actor Charlie Sheen, Jon Cryer, and others. The show also had a brilliant supporting cast.

The most important thing that contributed to the overall success of the show was the charm and fun character of Charlie Harper. In an array of romantic heroes, Charlie’s carefree aura became an instant hit. To add to this, the show has characters like Alan who was totally different from Charlie. These two contrasting characters brought the show to the next level. And our “half men” Jake was the cutest little bundle of joy that gave a lovely touch to the story. The characterization of the show is one of the most important reasons the show became such a big deal.

The backbone of any story is the character development of the show. ‘Two and a half men’ also grew a lot gradually and slowly. We saw the adorable moments where Uncle Charlie grew thoughtful about Jake and how Alan became a responsible dad. But the character of Charlie was cut in between because of the major controversy between the actor and the creators of the show. But the show was not ended but revived and another character of Walden was introduced.  Though the show continued to had a good fan following but sadly the show did lose a big chunk of the audience. 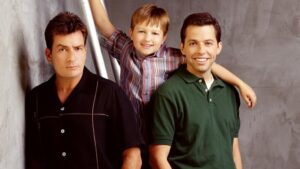 The character of Walden was played by actor Aston Kutcher, who did the show only because of the money as he admitted in an interview. The character did have characteristics like Charlie but he was not Charlie! Owing to the downfall of the show’s popularity, the show was ended in 2015 which saw a guest appearance of Charlie.

Despite being surrounded by controversies, ‘Two and a half men’ is still one of the most popular sitcoms on American television. But now it’s time to get out of the nostalgia and see how well you know our ‘manly men’. Don’t forget to tell your scores in the comment box.

The Hardest Two and a Half Men Quiz