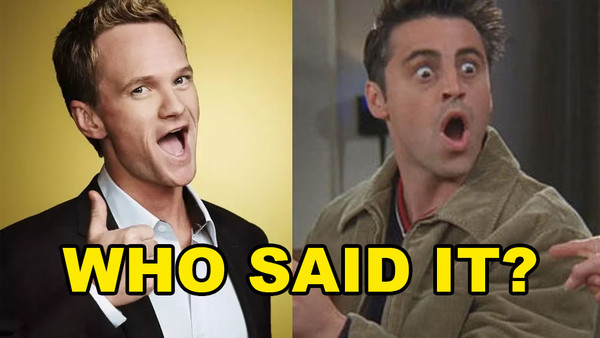 Welcome to another edition of television quizzes. In this one, we will test your knowledge on a quotes quiz based on Friends and How I Met Your Mother. You need to guess whether the quotes were said by Joey Tribbiani Or Barney Stinson. Before we start this quotes quiz, let us look into some details.

Both Joey and Barney played important roles in the success of their respective sitcoms. Both were shown to be multi-daters with a huge appetite for sex rather than romance. In the end, both end up finding the true value of love by falling in love with one of their friends.

Joey is often portrayed as a dumb, under-educated, struggling actor. He is always fooling around with different women. Though among all his friends he has the most terrible career, he is least bothered by it. Many of these things show his character in a bad light, but one most important thing is that he is always there for his friends.

Barney is, unquestionably, a master of picking up women. He is a womanizer who uses many ‘plays’ in his ‘playbook’ to help him have sex with women. The character is known for his love of wearing expensive suits, laser tag, alcohol, and various catchphrases, including “Suit up!”, “What up?!”, “legen—wait for it—dary!” and “Daddy’s home”. 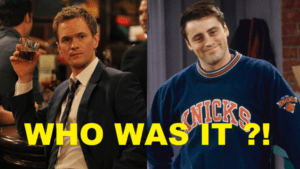 Both these characters had flaws and were shown in a bad light, especially in terms of women. However, one thing that we cannot deny is their love and care for their friends. Both of them were always there for their friends. As a result, they are also among the most popular of their respective groups.

That’s all with the information. It is time for the ultimate Friends or HIMYM quiz. You need to guess who said the quote, Joey Tribbiani Or Barney Stinson. There are 30 questions and you need to answer at least 24, in order to pass. Good luck!

Who Said It, Joey Tribbiani Or Barney Stinson?