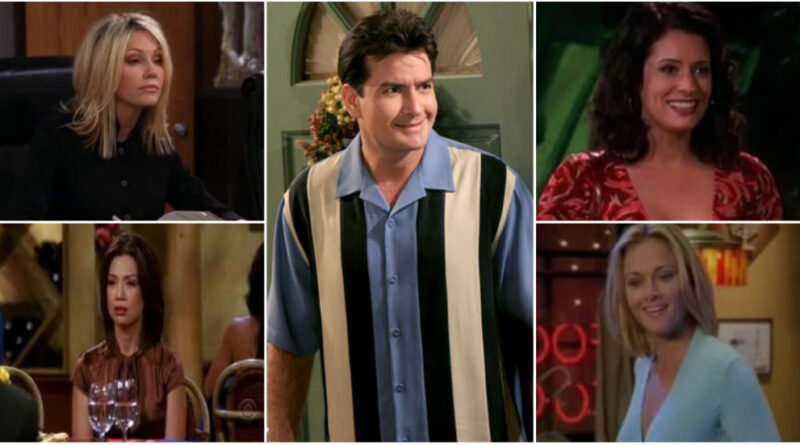 Hey everyone! Welcome to yet another amazing trivia on our favorite character of ‘Two and a half men’—Charlie Harper.  But today we will not ask questions about Charlie rather we will test if you know all his girlfriends, which, needless to say, were a l-o-t and that is what makes this quiz super fun. But before you jump into the Charlie Harper’s girlfriends quiz, let’s take a look at the trajectory of Charlie’s relationship with these ladies and the causes of him dying alone quite literally.

The reason why Charlie always uses girls for his pleasure and runs away from them is not unknown. They had been discussed by Alan quite a lot of episodes. In fact, Rose analyzed it pretty thoroughly that he did have some serious commitment issues which made him not stick to one woman for long. Though Charlie enjoyed his carefree life yet it didn’t satisfy him in the long run. One of the biggest reasons behind his commitment issue has to be his mother. Even though he was her mother’s favorite, we all know how much love and care did Evelyn gave to Charlie. Thus, Charlie never really had trust in any woman. As a result, he was always in denial of forming a real, meaningful relationship.

Throughout the first few seasons of the show, Charlie was constantly seen with a new girl in almost every episode. But one of the most constant has to be Rose. Though they never really dated conventionally (because of Rose’s weird stalking), they did share a good relationship. And it would not be wrong to say Rose of one was one of the most important relationships Charlie had. Whether they got married on their trip or not, only Rose knows but strangely enough, that very relationship led him to his grave. Maybe it wasn’t such a close relationship after all!

Charlie’s second most amazing relationship was with Lisa, introduced in the first season. Even though their relationship didn’t work out and she married someone else, it was the first time when it struck Charlie that what he is doing isn’t going to pay well. He even tried to change himself but in vain. And their relationship struck a chord with the audience because Lisa was a good woman who cared about Charlie and wanted good for him. 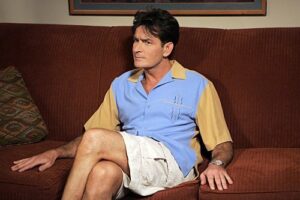 Now it is time for the best relationship of Charlie’s life, which, without a shred of doubt, was Chelsea. Charlie changed for good when he was with her. She was the only one who made him realize the importance of a relationship in life. The fact that they almost got married and settled in life makes the story even sadder. But due to the most absurd reasons, they blew it.

So among a sea of girlfriends that Charlie had, those were the top three. Do let us know who was your favorite? Now it’s time for you to take up the Charlie Harper’s girlfriends quiz and let’s see how many of these questions can you answer correctly. All the best!

Can You Name Charlie Harper’s Girlfriends?

Checkout: The Hardest Two and a Half Men Quiz